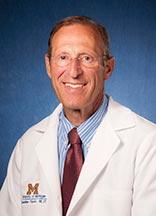 I was born in the United States, but my father’s social service work after World War II took the family abroad, where I remained until my college days. We lived in Austria, Switzerland, Italy, France, and Brazil, so I learned to speak and write German, French, Italian, Spanish, and Portuguese.

I came home to the United States in 1960 to attend Harvard College and then Harvard Medical School. Along with my medical school classmates, I was drafted into the U.S. military during the Vietnam War. I was fortunate to be admitted to the Air Force, and served 2 years as an ophthalmologist at Andrews Air Force Base in Washington, DC. There I had the privilege of caring for military dependents residing in the capital area and flown in from all over the world. Among them were pilots shot down over Vietnam, placed in solitary confinement, and deprived of light for months. I was relieved to discover that that terrible ordeal had not cost them any enduring visual problems!

My research has covered a wide spectrum of neuro-ophthalmic entities, as well as studies of utilization of health care personnel and application of clinical trial data to medical practice. In 2001, I was fortunate to be appointed editor of the Journal of Neuro-Ophthalmology, the leading journal in my field, serving until 2009. I have written and taught widely around the world and authored nearly 200 peer-reviewed scholarly articles. For the American Academy of Ophthalmology, I authored The Physician’s Guide to Eye Care, a widely used textbook. I have also authored The Eyes Have It, a web-based and mobile application designed to teach non-ophthalmologist providers and assess their ophthalmic knowledge. I am the author of a 2-day case-based interactive course in neuro-ophthalmology that has been conducted in many teaching programs in ophthalmology in the United States and across the planet. It was later certified as an official course offering of the European Neuro-Ophthalmology Society (EUNOS). I am the ophthalmology editor for UpToDate, the largest online resource for medical information in the world, and I serve as neuro-ophthalmology editor for Neurology Medlink, an online resource in neurology.

Michigan Research Experts Profile
The Eyes Have It