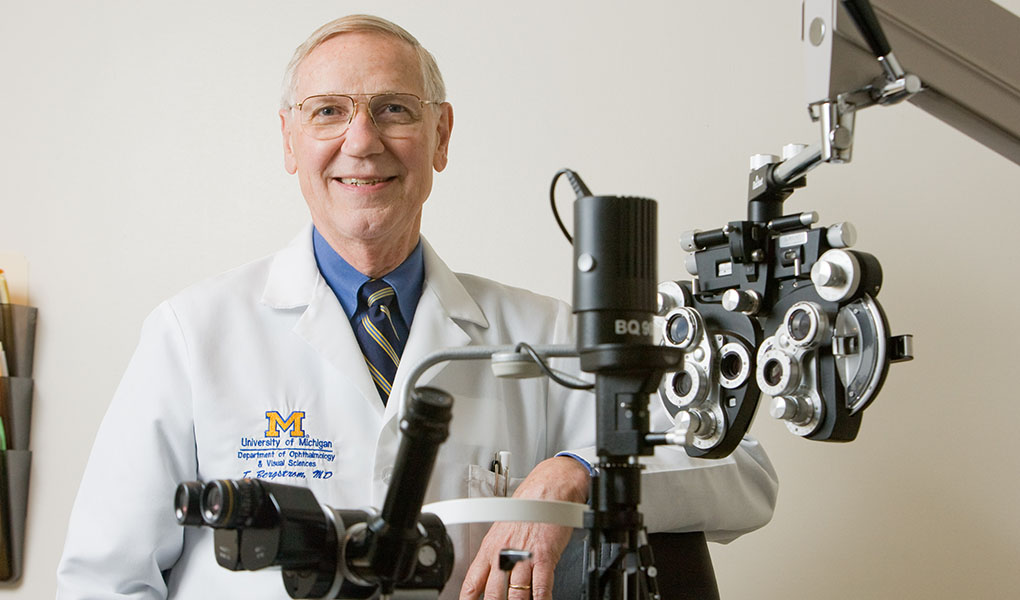 Terry J. Bergstrom M.D. (M.D. 1965, Residency 1969, Fellowship 1975), professor emeritus of ophthalmology and visual sciences, died June 23, 2019, at the age of 85. Dr. Bergstrom pursued his ophthalmology training while serving in the U.S. Air Force. Over the course of his 26 year military career, he served as a flight surgeon and chief ophthalmologist at March Air Force Base in California and the USAF hospital in Wiesbaden, Germany. He received the Legion of Merit award upon retiring at the rank of colonel.

In 1980, Dr. Bergstrom returned to his alma mater and joined the faculty of the Kellogg Eye Center, where he practiced for 24 years and continued to work as an emeritus professor. His numerous accomplishments include serving as chief of the glaucoma service, chief of the low vision service, residency program director, and chief of the comprehensive ophthalmology service. He also served as chief of ophthalmology at the VA Ann Arbor Healthcare System.

“Terry’s contributions to education at Michigan were transcendent,” says Professor Jonathan Trobe, M.D. “His passion for teaching lives on through our resident teaching award, which was renamed in his honor after being bestowed upon him for 14 consecutive years.” An endowed professorship was also created in his name by grateful alumni and patients.