At Michigan Orthopedics, we realize that professional development and education are a continuum through advanced degrees, residency / fellowship (clinical or post-doctoral) and beyond. To assist in the continuing development and education of all of our advanced life-long learners, we are regularly engaging our robust University / Michigan Medicine resources, innovating with our collective initiative, and actively improving our professional lives by incorporating expert and evidence based ideas from orthopaedics, medicine and beyond.

* For those continuing to follow, February WorkLife topic is " Become friends with your rivals" (S2 E2)

* For those continuing to follow, February WorkLife topic is "Bouncing back from rejection" (S2 E7)

* For those continuing to follow, February WorkLife topic is "How to trust people you don’t like" (S1 E5)

Bonus – M Box to DropBox. In preparation for the migration create a U‑M Dropbox account.

* For those continuing to follow, February WorkLife topic is "How to Love Criticizm" (S1 E1)

5. A few others of potential interest.

* For those continuing to follow, February WorkLife topic is "Burnout is everyone’s problem" (S3 E2)

Resident Burnout: Why are we still missing the mark?

In this podcast Dr. Bhandari chats with Dr. Leen Najo, and Dr. Zahra Sohani about the findings of their study on resident burnout, and the need for a culture shift to combat this complicated crisis.

Traditional Training Isn't Cutting It: The Promise of Virtual Reality

Drs. Goel and Bhandari discussed the use of virtual reality (VR) in orthopaedic surgeons’ education. Our discussion uncovered 3 core themes. These themes and their supporting insights are highlighted below.

Women make up more than half of medical school graduates yet less than 15% are in orthopedic training. Why? Is orthopaedics hostile towards our female colleagues?

5 Critical Habits To "Think" Bigger in Your Career.

At every level in your career, and in any career path you have chosen, those who develop strategies to cut through the noise and find signal will distinguish themselves above the rest.

Surgery outside the OR

Education - Virtual and Augmented Reality in Healthcare: How to Integrate this into your education and training

Mentoring – A few different resources below:

Mindfulness: has been demonstrated in education and professional life to decrease stress

Education: Medical Education Symposium – register HERE (can sign up for just what you want, have time for)

Leadership: keep on keepin' on

Mindfulness: has been demonstrated in education and professional life to decrease stress.

Lab / Research: workshop that may be helpful for faculty, especially those junior, focused on research

Improving your life at work:

As you may have felt or realized, there is so much more to “work” than your primary professional activity. Mastering some of these other aspects enhance our professional activities (eg, learning behavior change, negotiating) and others simply contribute to greater emotional satisfaction (eg, being engaged rather than lonely).  Wouldn’t it be great to learn about these topics, be entertained and not feel like you wasted time doing it?

Let Michigan alumnus/luminary, NY Times best seller, Wharton professor and engaging human, Adam Grant, introduce you to some different ways of thinking and behaving in your work life  He has helped millions of people understand nuances around give-and-take, thinking and learning. You can start by listening to his Podcast Work Life, in ~40min episodes. Academic enough to intrigue your science brain and easy enough I can listen, think and even exercise at the same time.

If this really instigates thought and action, great.  If not, no problem.  It will at least entertain you if it doesn’t teach you something; and it will give us a common language and group of topics to consider beyond the “work” of work. So with that said, please look beyond your next case, next patient, next grant, next experiment and engage in making work more fun and meaningful.  You can find the thought-provokers here https://www.adamgrant.net/podcast/ or on any of your post cast players.  After listening and considering, we will engage and further exchange ideas.

New Behavior 1 - after every half session of clinic / every surgical case with a resident (could be as your closing?), ask them “What do you think went well?” & “What do you think you did well?”  When they answer, nod affirmingly, thank them and move on with your day. Resist the urge to discuss more.

New Behavior 2 - after their response, tell them if you agree or not and why; then, you tell them “I think [XYZ] went well and you did [ABC] well.” Thank them for participating and move on with your day.  Resist the urge to discuss what went poorly or what you would change, do better.

New Behavior 3 - then ask “What would you do differently?”  When they answer, nod affirmingly (or mysteriously), thank them and move on with your day. Resist the urge to discuss more.

New Behavior 4 - after their response, tell them if you agree or not and why; then, you tell them “I think you/we could have done [XYZ]. Next time, consider [ABC].”  Then thank them for participating and go on with your day.

Grand Rounds - understand the evidence and science of feedback and the Pendleton Method with educationalist Chitra Subramaniam PhD (education), toward a better practice of formative feedback

Part 2 - Competency and the O-Score

New Behavior 1 - For the next short week, before each case you perform with a resident (A) ask them to rate their expected performance on the scale of 1-5 below and then (B) perform the procedure toward that rating and (C) discuss their performance relative to their rating after the case.

New Behavior 2 - For the next week, after each case you perform with a resident (A) ask them to rate their performance on the scale of 1-5 below and then (B) you rate them on their performance; and finally (C) compare and discuss.

Grand Rounds - understand competency based surgical education and the O-Score, towards a better practice of formative feedback with Markuu Nousiainen MD, MEd, FRCS

While orthopaedic surgery is among the most demanding in medicine for exacting and sequence oriented technical execution, our learners remain focused on mentorship based hands-on learning in the real-time OR environment that is primarily supplemented by strong cognitive efforts outside of the operating room.  Unlike other performance based disciplines such as sports or performing arts, rehearsals, practices, scrimmages and the like remain secondary.  And unlike other life-or-death engaging fields like aviation, technology and innovation driven simulation is not forefront.  Recently, however, there has been emerging interest in the implementation of XR to enhance orthopaedic surgical education and evidence to support it.  Therefore, in 2021, we plan to: 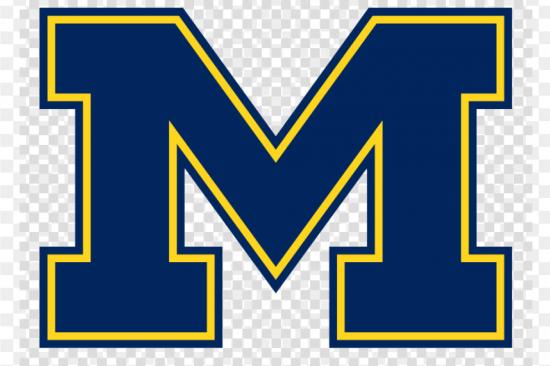