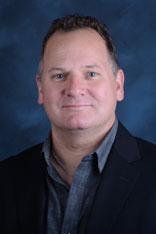 Dr. Hankenson works at the interface of basic and clinical research, encompassing what is commonly referred to as “translational research”. The primary goal of his research is to utilize basic science discoveries to inform new clinical treatments for orthopaedic regenerative medicine. In this respect, his laboratory integrates cutting-edge cell and molecular biological techniques with system-wide studies in animal models, particularly mice, to interrogate the most relevant questions in bone biology. His laboratory is particularly focused on understanding how a unique adult stem cell, the mesenchymal stem cell, differentiates to become either cartilage forming chondrocytes or bone forming osteoblasts. His laboratory collaborates with both basic scientists (biologists, engineers, computational biologists, and geneticists) and clinician-scientists (dentists, physicians, and veterinarians) at the University and around the globe.

Dr. Hankenson received his DVM (veterinary degree) from the University of Illinois (1992), an MS from Purdue University (1997) and his PhD from the University of Washington, Department of Biochemistry (2001). A former equine veterinarian, he began his independent research career at the University of Michigan in 2002. In 2006 he moved to the University of Pennsylvania, School of Veterinary Medicine, where he was the inaugural holder of the Dean W. Richardson Chair for Equine Disease Research. He returned to Michigan to join the Department of Orthopaedic Surgery and the Orthopaedic Research Laboratories in 2017 as a Professor of Orthopaedic Surgery. Dr. Hankenson is an American Society for Bone and Mineral Research (ASBMR) Young Investigator award winner (2002), received a John Haddad Fellowship from the ASBMR (2003), and in 2008 was the first veterinarian awarded the Fuller Albright award by the ASBMR. He is a past-president of Advances in Mineral Metabolism (AIMM) and is currently elected to the presidential line of the Orthopaedic Research Society (ORS), and in 2023 will assume the presidency of the ORS.

The guiding mission of Dr. Hankenson’s research is to elucidate cellular and molecular mechanisms regulating bone formation. This research has two long-term translational goals: (1) treating osteoporosis by developing therapies to restore lost bone, and (2) improving bone healing, particularly in populations with poor healing such as geriatric patients and those with compromised non-healing fractures. Bone is formed by osteoblasts which develop from stem cells, termed mesenchymal stem cells (MSC). To this end, the Hankenson laboratory studies molecular and cellular mechanisms of MSC osteoblast differentiation (osteoblastogenesis). This work is focused on the following four areas of research:

1) Modulation of MSC bone regeneration by matricellular proteins
A group of specialized ECM proteins termed matricellular proteins (MP) are highly expressed in the skeleton by MSC. Furthermore, TSP2 is highly expressed in healing tissues and the impact of TSP2 deficiency is often more profound during injury. The work from the Hankenson laboratory was the first to show a significant role for TSPs in bone regeneration. On-going studies explore the mechanism of TSP regulation of bone regeneration and determine whether inhibition of TSP could be used therapeutically to promote ischemic fracture healing.

2) Bone morphogenetic protein induction of osteoblastogenesis requires the transcription factor Osterix
The Hankenson laboratory discovered that BMP6 is the most consistent and potent inducer of human osteoblast differentiation of the various osteogenic BMPs. A series of systems biology studies demonstrated novel pathways regulated by BMP6 signaling, including Notch signaling and the Swi/Snf chromatin remodeling complex. As well, they found that the transcription factor Osterix (SP7) is regulated by BMP6 and clusters with a set of unique ECM molecules. Next we demonstrated that Osterix is also essential for human osteoblastogenesis, yet is not sufficient. Interestingly, Osterix has been identified in a number of osteoporosis genome wide association studies (GWAS). On-going studies utilize ChiP-Seq and RNA-Seq to explore Osterix regulation of osteoblast differentiation.

4) Canonical Wnt signaling promotes osteoblastogenesis and is positively modulated by R-spondin matricellular proteins
A final signaling pathway implicated in osteoblastogenesis is canonical Wnt signaling. In collaboration with Dr. Ormond MacDougald at Michigan, 15-years-ago they showed that Wnt10b was important for regulating bone mass. Next, they showed that Wnt11 could also increase osteoblast differentiation by increasing the expression R-spondin 2 (Rspo2) a matricellular protein that regulates osteoblast differentiation. On-going studies explore the significance of Wnt11 and Rspo2 in genetically engineered mice.  Particularly, the Hankenson lab has produced Rspo2 genetically-modified mice, and is studying the role of Rspo2 in bone regeneration.

Find me on Social Media!