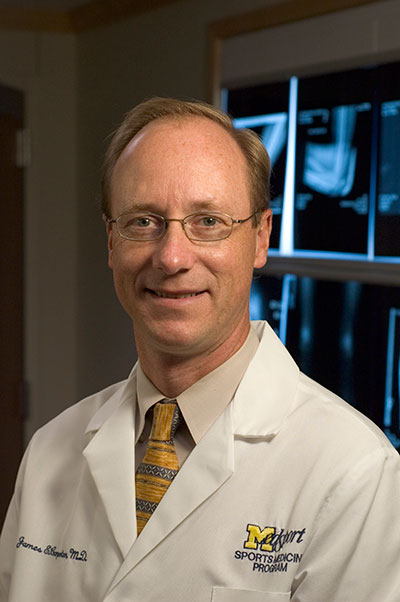 Congratulations to James E. Carpenter, M.D., chair and professor of orthopaedic surgery, for his election as vice president of the American Board of Orthopaedic Surgery. He will serve a one-year term.

Carpenter was originally elected to the board in 2010 and spent the last year as secretary, and the two previous years as treasurer of the organization. He is the head team physician for the U-M Athletic Department and has been a team physician since 1991. While he is an expert in sports medicine, much of his clinical practice specializes in shoulder injuries.

The board consists of 21 members, which includes 12 active directors, six senior directors, two directors-elect and one public member director. All members serve one 10-year term while the public member director serves a three-year term. Nominations come from the American Orthopaedic Association, the American Academy of Orthopaedic Surgeons and the American Medical Association. Each organization nominates four physicians, two out of every three years, and the board votes for one candidate from each slate. Officers are current board members elected by other board members.