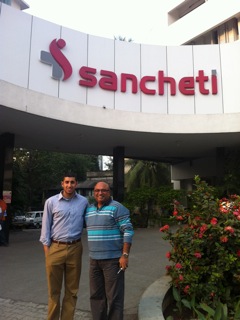 In December of 2012, Nikhil Oak, a third year resident, had the opportunity to pursue an away elective in Orthopaedic Surgery at the Sancheti hospital in Pune, Maharashtra, India.

Pune is a rapidly growing metropolitan city in the state of Maharashtra, approximately 2 hours by car from Mumbai, India. It has a population of about 5.5 million and is the 8th largest city in India. It has a very heterogeneous population from a socioeconomic standpoint ranging from residents well-off economically to residents living in slums. The hospital where Dr. Oak rotated was called the Sancheti Institute for Orthopaedics and Rehabilitation located in central Pune. It is a 200-bed dedicated orthopaedic hospital, one of the largest in Southeast Asia. Marathi is the official language and is most spoken, while English is also understood. The attending surgeons there spoke Marathi and English, so communication was not a problem.

As a rotator Dr. Oak was taken in as a “fellow” and part of the orthopaedic training program there. They would all meet in the conference room at 630am and would take 15 minutes to meditate. Then from 645-730 there would be a case conference where patients scheduled for elective procedures for the day would be presented in front of the department. The patients would show up for this and it would be an interactive physical and history. After that they would go over the admitted traumas and they would break for breakfast before starting in the OR at 9am. Dr. Oak was mainly involved in trauma, pediatrics and joint replacement cases. This experience will definitely impact Dr. Oak’s long term career path. Dr. Oak plans to take part in medical missions and regular trips abroad during his practice in the future. Dr. Oak is very grateful to have been given the support from the Alumni/department to pursue this experience. 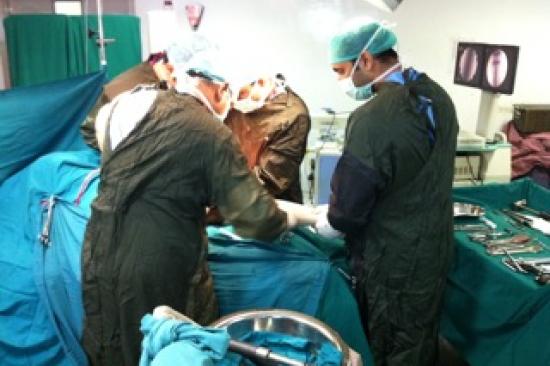 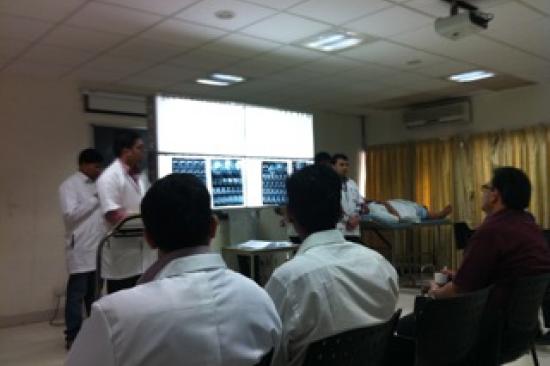