Department of Otolaryngology-Head and Neck Surgery Leadership and Historical Highlights

In 1904, Otorhinolaryngology in the School of Medicine at the University of Michigan was established as a distinct entity separate from the Departments of Ophthalmology and Surgery. Roy Bishop Canfield, M.D. was appointed as the first Clinical Professor of Diseases of Ear, Nose and Throat in 1904. Canfield was a vigorous clinician and educator. After his recruitment to Michigan, Canfield immediately set about organizing a modern curriculum, while at the same time developing a vigorous and innovative surgical practice. Innovative, conservative treatments have been a hallmark of clinical care programs at Michigan ever since.

In 1906, he helped organize a plan of graduate education which established a first-year internship, a second year of subspecialty training at a meager salary and a third year as an instructor with a better stipend. Three trainees per year were accepted. This format was subsequently adopted by every clinical service. In 1907, Canfield appealed to the Board of Regents to build a 53-bed eye, ear, nose and throat building which was successfully campaigned for and constructed in 1910 at a cost of $25,000. Fifteen years later, in 1925, otolaryngology enjoyed even better facilities when they moved into an expanded and modern version of the country's first university-owned hospital.

For its first 13 years, the Department of Otolaryngology had only one professor. In 1917, Albert Carl Furstenberg was appointed acting Assistant Professor in charge of the Department while Canfield left to serve in various hospitals for the war effort. Upon Canfield's return in 1919, Furstenberg was given the title of Assistant Professor until 1927 when he was promoted to Associate Professor.

In 1932, following Dr. Canfield's sudden and untimely death in an auto accident, Dr. Furstenberg was appointed Dr. Canfield's successor. Like Canfield, Furstenberg was a master of radical operations but also taught conservatism. Perhaps most notable were Furstenberg's contributions to the treatment of episodic vertigo. His interest was stimulated by the generally unsuccessful treatment of patients with the syndrome of episodic tinnitus, vertigo, and hearing loss termed Meniere's Syndrome. These patients with paroxysmal vertigo often also suffered from hypertension. Furstenberg thought that the disease was exacerbated by an abnormal accumulation of water and that water metabolism was influenced by sodium in the extracellular fluids. He was the first to demonstrate that sodium restriction in the diet could alleviate attacks. By 1941, Furstenberg reported "uniformly satisfactory results with more than 150 patients." 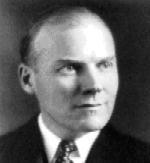 After completion of the new University Hospital in 1925, the Department of Otolaryngology transferred to the new building and was able to expand clinical and teaching activities. The number of trainees was increased from 3 to 4. Furstenberg began conducting annual, national postgraduate instruction courses in 1930, aimed to refresh the skills of the specialist and bring knowledge of newer studies and techniques. Furstenberg and Canfield exemplified the newer concepts in surgical subspecialty education. They were strong proponents of general otolaryngology education for both medical students and general practitioners to enable identification and diagnosis of serious ENT disorders. They were also dedicated to a graduated and vigorous specialist training program that began with internship. Teaching was a central goal of the department, which was enhanced by Canfield's interest in the latest technical developments. He is credited with equipping the first specialty (eye and ear) hospital and teaching lab at Michigan.

In 1935, President Ruthven named A.C. Furstenberg dean of the Medical School. During the early years of Furstenberg's deanship, there were two large, basic science buildings and several hospital buildings with a total of 1,330 beds. There were more than 200 physicians on staff. 27,000 patients were admitted to the hospital each year and there were 12,000 operations performed. Furstenberg remained Dean of the Medical School and Chair of the Department for the next 23 years.

Under his leadership and vision, the school grew. His early recognition that research would play an intrinsic role in medical education stimulated clinical departments to engage in basic research. At that time, interest in medical research at the NIH had just begun and with the new hearing institute, the Department was well positioned to apply for federal funding.

He oversaw tremendous expansion of the medical campus, with construction of the Kresge complex, the KHRI and the Institute for Clinical Medical Research. He also oversaw the construction of the Neuropsychiatric Institute, a seven-story Outpatient building, in l953 and the Medical Science Building, in l958. By l954, the medical school’s enrollment increased to 775 students, making it the largest school in North America. Over 300 research projects were underway, addressing nearly every aspect of basic science and clinical medicine. He became friends with Sebastian Kresge as well as automotive leader and philanthropist, Charles Stewart Mott. Grants from General Motors and the Kresge Foundation enabled construction of the Kresge Hearing Research Institute in l954.

With the retirement of Furstenberg in1958, James Hoyt Maxwell, M.D. was named the new chair. Maxwell was a dedicated teacher who was noted to be an excellent diagnostician. He loved teaching in student conference and was a meticulous surgeon. Unfortunately, Maxwell's term as chair of otolaryngology was brief. After only 18 months as Chair, he died unexpectedly of a heart ailment and was replaced as chair by Walter P. Work, M.D. 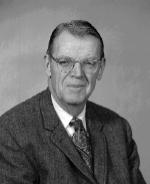 Walter Work received both undergraduate and graduate degrees at The University of Michigan and completed residency training at Michigan together with J. Brown Farrior. After 4 years of military service in World War II, he practiced and taught otolaryngology for 15 years in San Francisco before returning in 1961 to become Chair of Otolaryngology. He was well ahead of his time in producing instructional movies on laryngectomy and neck anatomy, and became well-known for laryngeal and parotid surgery. Although a man of few words, Work was a leader in the specialty during the very formative years of 1960-1980 and he was widely recognized for commitment to personal and professional honesty and integrity.

Training flourished under Dr. Work. He had established a residency training program at Fort Miley Veteran's Hospital shortly after World War II and he put that experience to work at Michigan. Work was instrumental in the creation of the Society of University Otolaryngologists and organized their first meeting in Ann Arbor in 1966. Many of his trainees rose to positions of national leadership in the specialty. However, there was little major growth in facilities during those years. Work was reported to have told an audience of Triological colleagues that his credo was "Bricks are bricks, Buildings are buildings, People are people and I'm investing in people." 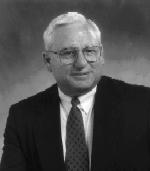 Dr. Charles J. Krause was recruited in 1977 from the University of Iowa to become the fourth chair of Otolaryngology. The department he took over enjoyed an excellent reputation. The medical school expected its new leader to maintain and expand that reputation. The Dean directed that the ENT faculty could practice the entire scope of practice for which they were trained. The Krause years saw a transformation in the department from faculty who were generalists to subspecialty-trained faculty aligned along subspecialty divisions. Facial plastic surgical training was expanded, and basic research bolstered and integrated into residency training.The early 70's were tumultuous years for the medical school faculty. In response to changes and demands of academic medicine, the existing faculty, who up until 1975 had busy private practices, were forced to choose between private practice and becoming full-time employees of the University. In the period 1975-80, all but two chairs were replaced with newly-recruited faculty to direct the clinical, teaching and research programs of the new, financially-separate clinical departments. These chairs brought new ideas and enthusiasm, and clinical revenue was available to support academics.

When Krause took over, the clinical facilities were outdated and somewhat depressing. The old University hospital (circa 1928) had large, multiple-bed, open wards with draw curtains between each bed. The outpatient clinic was similar - dark and unappealing, with large fans for cooling instead of modern air conditioning. Operating rooms and equipment were also outdated and the ophthalmologists would use a single operating room to simultaneously operate on two patients. Krause immediately undertook remodeling of the facilities and recruiting new faculty, which rejuvenated the clinical care and teaching programs. A new University hospital and clinical building soon followed in 1986. The stature and recognition of the department grew in concert with these facilities and new faculty.

Krause's administrative leadership was also recognized by the hospital and medical school. He was asked to serve as Chief of Clinical Affairs, Senior Associate Dean and Senior Associate Hospital Director. He led the development of Michigan’s HMO, MCARE and served as its first president. He directed strategic planning for the hospital's first satellite facilities.

Dr. Krause passed away in February 2013, much to the department's sadness. The Charles J. Krause, M.D, Collegiate Professorship in Otolaryngology was established in his name and honor. Dr. Mark Prince currently holds the professorship. 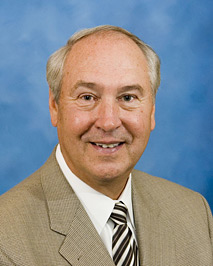 During the Wolf years, clinical programs were expanded into new satellite space programs. The residency training program was enhanced with the integration of 18 months of resident basic research. New fellowship positions in head and neck oncology, facial plastics and skull base surgery were added to the existing neurotology fellowship. The multidisciplinary model of care, pioneered in head and neck and cutaneous oncology programs, was used to develop similar programs for other cancer types and formed the basis for the successful creation of a new Comprehensive Cancer Center at the University of Michigan under the able leadership of Dr. Max Wicha. In 1992, Krause had assumed full-time duties as Senior Associate Dean of the Medical School. After a national search was conducted, Dr. Wolf was formally appointed otolaryngology department chair in July 1993.

When Wolf took over, most department faculty had been recruited from within the ranks of Michigan graduates. Wolf greatly expanded the diversity of the fellowship-trained faculty with the addition of Dr. Ramon Eslamado (University of Washington) to lead in head and neck surgery; Dr. Lawrence Marentette (University of Minnesota) in skull base surgery, Dr. Jeffrey Terrell (Massachusetts Eye and Ear) and Dr. Richard Orlandi (University of Utah) in rhinology, Dr. Norman Hogikyan (Washington University) in laryngology, Dr. Jennifer Kim ( Massachusetts Face and Ear) in facial plastics Dr. Robert Weatherly (Baylor) in pediatric otolaryngology, and Dr. Alex Arts (University of Virginia) in otology.

The otolaryngology department grew to 40 full-time clinical and research faculty who have continued to sustain the reputation of the department as one of the leading clinical, teaching and research programs in the country. 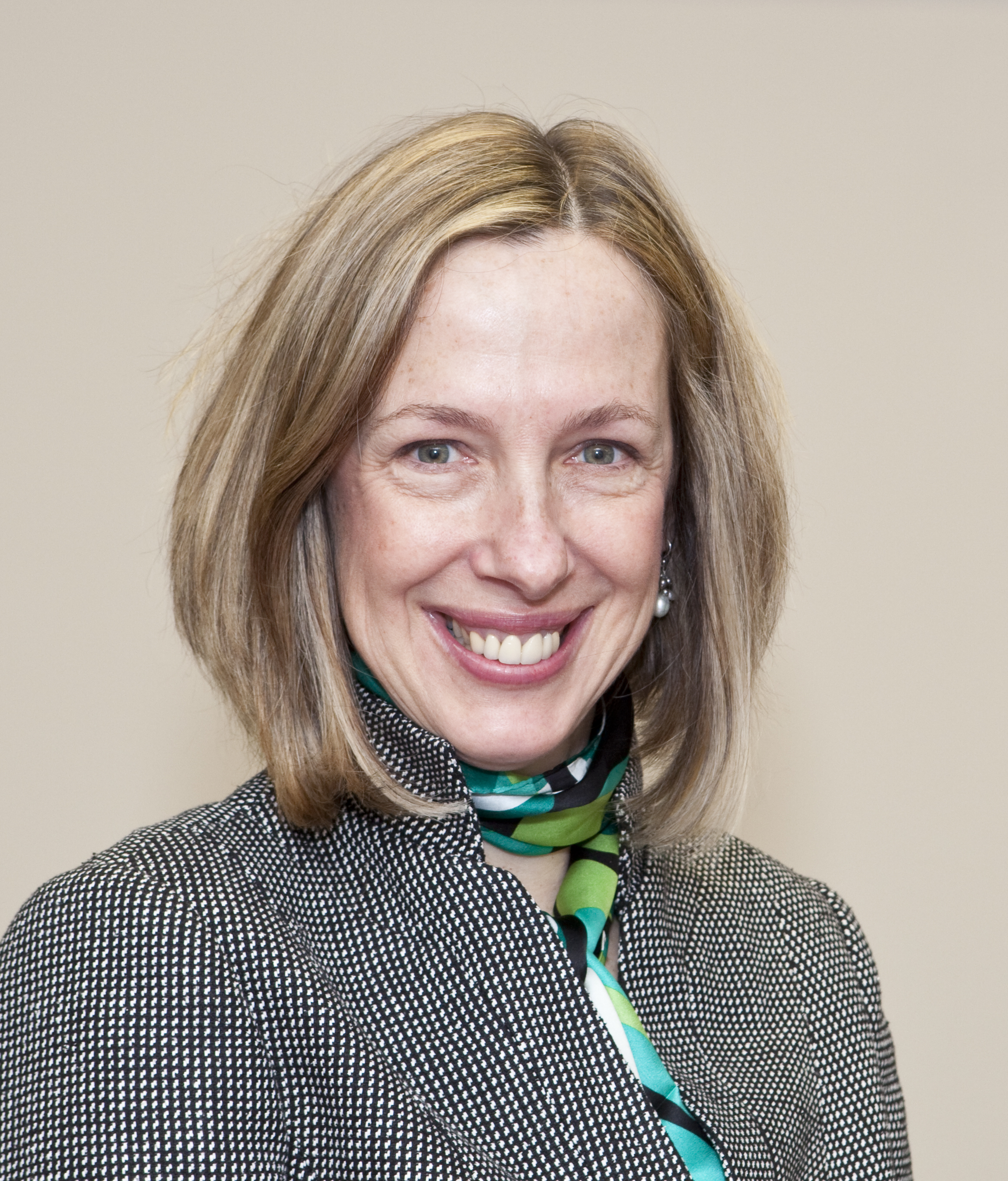 Dr. Carol Bradford assumed leadership of the department on January 1, 2009. A long-standing member of the U-M community, Dr. Bradford earned her B.S., M.S. and M.D. at Michigan. Following her residency at U-M, she joined the Department of Otolaryngology-Head and Neck Surgery in 1992.

During her tenure as department chair, Dr. Bradford was remarkably successful in recruiting tremendous faculty members who are extraordinary educators, talented clinicians, insightful researchers and future leaders of the field. Dr. Bradford also recruited Dr. Gabriel Corfas, who is the director of the Kresge Hearing Research Institute.

In addition to growing the faculty and staff, the department experienced significant facilities growth during Dr. Bradford’s tenure. The Division of Pediatric Otolaryngology moved its services to beautiful space in the new C.S. Mott Children’s Hospital in 2012, the Otolaryngology Clinic in the Taubman Center nearly doubled in space with the opening of the expanded Vocal Health Center and Michigan Hearing in 2013, and the department was able to expand its services offered at the Livonia Center for Specialty Care due to the acquisition of additional space in the center.

An advocate for collaboration and team leadership, Dr. Bradford implemented an expanded leadership structure, which parallels the institutions three mission areas of patient care, education and research. That structure remains in place today.

Dr. Bradford stepped down as department chair after 7.5 years of leadership in order to serve as the executive vice dean of academic affairs for the University of Michigan Medical School. Her appointment was effective July 1, 2016, and she continues to hold the role.