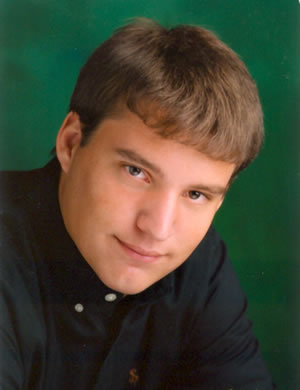 A native of Kansas who was studying at St. Olaf College in Minnesota, Matt lost his life to sinonasal undifferentiated cancer, or SNUC, in 1997. But his final gift continues to provide hope for others like him, others who will get the difficult news that they have a rare and little-understood skull base tumor with a poor prognosis. In the years since Matthew Vogel died, part of him has continued on at the University of Michigan.

"When I learned that this was what he wanted done, I thought it was about the most generous thing I'd heard in my entire life," recalls Lawrence J. Marentette, M.D., Matt's surgeon and the director of U-M's Cranial Base Program. "He had his full college fund. It could easily have been used for his brother, or to pay down a mortgage on a home, or just about anything -- but instead his parents followed Matthew's wishes and established an endowed research fund in his name."Not only did Matt make sure that samples of his own tissue were saved for future research, he asked that the money he had saved for college -- bolstered by donations from his family and his many, many friends -- be used to establish a research fund in the U-M Medical School. Its goal: to facilitate research into SNUC and other rare cancers.

Because SNUC is so rare, every additional patient whose sample can be sequenced greatly adds to the knowledge about the disease.Over the last decade, the funding has helped to uncover new biomarkers for SNUC that hold the potential to be targets for future treatments. Matt's fund is also fostering a new partnership between Marentette and U-M's Arul Chinnaiyan, M.D., Ph.D., the inaugural director of the Michigan Center for Translational Pathology. Together they hope to uncover the genetic underpinnings of SNUC tumors using the latest genetic sequencing technology. The objective is both to better understand how and why the tumors originate, and to identify genetic mutations that might make the tumors vulnerable to different therapies.

Over the years, family and friends have supported the research fund, and now friends of U-M's Cranial Base program are joining them. Ultimately, Matt's family hopes that the fund will continue to grow and will provide the support necessary to continue to advance research into SNUC and other rare skull base cancers.