According to rhinologist, Melissa Pynnonen, M.D., coblation might not be any better than traditional tonsillectomy surgery.

Patients who have had a tonsillectomy can attest to incredible pain and a long recovery after surgery.

Meanwhile, physicians have long touted coblation, a procedure that uses lower temperatures and combines radiofrequency and saline to dissect the tonsils, as a kinder, gentler technique that cuts down on pain afterward.

But research led by Melissa Ann Pynnonen, M.D., a professor in Michigan Medicine’s Department of Otolaryngology — Head and Neck Surgery, suggests this might not be the case.

“This study shows that coblation does not appear to be better than other surgical methods of tonsillectomy,” says Pynnonen, also a member of the University of Michigan Institute for Healthcare Policy and Innovation.

Other methods of tonsillectomy include using a scalpel and scissors or, more commonly, electrocautery. Electrocautery uses high temperatures to destroy tissue and remove the tonsils.

Pynnonen’s paper, “Coblation Versus Other Surgical Techniques for Tonsillectomy,” analyzed data from 29 previously published studies comparing coblation with other methods of tonsil removal and assessed recovery after a tonsillectomy.

“In the review, we found very low-quality evidence that coblation may cause less pain on the first day after surgery compared to other surgical techniques,” says Pynnonen. “However, the magnitude of the difference in pain was not clinically meaningful.”

Her data also showed secondary bleeding rates might be higher with coblation.

Pynnonen’s analysis is significant because of the size of the dataset and the number of studies included. But she notes that poor-quality or uneven data collection methods were used in many of the previously published papers, a known limitation to her findings.

In studies that included both adults and children, Pynnonen says the acceptable methods to assess pain were not consistently incorporated across all of the studies. (The Numeric Rating Scale for adults and the Wong-Baker Faces Pain Rating Scale for children are considered best practice.)

“You can assess pain in adults by asking them to rate their pain on a scale from 1 to 10,” she says. “You can’t give that same scale to a 5-year-old child and expect them to be able to understand what that means. That’s not good-quality research.”

Because patients and physicians could not be blinded for this experiment, and because coblation is a surgical procedure, Pynnonen suggests the placebo effect could potentially impact the patient’s and physician’s assessments of pain and intraoperative bleeding.

“It’s possible that if researches in future studies collect and analyze high-quality data they might come to a different conclusion,” says Pynnonen. “Until then, we cannot say confidently coblation is a better method.”

Pynnonen says both poor-quality evidence in research and the marketing efforts of medical device companies have contributed to the myth that the coblation tonsillectomy is easier on patients.

The misconception may be creating waste in the health care system and costing patients more money. Reports indicate that the special equipment required makes coblation more expensive than other tonsillectomy methods.

Pynnonen hopes her peers will be more informed about coblation so they can provide the best information and care to their patients.

“I want my colleagues to be more skeptical about coblation,” she says. “I want them to understand that this device that they are spending extra money on doesn’t seem to offer patients any advantages. It’s driving up the cost of health care without any clear benefits to the patients.” 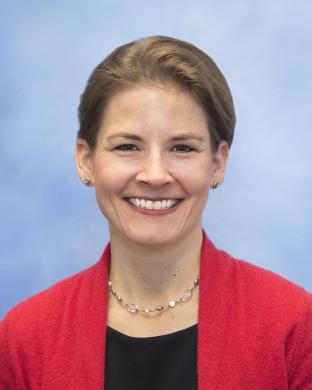