A Voice of Hope: One Patient’s Journey to Speak Again After House Fire

After surviving a house fire, a nursing student undergoes multiple surgeries to regain her abilities to breathe and speak with ease. 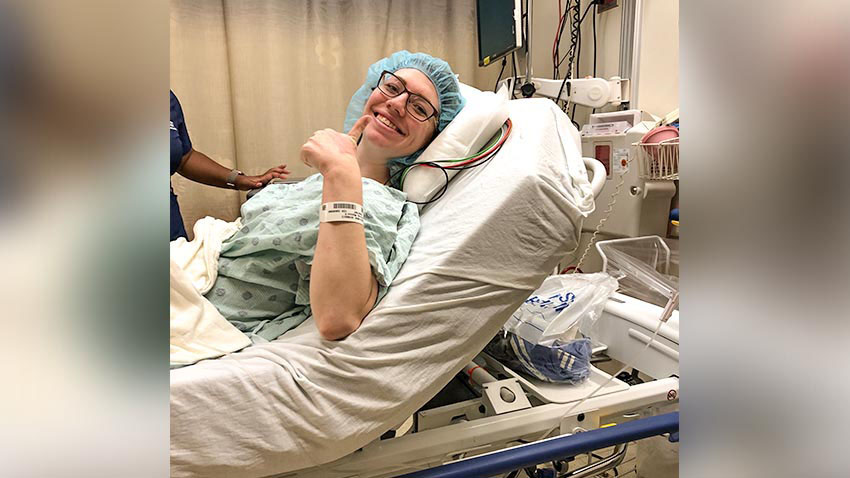 Madison Marciniak before one of her surgeries at Michigan Medicine.

Two years ago, 22-year-old Madison Marciniak came home from work and went to bed, just like any other Sunday night that summer. She was home alone and fell asleep with an air conditioner, fan and television running, so when the smoke alarms in her house began to ring, she initially slept through them.

When she finally woke up in a haze, everything around her was enveloped by a thick layer of smoke. And Marciniak immediately knew that something was very wrong.

“When I opened my bedroom door, I could see my mom’s bedroom across the hallway,” says Marciniak. “However, it was bright orange at that point, and I quickly realized that my house was burning down while I was inside of it.”

Marciniak knew that she needed an exit, but from where she was standing, it looked like the stairs to her front door were engulfed in flames. The door knob back into her bedroom was now too hot to touch, so she fled to her stepbrother’s room.

Feeling trapped, she tried to pry open a window, but was unsuccessful. She then noticed that her hand was on fire before quickly putting it out on a nearby rug.

“In that moment, I knew that the only way I could escape my house was if someone came in and got me,” says Marciniak. “I accepted that this was likely the end of my life, and told myself that maybe my death would be painless due to the carbon monoxide poisoning.”

She then passed out.

“The next thing I remember, I was waking up in an ambulance,” says Marciniak. “My dad was talking to me and he kept telling me that everything would be all right. When the EMT informed me that I had been pulled out of a house fire, I was so bewildered that I kept telling him that it must not be me that he was talking about.”

This recollection was the last of Marciniak’s memories from that night and the rest of the week.

Grappling with the aftermath

When Marciniak finally woke up with memory, she was in a hospital bed and could hardly speak on her own. There was a whiteboard nearby and her body was covered in bandages. 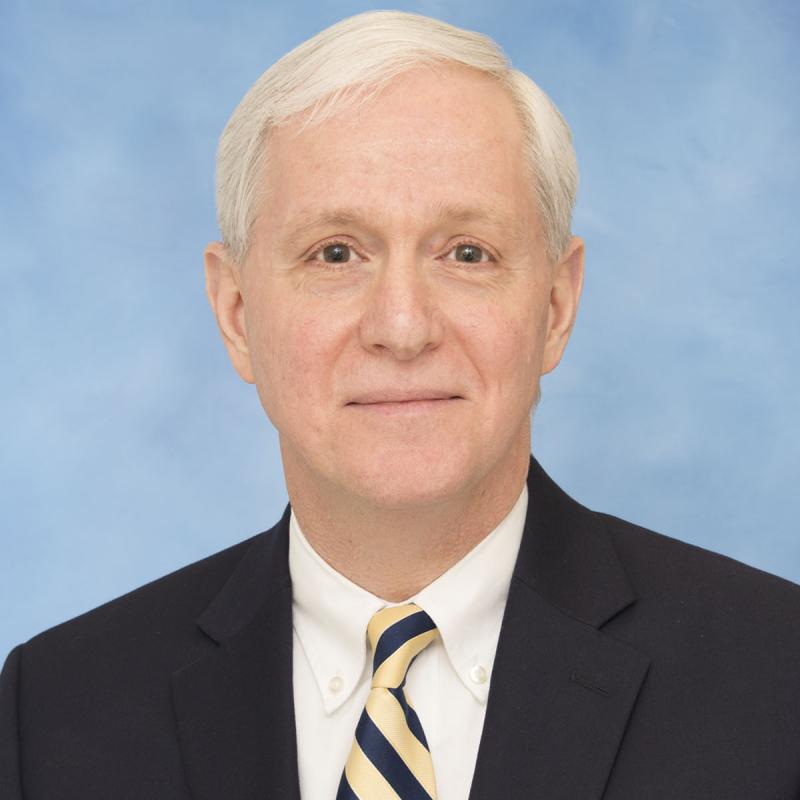 “At our first clinic visit, I was immediately struck by how severely narrowed her airway was. But also by her resilience. Madison had coped with severe breathing difficulty for months at that point, and I knew that we could help.”

“My family told me that I had been burned in a fire, and they kept saying that my face was ‘looking really good,’” says Marciniak. “I didn’t look into a mirror until a week later because I didn’t want to see the burns.”

After receiving care in both the intensive care and burn units, Marciniak and her family were hopeful for the future, but they didn’t know what lay ahead.

“We focused on becoming educated about how best to care for my burns and trauma,” says Marciniak. “We could only look ahead at that point.”

Before she was discharged, a physician informed her that nodules had formed on her vocal chords, which would eventually heal over time.

“We suspected the nodules came from a combination of severe smoke inhalation, yelling and there being multiple breathing tubes placed within my throat during my stay in the intensive care unit,” says Marciniak.

However, as time went on, she began to struggle to breathe and her voice was strained. She saw a local otolaryngologist who advised her to give it more time.

“After this consultation, I tried my best to be patient,” says Marciniak. “But it progressively became harder and harder to breathe. I used to spend an entire day running around, and now, I was constantly exhausted. I could no longer do the many things I was used to doing on a day-to-day basis as a nursing student.”

At a follow-up appointment, her otolaryngologist performed a laryngoscopy, which is an exam that allows physicians to observe the larynges and throats of their patients in detail.

The doctor then delivered some shocking news.

“He told me that I had bilateral vocal cord paralysis and the cords were essentially stuck together,” says Marciniak. “He said that I would need to have the cords surgically separated in order to breathe normally again, and this surgery would leave me mute – I was devastated.”

Marciniak and her parents kept looking for answers in hopes that someone somewhere could help her heal, while preserving her voice.

“It was evident to both me and my family that my goals in life were unachievable with this prognosis,” says Marciniak. “I had been making big strides in my studies, and I had so much more to accomplish.”

A voice of hope

Marciniak’s mother made her an appointment at Michigan Medicine’s Department of Otolaryngology. There, she met Norman Hogikyan, M.D., FACS, who also performed a laryngoscopy, which yielded very different results.

“Dr. Hogikyan told me that my vocal cords were not paralyzed, but instead, fused together with scar tissue from my various intubations,” says Marciniak. “He also told me that there was a way to fix this while preserving my voice, but it would be through several surgeries.”

Because Marciniak would be under anesthesia, she would need a tracheostomy, which is a medical procedure that creates an opening in her neck for a breathing tube. But she was ready to do whatever it takes to fully heal from her condition.

“At our first clinic visit, I was immediately struck by how severely narrowed her airway was,” says Hogikyan. “But also by her resilience. Madison had coped with severe breathing difficulty for months at that point, and I knew that we could help.”

About a month later, Marciniak underwent her first surgery with Hogikyan and his team.

“Dr. Hogikyan and his team were able to successfully laser off parts of the scar tissue holding my vocal cords together,” says Marciniak. “And even though I had a cuff on my trach and could not talk at first, I could breathe again, and it felt amazing – I felt like myself again. I stayed at the hospital for a week and learned how to care for my new normal.”

After one more surgery, Marciniak was able to wean use of her tracheostomy to where it could be safely removed.

Incredibly, she was breathing on her own again. 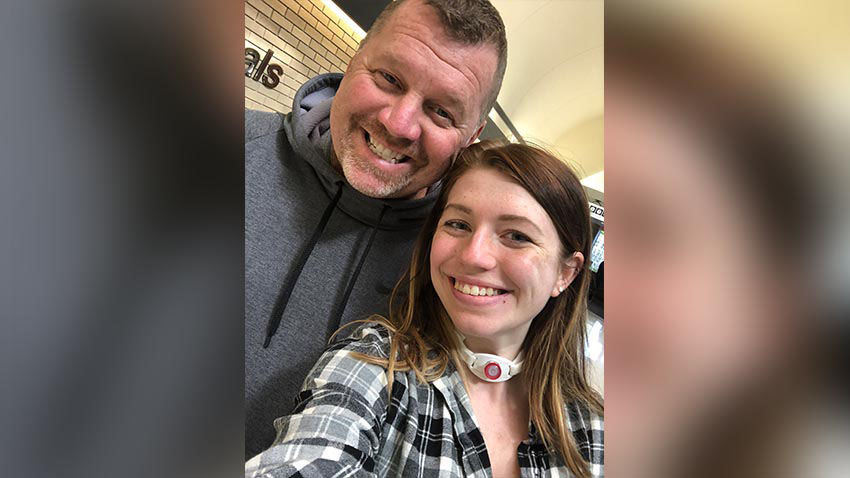 Madison Marciniak with her father.

“I have been breathing on my own for a few months now and I am amazed at what Dr. Hogikyan has done for me,” says Maciniak. “I am exercising and lifting patients. Basically, I am capable of fully participating in my own life again.”

Both Hogikyan and Marciniak reflected upon her care and her future.

“For me, the joy in being a doctor is rooted in the doctor-patient relationship and caring for the whole person,” says Hogikyan.  “Knowing that Madison’s future is not limited by breathing problems is incredibly fulfilling for me, my clinical nurse, Jamie Lock, and our entire team.”

“I was treated so well medically,” says Marciniak. “But also, the level of compassion from Dr. Hogikyan and his staff made me feel like I had such a team of support in my corner cheering me on every step of the way.  They have enhanced my desire to become a nurse and to care for people who are struggling like I once was.” 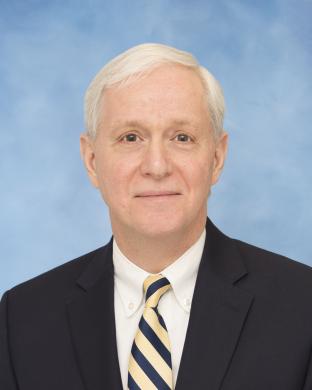