The Mike Way of Living

An Inspiration to Advance Care and Cures for Pediatric Cancer

Mike Miller didn’t want to be treated differently. Not by his friends, his family, his teammates on the football field, nor anyone at the comic book store where he played Yu-Gi-Oh! and Magic the Gathering card games.

Three months after his 13th birthday, Mike was diagnosed with diffuse intrinsic pontine glioma (DIPG), an aggressive form of childhood cancer that forms in the brain stem. DIPG is difficult to treat and has no cure. 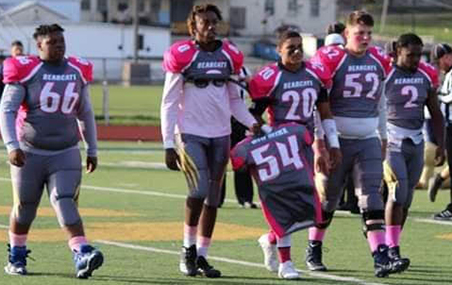 As Mike battled the effects of DIPG — problems walking and balancing, slurred words, loss of strength affecting the entire side of his body — he showed those around him that he still didn’t want anything given to him. He would work for it.

Whether studying for final exams or lifting weights with the football team, Mike would often say, “I don’t want to be treated any different because I have a tumor in my head, I still have to work hard.”

In the months before Mike died in July 2017, he continued to work. He would run the bleachers at football practice, even though he might need to scoot down the steps because his balance wouldn’t allow him to run down. He pushed and flipped tires along with his Battle Creek Central junior varsity teammates. He went to school during the day and did radiation treatments at night. And he made sure he would be ready for a football season he wasn’t sure he would be able to play in.

“Michael had a personality that was huge and unforgettable,” says Carl Koschmann, M.D., assistant professor of pediatrics at University of Michigan Health C.S. Mott Children’s Hospital, and the physician who treated Mike. “He tackled his DIPG diagnosis with bravery and a sense of humor. It was an honor to be a part of his care.” 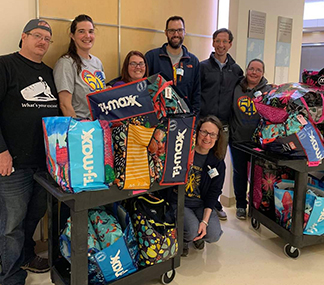 The month after Mike passed away, his mom Tracy and her friend Candy Griffin wanted to find ways to help others and do good in Mike’s name. They came up with the idea to fill cinch sacks with toys, coloring books, games, and other fun things for kids to do while in the hospital.

They delivered 54 Sacs for Life to C.S. Mott Children’s Hospital around Mike’s birthday. The number of bags were a nod to the 54 that Mike wore on his football jersey. The next year, they delivered 108 Sacs for Life, which included parent packs with shampoo, deodorant, toothbrushes, notebooks, pens, playing cards, and other items.

“When I first went to Mott with Michael, I had no idea we’d be in the hospital for a week, and there’s no way I’m leaving my child who had just been diagnosed with terminal cancer,” Tracy says. “It’s not something you can really prepare for, and hopefully we can help bring some sunshine and inspiration to children and families, even when they’re having their worst days.”

Even during the COVID-19 pandemic, which made it more difficult to get these bags to the hospital, Tracy and friends, family members, and supporters continued to purchase items and collect donations so they could continue to share Sacs for Life with kids and families in the hospital. 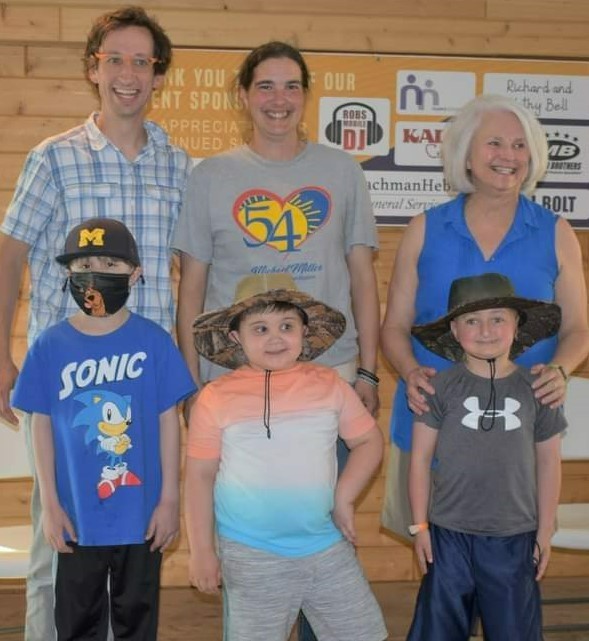 The first Christmas after Mike’s death, Tracy began talking with family members and friends about other ways to keep Mike’s memory alive and make a difference for other families facing such a devastating diagnosis.

“We wanted to do whatever we could so no parent would ever have to hear the words, ‘Your child — it’s terminal,’” Tracy says. “We started doing fundraisers based off of his interests to raise money and hopefully find a cure.”

They established the Michael Miller Memorial Foundation to support the local sports community that Mike was active in, to help children with cancer have a little fun, and to fund childhood cancer research.

“We just found stuff that was in Michael’s wheelhouse that would bring the community together,” Tracy says.The first event the foundation hosted was a tire flip that drew many football players from Battle Creek Central and other members of the community. The foundation also began running an annual fishing tournament and invited patients from C.S. Mott Children’s Hospital. And they even held a bowling tournament, which helped fund the 2019-20 bowling team at Battle Creek Central.

Building Hope for a Cure 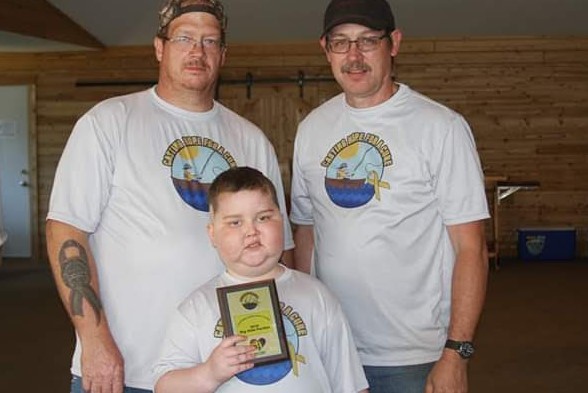 The efforts of the Michael Miller Memorial Foundation have not only honored Mike’s memory, they have been successful in raising funds to benefit programs dedicated to advancing DIPG research. The foundation has grown each year since it was established in 2018 and has now given more than $23,000 in total to the ChadTough Foundation, the Cure Starts Now, and Dr. Koschmann’s lab.

“The Michael Miller Memorial Foundation supports all aspects of our pediatric brain tumor program, including patient and family support and research,” Dr. Koschmann says. “And the fishing tournament is truly the highlight of these kids’ year — it gives them a chance to laugh and forget about their situation. We look forward to many years of working with the foundation.”

Proceeds from the charity fishing tournament, gifts from donors and fundraisers, and even a bottle and can drive allowed the Michael Miller Memorial Foundation to make a recent $10,000 donation to Dr. Koschmann’s lab. This support helped fund a project where researchers were able to extract DNA sequencing from a brain tumor through spinal fluid. The first success they had with this test was from a piece of tumor and spinal fluid from Mike.

“This isn’t a cure, but it will help find the right course of treatment for the right mutation, and help present better care,” Tracy says. “It’s amazing to me that we were able to fund something that started with Michael, and now his MRIs and lab tests are in presentations, and he’s helping to change the field and how they can diagnose people.”

Getting in Big Mike Formation

Mike Miller left a lasting impression on his friends, family, and teammates — a legacy that has inspired them to dedicate themselves to advancing childhood cancer research and awareness to benefit other kids and families.

Every year that Mike would have been on the Battle Creek Central football team, his teammates dedicated the season to him and hosted a “Gray and Pink” game to raise awareness for pediatric brain cancer. In the fall of 2019, which would have been his senior season, his teammates wore the gray and pink jerseys every game, with Mike’s No. 54 sewn into each one. They ended each game by lining up in “Big Mike Formation” and dedicating the final snap to their former center.

Perfect Storm Comics and Games in Battle Creek hosts the Savage Classic, a card tournament and fundraiser named after the player nicknamed “Savage” for his ability to beat opponents of all ages.

Tracy hopes to continue hosting events to raise money and awareness to support families during hospital stays and help to advance promising research into childhood cancers.

“People that didn't know Michael are now very inspired by his stories shared through the eyes of his friends and family,” Tracy says. “Even though he's not here, he's still inspiring others to do their best, to keep going no matter what they're facing, and to just live each day to the fullest.”