The following is an announcement from Dr. Raymond Hutchinson, Associate Dean for Regulatory Affairs, via David Andrews, Board Secretary of IRBMED 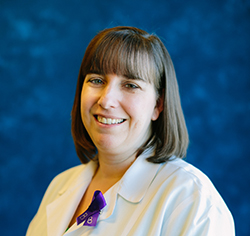 The University of Michigan Medical School Office of Regulatory Affairs and the Institutional Review Board of the University of Michigan Medical School (IRBMED) are pleased to announce the appointment of Amy Filbrun, MD, MS, Clinical Associate Professor in the Department of Pediatrics and Communicable Diseases, as Vice-Chair of the IRBMED’s A1 Board, replacing Stephan Taylor, MD.  Dr. Taylor served as a member of the IRBMED from March 2001 through December 2015, and as the Vice-Chair of the A1 Board beginning in October 2008.  He has recently accepted the position of Associate Chair for Research and Research Regulatory Affairs in the Department of Psychiatry.

Dr. Filbrun obtained her MD at The Ohio State University in 1994 and joined the faculty of the University of Michigan Department of Pediatrics and Communicable Diseases as an Assistant Professor in 2003, after holding a similar position at the University of Chicago.  She was appointed Clinical Assistant Professor in 2008, and advanced to her current position in 2013, with a clinical focus on apnea and bronchopulmonary dysplasia, asthma, cystic fibrosis, and pulmonary function testing.  She has served with distinction on the IRBMED’s B1 and B2 Boards since July of 2009, and she will assume the Vice-Chair position on the IRBMED’s A1 Board on February 1, 2016.