Our research mission is to advance scientific understanding of the prevention, diagnosis and treatment of diseases that impact children and translate these advances into improved health care for children. 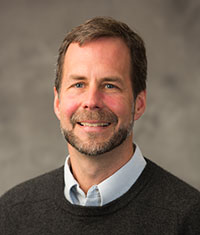 Faculty in the Department contribute to this mission by performing research along the entire spectrum of clinical and translational research – from basic scientific discovery in the laboratory, community and clinic to the translation of these discoveries to patients and to practice.  The University of Michigan has $1.62 billion in annual research expenditures and ranks #1 in research expenditures among U.S. public universities. According to the Dimensions research database, since 1974 the University of Michigan has consistently ranked among the top 3 U.S. institutions for grant funding focused on children and adolescents. There are more than 200,000 children enrolled in more than 600 different research studies at the University of Michigan.  University of Michigan researchers are engaged in projects in countries on every continent, and the university has formed close ties with selected institutions worldwide, exposing faculty and students to the ideas, experiences and perspectives of cultures around the world. The Medical School ranks #15 of research-focused medical schools and #10 for NIH funding. The Department of Pediatrics includes 17 divisions; 8 of these divisions are “research-intensive” with more than one million dollars in research expenditures. The department ranks #20 in NIH funding. In fiscal year 2019 the department reached a 5 year high of $34 million in total committed annual dollars ($14.6 million from NIH). More than half (51%) of extramural funding applications submitted by our faculty were successful in fiscal year 2019.

The Department has a strong support system for researchers at all levels with a particular emphasis on training and mentoring junior faculty interested in academic pediatric careers. The department hosts an intramural research grant award program, an annual Pediatric Research Symposium, biostatistical consultants, a weekly didactic for fellows in research methods, a K12 program for pediatricians, a Pediatric Physician Scientist Training Program for residents, a grant review for junior investigators, partnership with the Children’s Clinical Trials Support Unit, and support for research registries.