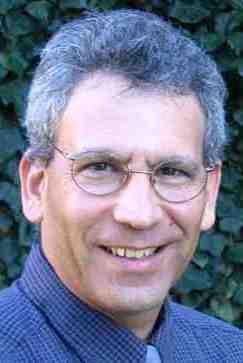 Jonathan Maybaum teaches cancer pharmacology, pharmacokinetics, and principles of pharmacology to various groups of professional and graduate students at the University of Michigan Medical School. His research focuses on the responses of cells to antimetabolite treatments, with current emphasis on the activation and regulation of cell cycle checkpoints following exposure to antimetabolites. He has served previously as a member of the Drug Discovery and Molecular Pharmacology Study Section at the National Institutes of Health, and as specific field editor for chemotherapy, for the Journal of Pharmacology and Experimental Therapeutics.

Professor Maybaum's interest in computing goes back 35 years, to an eighth grade science project that involved building a punch card reader. This interest continued through undergraduate education at MIT, and as a junior faculty member at the University of Michigan, where Maybaum was engaged in many guerilla efforts to advance computing and networking that included setting up file servers, mail gateways, databases, and various other services. During this period, he also programmed in various languages and tested a number of commercial software packages. Perhaps the most important activity that started during this time was his informal support of peers, using operating systems as far back as DOS 3.1 and Mac OS 1.1, which gave him a detailed understanding of how faculty members of many stripes think about computing.

In more recent years, Maybaum has served on numerous committees related to information technology, and from 1997 to 2000, he was appointed as director of academic information technology for the University of Michigan Medical Center. This lead to development of UM.SiteMaker (http://sitemaker.umich.edu), a campus-wide system used to create thousands of customized websites and web-databases, which was honored as the winner of Campus Technology magazine's 2006 Innovators award in the area of "The Web".

Use of cell cycle checkpoint inhibitors to improve the therapeutic effectiveness of chemotherapy and radiation in cancer treatment.