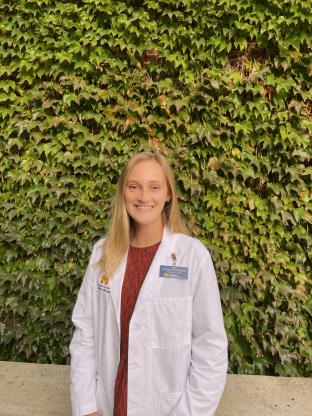 Originally from Dewitt, Michigan, Carleigh attended Hope College in Holland, Michigan obtaining a BA in Biology. During her time at Hope College, she was involved in research using viral vectors to deliver CRISPR/CAS9 endonuclease to Pekin Duck deep brain photoreceptors. Carleigh will be interning on the Cardiovascular Center/Operating Rooms pharmacy team where she will be sterile compounding, delivering medications to intensive care units, and preparing and delivering kits to anesthesia providers. Carleigh is interested in critical care and pediatrics with hopes of pursuing a residency after graduation.