"Deconstructing bipolar disorder: from the population to the clinic" 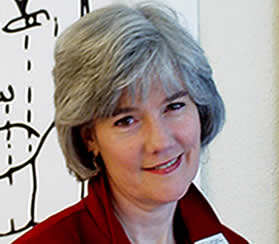 The 8th Annual Prechter Lecture was held on Monday, September 29, 2014 from 1-4 pm at the University of Michigan Frances and Kenneth Eisenberg and Family Depression Center Auditorium.

The video of this event is now available on Youtube.

Dr. Merikangas is Senior Investigator and Chief of the Genetic Epidemiology Branch in the Intramural Research Program at the National Institute of Mental Health (NIMH).  Dr. Merikangas received a bachelor’s degree summa cum laude in experimental psychology and music from the University of Notre Dame. She received clinical training through an NIAAA-sponsored master’s program and internship at the Western Psychiatric Institute and Clinic at the University of Pittsburgh School Of Medicine, where she continued to conduct clinical research on the Affective Disorders Clinical Research Unit while she pursued a Ph.D. in chronic disease epidemiology from the University Of Pittsburgh School Of Public Health.  Through a Career Development Award from the NIMH, she completed postdoctoral training in population genetics/genetic epidemiology at the Yale University School of Medicine, where she joined the faculty and ultimately became a Professor of Epidemiology and Public Health, Psychiatry and Psychology and the Director of the Genetic Epidemiology Research Unit in the Department of Epidemiology and Public Health. She came to the NIH in 2002 as part of the development of the Mood Disorders Program in the Intramural Research Program at the NIMH.

Dr. Merikangas has authored more than 300 scientific publications and has presented lectures throughout the U.S. and in more than 20 countries. Her work has contributed to both methodology in epidemiology and genetics, including methods for studying causes of comorbidity and the development of the genome-wide association study approach to detect genes for complex diseases, and to substantive knowledge about comorbidity of mood disorders with substance use disorders in general population samples. Dr. Merikangas has also devoted substantial effort to training activities including mentorship of individuals and directing formal training programs in genetic epidemiology at both Yale and at the NIH.

The two major areas of her research in the Intramural Program at the NIMH are population based studies of mental and physical disorders including the first study of mental disorders in a nationally representative sample of youth in the U.S., and multigenerational family studies designed to identify the core features and biomarkers of genetic and environmental factors underlying the familial transmission of bipolar spectrum disorders and co-transmission of mood and anxiety disorders with cardiovascular disorders and migraine. Current collaborations include population studies of physical mental comorbidity in Lausanne, Switzerland and a large neurodevelopmental cohort study at Children’s Hospital of Philadelphia.