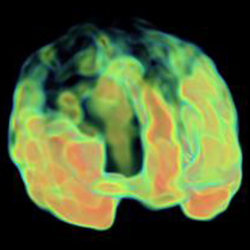 People with serious mental health conditions (bipolar disorder and schizophrenia/schizoaffective disorder) often have impaired neurocognition, leading to difficulties with attention, learning, and problem-solving. In particular, working memory, the ability to hold information very briefly in short-term memory, can be a problem.

Novel non-pharmacological treatments such as cognitive remediation have been shown to have a positive impact on neurocognitive abilities such as attention, working memory, and cognitive flexibility.

Researchers are focusing on potential “cognitive enhancers” to boost the effects of cognitive training. Transcranial direct current stimulation (tDCS) is one potential treatment that is considered exceptionally safe and cost-effective.

This study, led by Cynthia Burton, Ph.D., will investigate the impact of a combined computerized cognitive training and tDCS intervention, studying individuals with serious mental illness who also have problems with working memory. This research is a critical step in advancing knowledge of neurocognitive treatments that will improve the everyday functioning of individuals affected by mental illness.

This study has received approval from: IRBMED HUM00119204