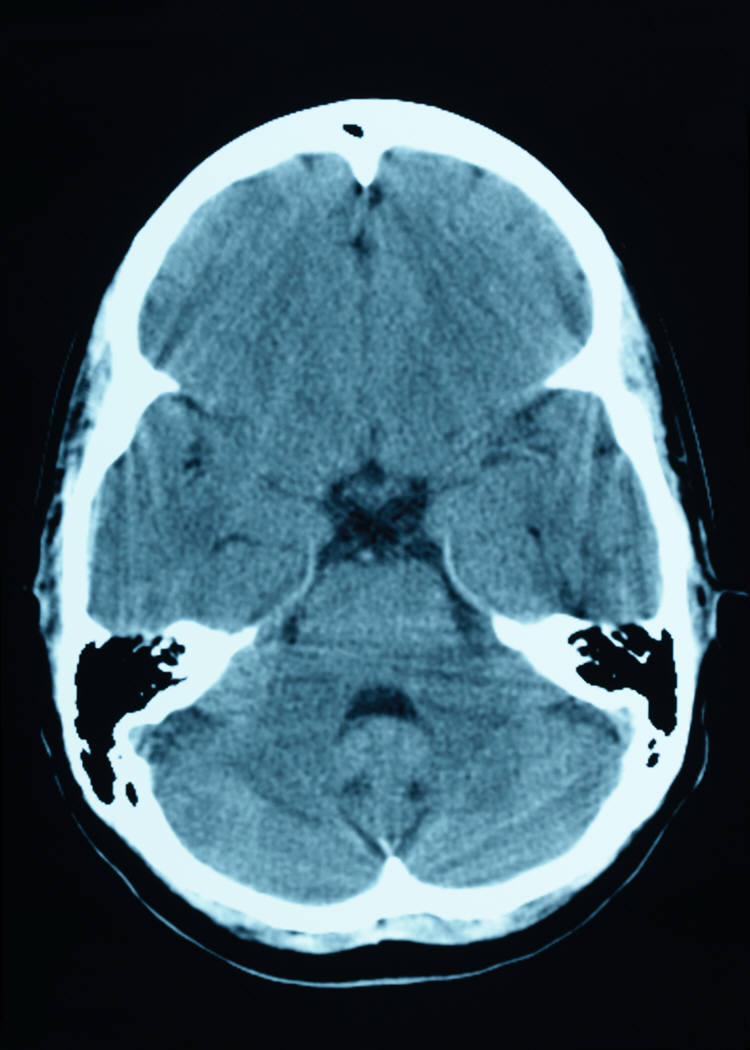 The Prechter Bipolar Genetics Repository (PBGR) was established in March of 2007 to give researchers the tools to study bipolar illness. The PBGR is the nation's largest privately-funded bipolar genetics repository. It holds DNA samples from people who have been diagnosed with bipolar disorder and undiagnosed control individuals.

The University of Michigan collaborated on this effort with independently approved partner sites: Johns Hopkins, Penn State, Stanford, and Weill Cornell Universities. The investigators have collected phenotypic information (observable traits) and DNA on thousands of bipolar individuals and undiagnosed (non-bipolar disorder) participants. The PBGR also contains additional data and biological material on a subset of these participants, including imaging, electrophysiology, nutrition, stem cells, sleep, and medication data. The repository data is unlike any other collection of bipolar research data globally.

The PBGR is a vitally important tool to rapidly accelerate genetic research, one of today's most significant areas of study.

In January 2016, the Prechter Longitudinal Study of Bipolar Disorder began to store biospecimens in the world-class UMMS Central Biorepository. The Central Biorepository provides a standardized and accredited system to safely process, store and distribute biospecimens, along with associated clinical data donated for research. The quality and accessibility of these samples and the accompanying data enhance basic, clinical, and translational research in bipolar disorder in the United States and across the world.

The TamNet Data Repository was established by the Prechter Program in October 2016 to safely store, process, and distribute mobile or electronically-captured health information, including anonymous speech data. This repository is a vital component of the Prechter Program's mobile health research project, PRIORI, which is currently in use in multiple studies at the University of Michigan and collaborating institutions.

The Prechter longitudinal study is an open cohort study of bipolar disorder (BD) that began in 2006 and continues to follow individuals with BD and undiagnosed controls (C). The reason behind collecting this data is the need for detailed phenotype (or how BD presents in a person) data with long-term symptom and outcomes information. Further incentive for the longitudinal approach is the complexity of BD and the variable nature of the phenotype, with frequent changing states over time. Currently, the dataset includes repeated assessments starting from a rolling baseline enrollment, earliest 2006, through 2021 of 1,357 people.

This resulting dataset is one of the longest and more closely studied cohorts in bipolar disorder.

It is sorted into multiple ontological categories that include:

The 1,357 participants have a mean age at enrollment of 39.2 years, of which 62% identify as female. The cohort includes:

The average time participants have been in the study is 9 years, with a range of 0 - 15 years and an overall retention rate of 67%. The frequency of collection, number of participants, and number of different measures with average percent completion rate are shown in Figure 1 below. As of early 2022, 61 participants have died during the study, with 220 deciding not to continue. Despite deciding not to continue with the study, most of these participants still approve of our research team using their previously obtained data. 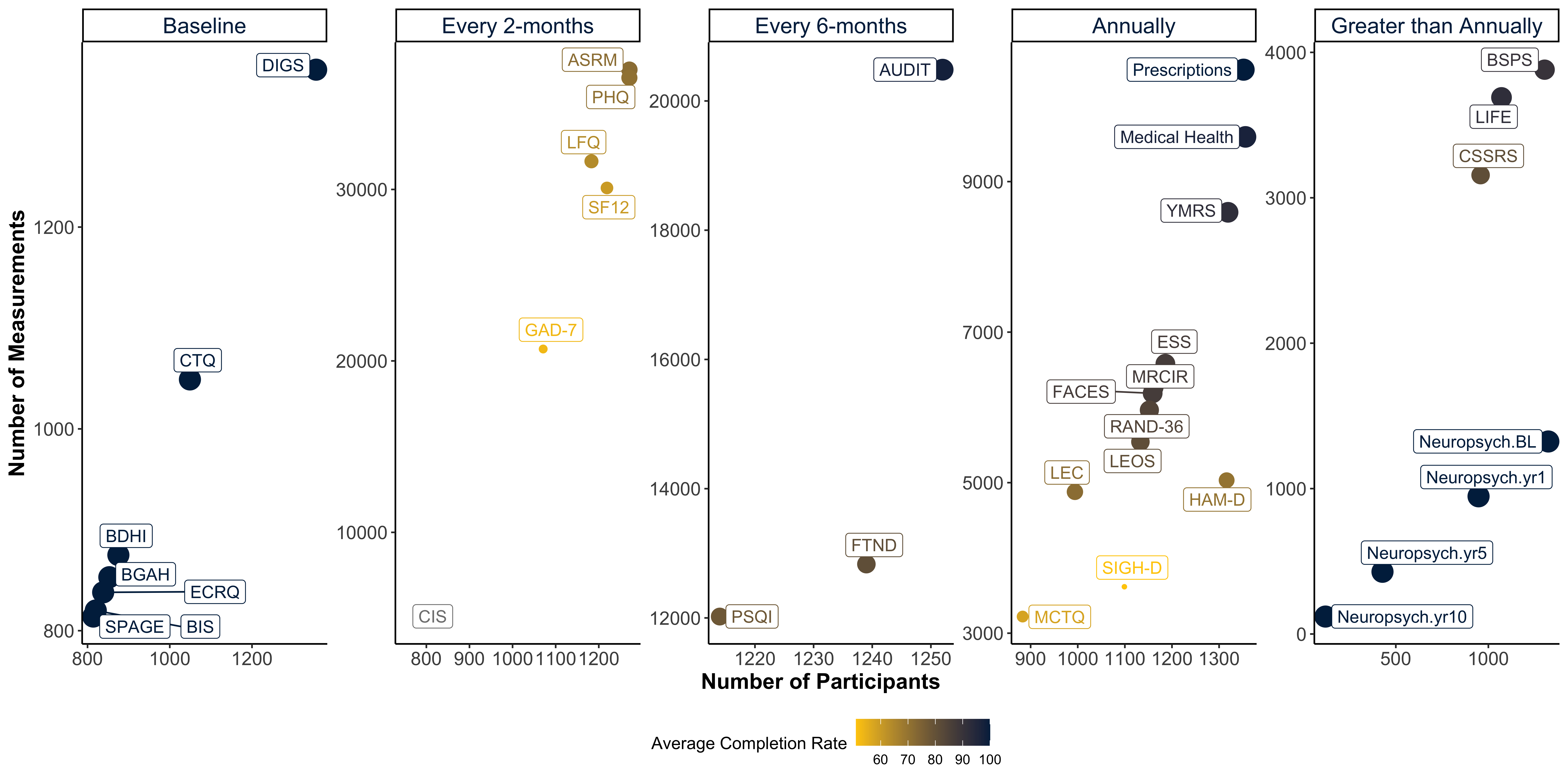 From 2019 to 2021, the Prechter Program completed a significant effort in standardizing and harmonizing data elements across all projects associated with and including the longitudinal flagship research study.

The Prechter data team has created an online data dictionary to describe the dataset and assist hypothesis formation in future data requests. As shown in Figure 1, the frequency of collection, number of participants, and number of distinct measurements with average percent completion rate illustrate the breadth and depth of the dataset.

Further efforts are ongoing to improve data collection continually, maintain participant input and diversify the cohort participants. This effort includes the implementation of an annual participant satisfaction survey. Since 2018, the participant feedback survey has averaged 500 responses annually. In 2020, 79% of the reporting participants indicated their participation in the study was "Mostly Positive." 91% of the participants with BD suggested that the study captures the crucial elements of their illness, how they manage it and how it impacts their life.

Initial diagnostic evaluation, genotype data, longitudinal measures, and outcomes data are available via request at prechter-data-request@med.umich.edu conditional on data use agreement. Data can be shared as flat files, or a Prechter Program data analyst may be available for collaboration.