"Towards an Ontology for Bipolar Disorders"

Bipolar Disorder is a human condition characterized by recurrent manias and depression; an earlier term for bipolar disorder was manic depressive illness. Changes in energy levels and sleep patterns are prominent features in bipolar, very high energy with little need for sleep in manias and low energy with disrupted sleep during depressions. The cause of bipolar remains an enigma, scientists know plenty about the brain, but they simply don’t know why people develop bipolar or why they experience an episode at any given time.

The Prechter Program set out to learn about bipolar from the “ground up,” engaging a growing group of individuals that live with the condition and monitoring them over time. What are the core features of the illness and how do they change? How can these changing patterns of illness inform the study of the biology and mechanisms? Will such information on mechanism inform the development of novel treatments? Can scientists develop systems to predict outcomes and anticipate changes over time? Could science enhance and develop interventions based on these predictive patterns?

The philosophy of the Prechter program embraces a pluralistic view to causality. There are many causes and contributing factors behind this condition. A precipitating or causal element of an episode today may not be as prominent in a later episode. There are many scientific disciplines behind the emerging sciences of bipolar and the challenge will be to integrate the emerging knowledge over time to help individuals and families that live with this condition.

"Towards an ontology for bipolar disorder."

The Prechter Bipolar Research Program enrolled the first participant in 2006 and has studied over 1,375 participants, including people with bipolar disorder and unaffected controls. The project has well over 100 peer-reviewed published manuscripts and the data are now widely shared and accessible for independent or collaborative research. This seminar outlines the philosophy, strategies, and approach of the program as well as providing insights to the next phases of the research.

Ontology, in the philosophical sense, refers to the science of being, “the kinds and structures of objects;” in the computational world, ontology typically describes a set of concepts and categories in a domain and offers meaningful relationships between them. In the clinical psychiatry domain, Diagnostic and Statistical Manual of Mental Disorders (DSM 5), International Statistical Classification of Diseases and Related Health Problems (ICD), and Research Domain Criteria (RDoC) are examples of ontologies, likewise the Gene Ontology (GO) and Prescription for Electronic Drug Information Exchange (RxNorm) are examples of specialty ontologies in genetics and pharmacy, respectively. Bipolar disorder like most psychiatric illnesses is a highly complex human condition that is recognized to have a multitude of facets contributing to the disorder at any given time. The Prechter Bipolar Research Program has begun an approach to outlining a theoretical framework to study causes, associations, and outcomes patterns in bipolar disorder. How do researchers organize their emerging knowledge of the human condition known as bipolar disorder? How do scientists address the questions of nature vs nurture? How do scientists measure the contributions of multiple domains on the manifestation of the disorder? What are the patterns of moods, emotions, and thought processes over time and how might these elements characterize and influence the manifestations and outcomes of disease?

The goals of the Prechter Program are to characterize the illness first at an individual level but later at a group level to determine the causes and defining patterns of the disorder, to accelerate the discovery of innovative treatment discovery. The Prechter Program vision is that everyone with bipolar will achieve personal, social, and vocational fulfillment in their life.

This pluralistic approach was first described by McHugh and Slavney in The Perspectives of Psychiatry.

Scientists begin with a disease sub-class. This is a standardized approach to diagnosis using the established clinical ontology of the DSM that is based on phenomenology and time (the presence of psychiatry signs and symptoms for a specific period of time). The comorbidities are organized under the codes of the ICD (International Classification of Diseases). The co-occurrence among psychiatric and medical disorders informs patterns of manifestation, and poses questions: why do migraine and bipolar co-occur in ~30% of people with bipolar compared to 3 to 4 % of those without bipolar?

The neurocognitive domain is an ontological sub-class. Measures from the cognitive neurosciences are organized in a functional manner that includes executive functioning, memory, fine motor, and verbal skills. In turn, these measures are correlated with physical measures in neuroimaging and clinical assessments from the disease subclass. Many questions arise and include the relationship and correlative patterns of state vs trait. What is the effect of multiple episodes or an enduring pattern of chronicity on the cognitive capacity of an individual? Is this affected over time and how might science mitigate the impact of the illness on the cognitive capacity?

Other phenotypic sub-classes that are considered in the Prechter program include an temperament / personality sub-class: are there personality features (e.g. reactivity or aggressiveness) that are more common in bipolar? The sub-class of motivated behaviors broadly addresses behavioral patterns such as substance use, to ask why do individuals with bipolar disorder have a much greater risk of hazardous substance use? The phenotypic subclass of the Life Story addresses the range of life experiences (good and bad) of the person over their life. Questions emerge such as the effect of childhood abuse on other domains. The subclass of sleep and circadian rhythms measures the tendencies of diurnal patterns, some are morning larks, others night owls. How do these patterns affect the course of bipolar? Lastly the program considers patterns of outcomes and the course of the illness, what are the prevailing patterns of symptoms? What are the factors that impact the outcomes? How can sceintists improve the course?

The next phase of the Prechter Bipolar Research Program will incorporate the philosophy of the learning health system. This approach engages the stakeholders and identifies meaningful goals of those with lived experience (patients, families, etc) and the community of health care providers. What strategies can be implemented to facilitate the flow of information from research and patterns of clinical care to the individuals receiving and provider care? What are effective strategies can be implemented to gather data from the community to assess the efficacy of ongoing interventions?

This seminar will detail the philosophical approach to the study of bipolar disorder and summarize relevant findings to date. What might the optimal ontological framework / infrastructure be to efficiently organize data for subsequent analyses, both at the hypothesis driven and discovery level of investigation? The panel discussion will focus on strategies and provide critiques on the approach of the current study and the directions for multidisciplinary research in bipolar disorders.

The Prechter Bipolar Research Program enrolled the first participant in the longitudinal study of bipolar disorder in 2006. Since that time approximately 1,375 individuals have engaged with this flagship study that aims to determine the causes of bipolar disorder and identify treatment targets to prevent and treat this human condition. The Prechter Program approaches bipolar disorder from a multi-faceted perspective. There are many factors that contribute to the condition on a day to day, week to week, and year to year basis. As an underlying biological illness there is a genetic base, scientists know and see that the disorder runs in families. The risk appears to increase as the number of individuals in the family have the condition. The stressors of daily life have an effect on everyone, but perhaps those with bipolar are affected differently and in a more impactful manner compared to those who do not have the condition. There appear to be differences in underlying psychological features of those with bipolar, and these may be present even when there are no significant manic or depressive symptoms. This leads to the question of underlying constitutional differences between those with the bipolar condition compared to others. Scientists organize their approach to consider as sub-classes of contributing factors:

In general, over 50% of individuals with bipolar struggle on a daily basis. The Prechter Program research is aimed towards finding solutions for all to achieve the vision of a fulfilled and meaningful life for all those affected by bipolar. 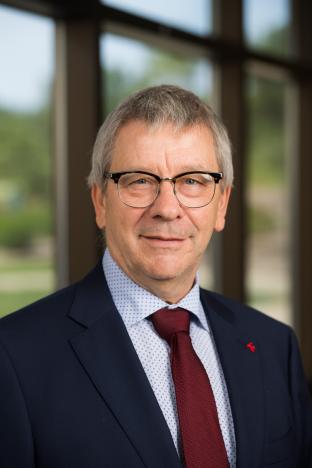 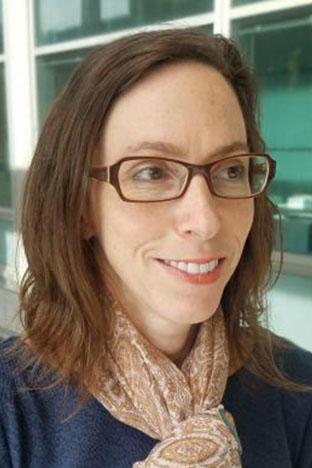 Melissa Haendel, Ph.D. is the Chief Research Informatics Officer at the University of Colorado Anschutz Medical Campus, and Director of the Center for Data to Health (CD2H). Her background is molecular genetics, developmental biology, and toxicology as well as translational informatics, with a focus over the past decade on open science and semantic engineering. Dr. Haendel’s vision is to weave together healthcare systems, basic science research, and patient generated data through development of data integration technologies and innovative data capture strategies. Dr. Haendel’s research has focused on integration of genotype-phenotype data to improve rare disease diagnosis and mechanism discovery. 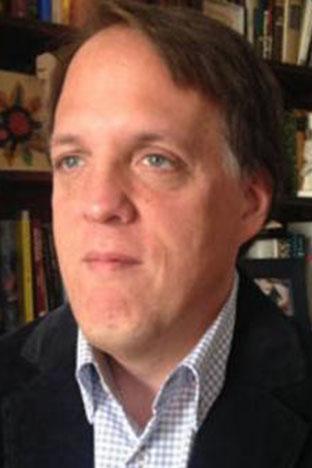 Peter Robinson, M.D., MsC., is Full professor of Computational Biology at The Jackson Laboratory for Genomic Medicine since 2016. He studied Mathematics and Computer Science at Columbia University and Medicine at the University of Pennsylvania. He completed training as a Pediatrician at the Charité University Hospital in Berlin, Germany. His group developed the Human Phenotype Ontology (HPO), which is now an international standard for computation over human disease that is used by the Sanger Institute, several NIH funded groups including the Undiagnosed Diseases Program, Genome Canada, the rare diseases section of the UK's 100,000 Genomes Project, and many others. The group develops algorithms and software for the analysis of exome and genome sequences and has used whole exome sequencing and other meth-ods to identify a number of novel disease genes, including CA8, PIGV, PIGO, PGAP3, IL-21R, PIGT, and PGAP2. 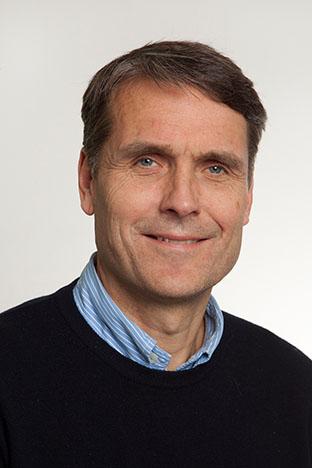 Ole Andreassen, Ph.D. Professor in psychiatry at University of Oslo, and Director of Norwegian Centre for Mental Disease Research (NORMENT), Dr. Andreassen did his Ph.D. in psychopharmacology at University of Bergen and his post doc training in molecular neuroscience at Massachusetts General Hospital. He did his psychiatry residency at Oslo University Hospital, and is now attending psychiatrist at the Bipolar Disorder Clinic. He applies clinical, neurocognitive, and brain imaging phenotypes and molecular genetics tools to identify causes and underlying pathophysiology of bipolar disorder, and develop multimodal stratification tools. He chairs international consortia in bipolar disorder genetics (PGC) and brain imaging (ENIGMA), and coordinates European Bipolar Disorder Network (ECNP) and Horizon2020 projects. 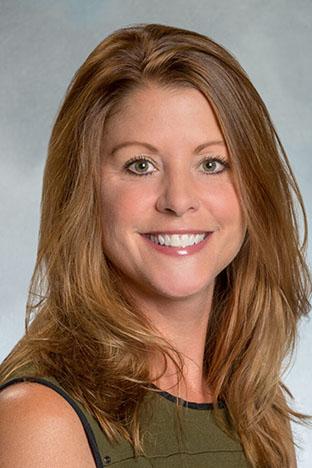 Katherine E. Burdick, Ph.D. is the Jonathan F. Borus, M.D. Distinguished Chair in Psychiatry and the Vice Chair for Research in Psychiatry at Brigham and Women’s Hospital in Boston, MA. She is the Director of the Mood and Psychosis Research Program at BWH and holds the rank of Associate Professor of Psychology in Psychiatry at Harvard Medical School. 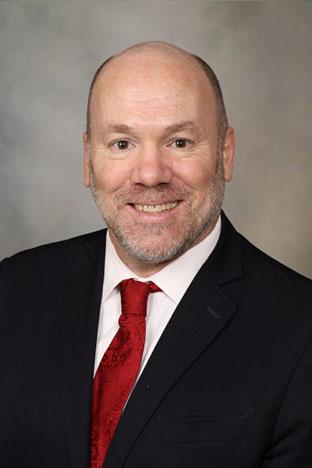 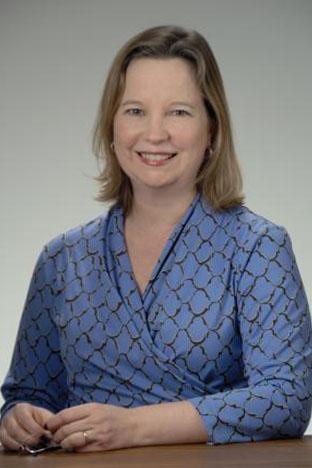 Sarah Morris, Ph.D., is the Chief of the Adult Psychopathology and Psychosocial Interventions Research Branch of the NIMH Division of Translational Research (DTR) and Associate Head of the Research Domain Criteria (RDoC) Unit. She joined the NIMH in 2010 as program officer for the schizophrenia spectrum disorders program and now leads a branch which manages a portfolio of grant applications and funded grants focused on translational research in adult psychopathology. Dr. Morris also co-leads the Research Domain Criteria (RDoC) effort to promote research that explores novel methods to classify mental disorders. 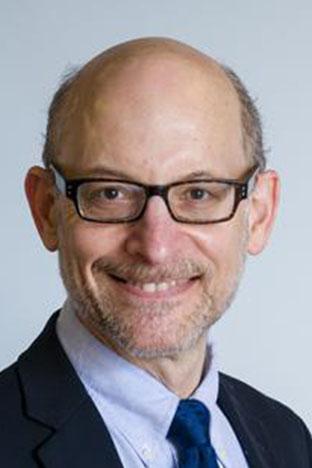 Andrew Nierenberg, M.D., graduated from the Albert Einstein College of Medicine of Yeshiva University, Bronx, NY. After completing his residency in psychiatry at New York University/Bellevue Hospital, he studied clinical epidemiology at Yale University as a Robert Wood Johnson Clinical Scholar. Dr. Nierenberg then joined the faculty at Harvard Medical School, first at McLean Hospital in Belmont, Massachusetts and then at Massachusetts General Hospital, where he holds the Thomas P. Hackett MD Endowed Chair in Psychiatry and is a professor of psychiatry at Harvard Medical School. He is also Honorary Professor in the School of Medicine, Faculty of Health at Deakin University, Geelong Australia (where he was a Thinker in Residence), and Honorary Skou Professor at Aarhus University in Denmark.