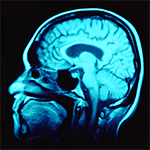 Purpose of this study: To find out if there are any shared genetic (DNA) patterns involved in inherited neurologic diseases, such as Frontotemporal Dementia (FTD) or Amytrophic Lateral Sclerosis (ALS), and bipolar affective disorders.

The impetus for this study was the identification of a family with co-occurrence of Frontotemporal Dementia (FTD) and bipolar disorder. There are data to suggest that there may be a higher rate of age-related decline in cognitive ability among some individuals with bipolar. The gene that was studied is implicated in FTD and ALS (some people get FTD and others ALS, reason not known); the individuals with these disorders often manifest in their 40’s and 50’s with a clinical syndrome that is very much along a manic / depressive pattern.

This study has received approval from: IRBMED  HUM00076736