A Psychiatric News interview with Melvin McInnis, M.D., the Principal Investigator of the Prechter Fund 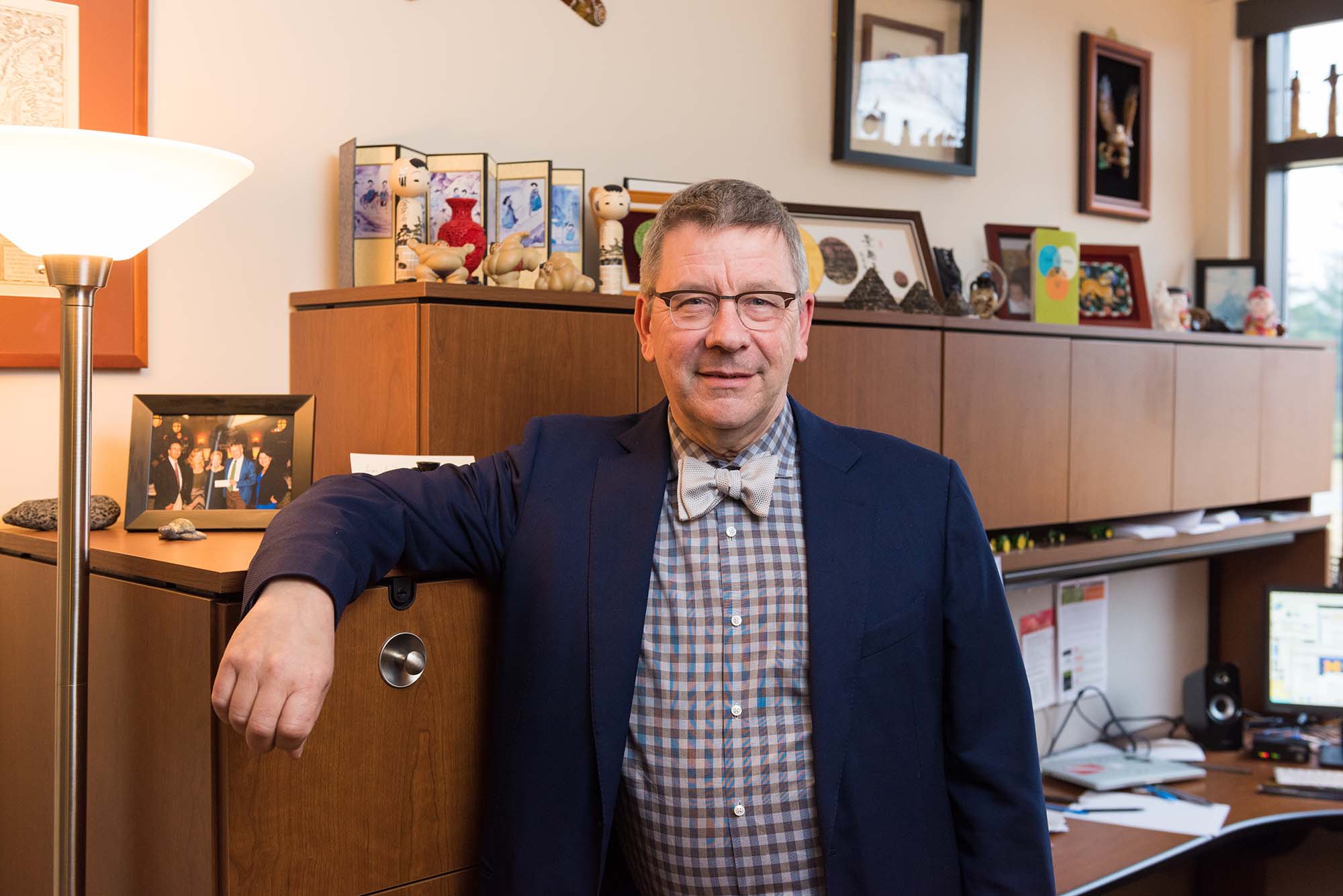 Melvin McInnis, M.D.: The effects of antipsychotic medication on the brains of patients with bipolar disorder may be as much biological as behavioral.

"People with bipolar illness are fascinating individuals, very creative and energetic," said McInnis in a recent interview with Psychiatric News. "The tragedy around them can be pretty profound, but once you start seeing them get back on track and back to a normal life, it's truly a rewarding experience."

More recently, McInnis's research has encompassed explorations into the genetics of the illness.

Genetics may not be the most important element in understanding the origins and treatment of mental illness, but together with environmental influences, it plays a major and growing role, said McInnis, a professor of psychiatry and the Thomas B. and Nancy Upjohn Woodworth Professor of Bipolar Disorder and Depression at the University of Michigan.

In an article in the March Bipolar Disorder, McInnis and colleagues describe a search to identify gene transcripts patterns in treated and untreated patients with bipolar disorder.

They examined postmortem brain samples from seven patients with bipolar disorder who had been treated with antipsychotic medications, seven who were untreated, and 12 controls who did not have bipolar disorder. The brains came from the Stanley Foundation Brain Bank.

Gene-expression differences between patients exposed to antipsychotics and controls were not significant, they noted.

"We saw that medications are normalizing genes with identifiable differences in expression patterns," said McInnis. Such normalization may reflect underlying processes related to both the origin of the illness and how patients improve with treatment.

Although the study observed outcomes of treatment with antipsychotic medications, other drugs might well have similar normalizing effects, he speculated.

Then, when the researchers compared brains of controls and of treated patients with those of bipolar patients who were not exposed to antipsychotics, they found 2,191 genes with significantly altered gene-expression levels.

Of those gene transcripts, 2,075 displayed a decrease in quantity among the untreated group compared with the combined treated/control group. Another 116 gene transcripts were increased among the nonexposed group.

The researchers noticed other patterns too. "Many of the genes expressed are involved with cellular communication," McInnis explained. These include calcium-channel transport or the structure and function of synapses.

Communication between neurons is important in bipolar disorder, said McInnis. In the manic phase, patients are energized and thinking faster, while in the depressive phase, their mental processes appear to slow down.

Perhaps not so surprising to McInnis was the sheer number of genes involved. Changes in gene-expression levels were "modest," less than two-fold, more evidence that many genes appear to contribute a small amount each to the susceptibility for an illness, interacting with external and internal environmental factors.

Understanding which genes are involved in disorders is just at its beginning stage, like learning basic anatomy, he said. Real advances will come when researchers understand how the genes work in concert.

"But the presence of so many genes with just small differences presents a major statistical challenge," he said.

The current study is also limited by small numbers and by potential confounders surrounding the lives and deaths of the patients, he said.

Research into bipolar disorder can benefit from collaboration with other scientific specialties. For instance, McInnis is working with University of Michigan colleagues to explore the research value of induced pluripotent stem cells derived from skin biopsies from people with and without bipolar disorder.

Studies of these cell lines could test the effects of medications or other environmental exposures in conjunction with more complex research on brain circuitry.

"I would like to see the day when a person with any chronic, noncommunicable disease could establish a cell line that could be used to predict which medications would be better for that individual," he said.

A first step will be to observe the effects of lithium on such cell lines, he said.

Link to original Psychiatric News article can be found here.