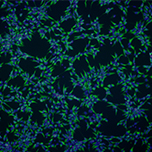 These cells, made from the skin of people with bipolar disease, may help scientists understand bipolar disorder & develop new treatments.

ANN ARBOR, Mich. — What makes a person bipolar, prone to manic highs and deep, depressed lows? Why does bipolar disorder run so strongly in families, even though no single gene is to blame? And why is it so hard to find new treatments for a condition that affects 200 million people worldwide?

New stem cell research published by scientists from the University of Michigan Medical School, and fueled by the Heinz C. Prechter Bipolar Research Fund, may help scientists find answers to these questions.

It’s the first time scientists have directly measured differences in brain cell formation and function between people with bipolar disorder and those without.

The researchers are from the Medical School’s Department of Cell & Developmental Biology and Department of Psychiatry, and U-M’s Depression Center.

Stem cells as a window on bipolar disorder

The team used a type of stem cell called induced pluripotent stem cells, or iPSCs. By taking small samples of skin cells and exposing them to carefully controlled conditions, the team coaxed them to turn into stem cells that held the potential to become any type of cell. With further coaxing, the cells became neurons.

“This gives us a model that we can use to examine how cells behave as they develop into neurons. Already, we see that cells from people with bipolar disorder are different in how often they express certain genes, how they differentiate into neurons, how they communicate, and how they respond to lithium,” says Sue O’Shea, Ph.D., the experienced U-M stem cell specialist who co-led the work. 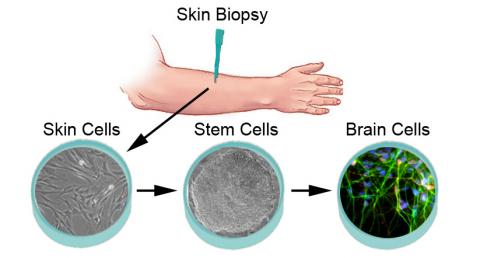 A small skin sample from a person with bipolar disorder can yield stem cells that can be coaxed to become neurons just like those in the brain.

“We’re very excited about these findings. But we’re only just beginning to understand what we can do with these cells to help answer the many unanswered questions in bipolar disorder’s origins and treatment,” says Melvin McInnis, M.D., principal investigator of the Prechter Bipolar Research Fund and its programs.

“For instance, we can now envision being able to test new drug candidates in these cells, to screen possible medications proactively instead of having to discover them fortuitously.”

The research was supported by donations from the Heinz C. Prechter Bipolar Research Fund, the Steven M. Schwartzberg Memorial Fund, and the Joshua Judson Stern Foundation. The A. Alfred Taubman Medical Research Institute at the U-M Medical School also supported the work, which was reviewed and approved by the U-M Human Pluripotent Stem Cell Research Oversight committee and Institutional Review Board.

O’Shea, a professor in the Department of Cell & Developmental Biology and director of the U-M Pluripotent Stem Cell Research Lab, and McInnis, the Upjohn Woodworth Professor of Bipolar Disorder and Depression in the Department of Psychiatry, are co-senior authors of the new paper.

McInnis, who sees firsthand the impact that bipolar disorder has on patients and the frustration they and their families feel about the lack of treatment options, says the new research could take treatment of bipolar disorder into the era of personalized medicine.

Not only could stem cell research help find new treatments, it may also lead to a way to target treatment to each patient based on their specific profile – and avoid the trial-and-error approach to treatment that leaves many patients with uncontrolled symptoms.

More about the findings: 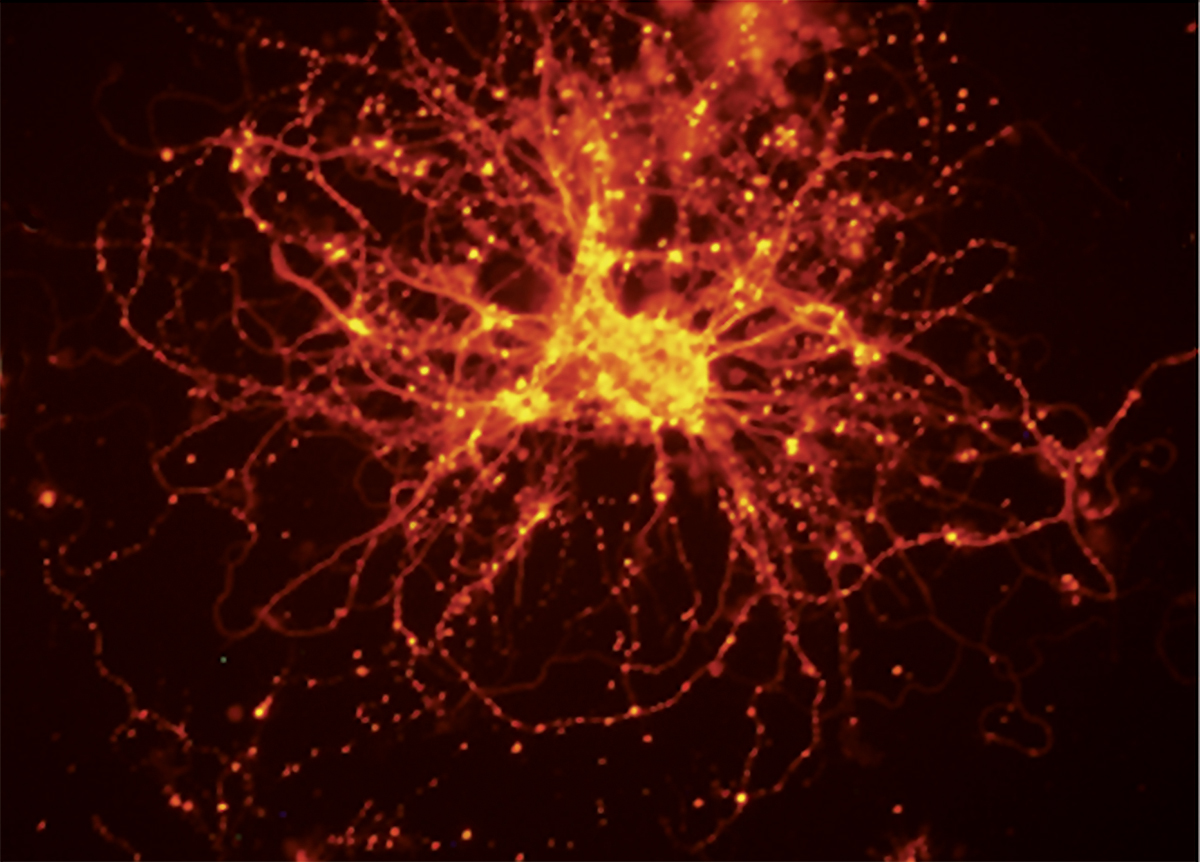 The skin samples were used to derive the 42 iPSC lines. When the team measured gene expression first in the stem cells, and then re-evaluated the cells once they had become neurons, very specific differences emerged between the cells derived from bipolar disorder patients and those without the condition.

Specifically, the bipolar neurons expressed more genes for membrane receptors and ion channels than non-bipolar cells, particularly those receptors and channels involved in the sending and receiving of calcium signals between cells.

Calcium signals are already known to be crucial to neuron development and function. So, the new findings support the idea that genetic differences expressed early during brain development may have a lot to do with the development of bipolar disorder symptoms – and other mental health conditions that arise later in life, especially in the teen and young adult years.

Meanwhile, the cells’ signaling patterns changed in different ways when the researchers introduced lithium, which many bipolar patients take to regulate their moods, but which causes side effects. In general, lithium alters the way calcium signals are sent and received – and the new cell lines will make it possible to study this effect specifically in bipolar disorder-specific cells.

Like misdirected letters and packages at the post office, the neurons made from bipolar disorder patients also differed in how they were ‘addressed’ during development for delivery to certain areas of the brain. This may have an impact on brain development, too.

The researchers also found differences in microRNA expression in bipolar cells – tiny fragments of RNA that play key roles in the “reading” of genes. This supports the emerging concept that bipolar disorder arises from a combination of genetic vulnerabilities.

The researchers are already developing stem cell lines from other trial participants with bipolar disorder, though it takes months to derive each line and obtain mature neurons that can be studied. They will share their cell lines with other researchers via the Prechter Repository at U-M. They also hope to develop a way to use the cells to screen drugs rapidly, called an assay.