A better approach to this elusive condition shows promise with recent research out of Southeast Michigan. 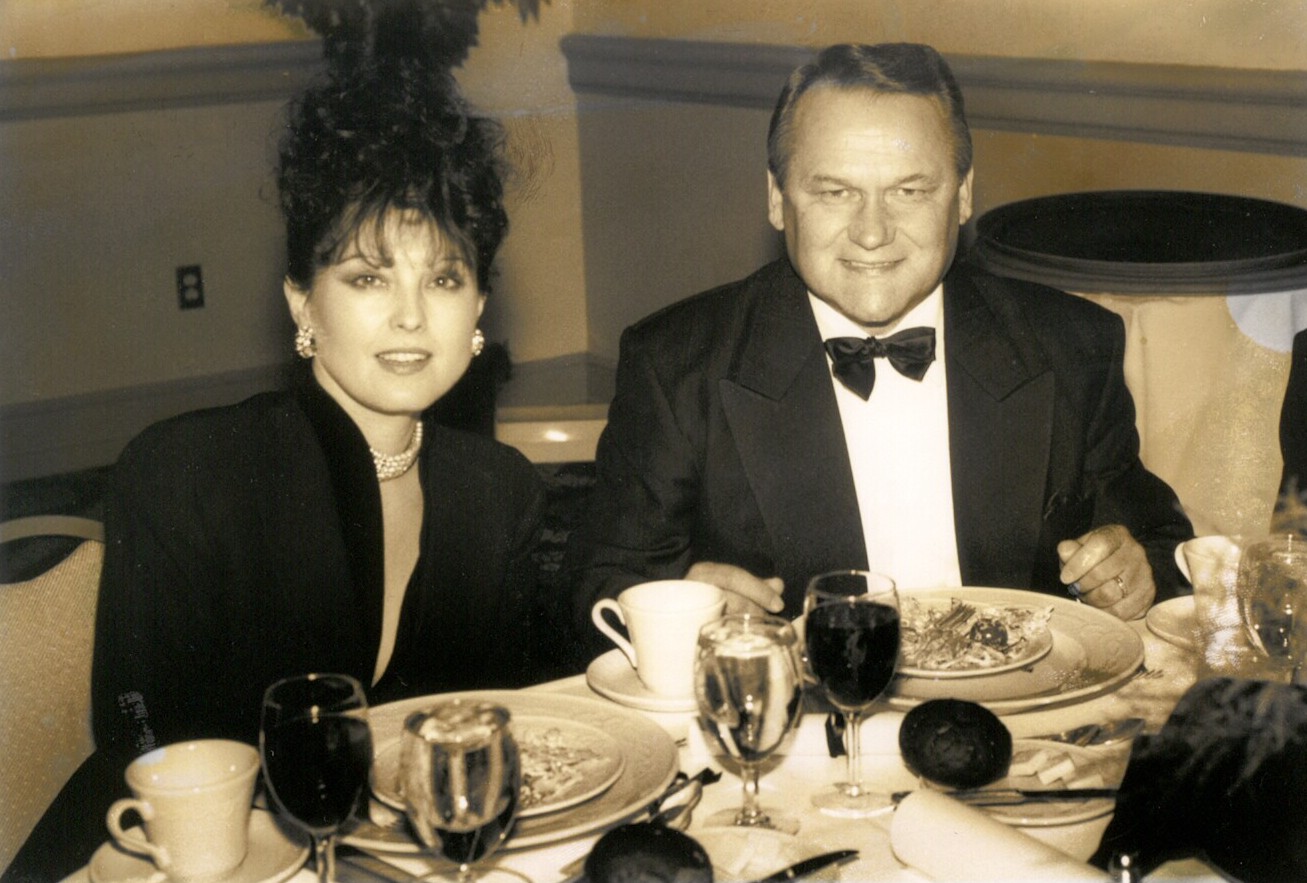 Part of what drew Wally Prechter to her late husband, Heinz, was his charisma, his energy, and his vision for a better world. She fell in love with his creativity and his dynamism, and the beginning of their life together was, indeed, a fairy tale, complete with a horse-drawn carriage at their wedding and adventures in foreign lands.

The German-born couple came to the University of Michigan as newlyweds. Prechter was known for his entrepreneurial endeavors, including bringing the sunroof to America. And yet, things turned when Wally announced her pregnancy with twins.

“He was not happy for me, laying his head on the desk and closing the door behind me,” she recalls. Heinz fell into what would become an 18-month depression, during which Wally searched her soul to figure out where her husband had gone and what she could possibly do to bring him back.

“He was a stranger in a different land,” she says.

That was 1979-1980. Throughout their 24-year marriage, Wally found herself riding the waves of highs and lows with her husband, sometimes having to get him out of bed and dressed, and other times shrinking back from the sheer exuberance of his good times. Depression is a “capricious illness,” says Prechter. “You never know who you’re going to be the next day.”

Another depressive episode hit in 1992, and it was only then that a doctor diagnosed Heinz Prechter with depression. In truth, he suffered from bipolar disorder, and in 2001, he took his own life, devastating his family, friends, and colleagues and depriving the world of a brilliant and philanthropic leader.

“If we can make smart bombs, if we can go to Mars, do not tell me we can’t help people with this,” says Wally Prechter. “This is an illness that destroys lives.”

Illnesses of the mind affect tens of millions of Americans, who suffer from an array of disorders — depression, bipolar, dysthymia, postpartum depression, post-traumatic stress syndrome, anxiety disorder, and more.

Depression is not a one-size-fits-all disease. Experts agree it would be much easier if it were. In fact, it’s so elusive that researchers are only just beginning to realize its complicated roots that go beyond a mere chemical deficiency in the brain. And yet, medication has so far focused only on fixing that suspected deficiency.

Of the 26 depression medications, 20 are known as selective serotonin reuptake inhibitors, or SSRIs, which work on the premise that uneven serotonin levels in the brain are a major cause of depression. But doctors say these essentially one-dimensional drugs are not adequate for many depressed people. In fact, some research suggests that they don’t work at all.

That’s why depression research today, driven by efforts in Southeast Michigan, is starting to focus on the cellular level, which shows potential for carving out a groundbreaking, per-patient approach to treatment.

Researchers are hoping to identify DNA markers to help them understand why some people make it through treatment and come out on top — and why others seemingly never break free from the shackles of mood disorders.

“For the past 100 years, it’s been known that depression and bipolar disorder run through families,” says Dr. Melvin McInnis, a University of Michigan professor who leads research at the U-M Depression Center. “That led us to search for genes that are contributing to the susceptibility of bipolar disorder, and over the years, we hoped we would find one gene that had a major effect. That has not been the case.”

What researchers have learned, though, is that many genes, each with small impact, are working in unison to create a susceptibility factor that stressors and environmental sources can trigger into full-on depression.

The research being done by the Depression Center is funded by the Heinz C. Prechter Bipolar Research Fund, an effort created by Wally Prechter after her husband’s death. Thus far, she’s contributed millions of her own dollars and raised even more to drive discovery of the roots of depression.

Some of the best discoveries in depression research today are coming from what is essentially a derivative of stem cell research.

Scientists take skin cells from individuals with depression or bipolar disorder and manipulate them to mimic brain cells, essentially allowing them to peer inside the brain without cutting people open.

It’s incredibly exciting, McInnis says. With these “evolved” brain cells, scientists can gauge how the cells will react to certain medications and then make better decisions about what would or wouldn’t work for a particular patient. It’s real-time research with practical application more so than any prior laboratory work.

Revolutionary, for sure, especially because there is no sure-fire way to treat depression and probably never will be, says Dr. John Greden, executive director of the Depression Center. “We need to find the underlying causes,” if we want to treat depression effectively, he says.

“We are looking at bio-markers — genes, blood values — [which] are like a fingerprint for your underlying [triggers],” says Greden. “Chemical messengers or neurotransmitters are real. But they don’t explain all depressions. Serotonin, for example, is just one of the neurotransmitters that influence sleep, mood, pleasure, suicide thoughts, appetite, and energy — all the types of factors that can go bad in depressed people.”

But it’s not the only pathway to depression, Greden says, which is why the old SSRIs don’t always work.

Once researchers can pinpoint a particular patient’s “pathways” to the disease, they can treat it in a specialized and highly effective manner.

The goal at U-M is to eventually achieve “personalized precision treatments,” Greden says, which means finding each patient’s individual cause for depression and treating that with laser-sharp focus.

Not Just About Medicine

The goal of treating depression differently is already being put into practice at Henry Ford Health System, though not through medication alone. Dr. C. Edward Coffey, CEO of Behavioral Health Services at Henry Ford, set an “audacious goal” of reducing the suicide rate among Henry Ford’s HMO patients by “re-engineering” its own health care system when it came to its depressed patients.

“We’ve improved our understanding of the disease, but we haven’t yet fully leveraged the knowledge from the lab to the patient,” Coffey says. Our health care systems are “fragmented, disintegrated, they don’t communicate. They aren’t engineered to put the patient at the center of the treatment.”

When Coffey’s team began their work at Henry Ford, the rate of suicide in their HMO patient population was 90 per 100,000. Over several years, they reduced the rate by 80 percent without any new drug. Instead, Henry Ford told their depressed patients that they were not going to die of suicide — and then they put in place evidence-based strategies, like helping patients remove all weapons from the home and making access to depression treatment more immediate and swift, that are shown to reduce suicide deaths.

Personalized treatment for depression will ultimately depend on nailing down the causes, Greden says, which can vary widely. Other illnesses, like cancer, for example, can trigger depression, and so can inflammation around the brain. But the important thing to realize, says Greden, is that it is never just one of these causes that creates a depressive state. It’s a complex cocktail of several or all genetic predispositions triggered by environmental factors like childhood abuse or alcohol consumption.

Even day-to-day stress, lack of exercise, or eating the wrong foods can trigger depression, Greden says. Some people may ward off the condition by eating right and exercising regularly, but other people need medication, therapy, and other treatments, too. Every case is different.

In addition to the cell experiments and treatment changes, there is another trial going on at the University of Michigan, where Prechter Fund scientists are collaborating with the engineering school toward using technology to assess and monitor moods. In particular, says McInnis, they’re looking for speech patterns that indicate the eventual onset of a depressive episode.

“Some preliminary data suggests that we are able to use sound waves to determine if we can identify acoustic patterns that predict changes in mood,” he says. “It would be wonderful if you have a way of analyzing speech and saying, ‘There’s a 40 percent likelihood that your depression is going to get worse because of the pattern developing in your speech.’ ”

Such discoveries would lead to technological advancements to monitor mood disorder patients and help them stay ahead of their disease.

The big challenge facing cutting-edge researchers today is a national push toward wanting to group all mood illnesses in one neat category. “There is an enthusiasm at the National Institutes of Mental Health to [categorize] these disorders in the broadest categories,” McInnis says. “Depression is not the same illness in the elderly as it is in younger people. The illness itself changes as we evolve.”

Greden insists that the proper term is “depressions,” a plural noun rather than singular, because the disease has many causes and many manifestations. It’s not one simple disease.

Where does medication factor into all this advancement? It’s still there, and going strong, but with prevailing problems.

Since 30 percent of people with depression have some degree of treatment resistance, and only one-third of patients experience a full remission after the first round of treatment, the question of medication efficacy looms large.

The cellular research at the Depression Center is significant in breaking ground on whether particular medications work for particular individuals. Previously, antidepressant research and testing depended on animal models, not humans. The cell-level research shows how medications will work with individuals, making treatment specialized and focused specifically for the patient.

“There is a strong capacity for identifying new medications,” says McInnis. University of Michigan scientists are collaborating with Harvard, Columbia, and the University of Texas Southwestern to drive these innovations.

One promising path, notes Greden, is ketamine. Approved at high doses for anesthesia and sold on the street as Special K, this drug in lower doses of a controlled form might prove to be a unique approach to treating some depressive conditions, Greden says.

Other medications are in the works in the form of pills and nasal sprays. Answers are close, but the research is ongoing, experts say, and some of it has been inconclusive.

Regardless of what is discovered, the key, Greden says, is the mixing of treatment approaches for the perfect combination for each patient.

Still, major depressive disorders affect more than 32 million American adults. It’s the leading cause for disability among Americans ages 15-44, twice as prevalent in women, and most prevalent among baby boomers. Forty-five percent of those with major depression want to die; 9 percent attempt suicide.

Wally Prechter believes that brilliant and creative people often fall prey to mood disorders. Perhaps it’s all tied up together in the brain wiring of incredibly revolutionary and unique people, she says.

“It is a hard illness to live with,” she says, for the suffering individuals as well as for those close to them. “On the other hand, if nature had wanted to eradicate this illness altogether, it would have. Productive, wonderful, creative individuals like authors and writers and entrepreneurs have it. We need the forward-pushing genius and imagination in our world, and research is here to stop these episodes and tragedies.”

“If we put our mind to it and we work at it, we can make a big difference in outcomes,” says Coffey. “Even while doing research that’s illuminating the biological underpinnings of depression — that’s important, and we must do it. But that by itself is not going to be sufficient. We must translate that knowledge very rapidly into meaningful care for patients.”

Link to the original article