Electroconvulsive therapy (ECT) is a medical intervention most commonly used in patients with severe major depression, bipolar disorder (BP) or catatonia who have not responded to other treatments or who are at risk for suicide. ECT involves a brief electrical stimulation of the brain while the patient is under anesthesia. Clinical evidence indicates that for individuals with severe major depression, ECT will produce substantial improvement in approximately 80 percent of patients. 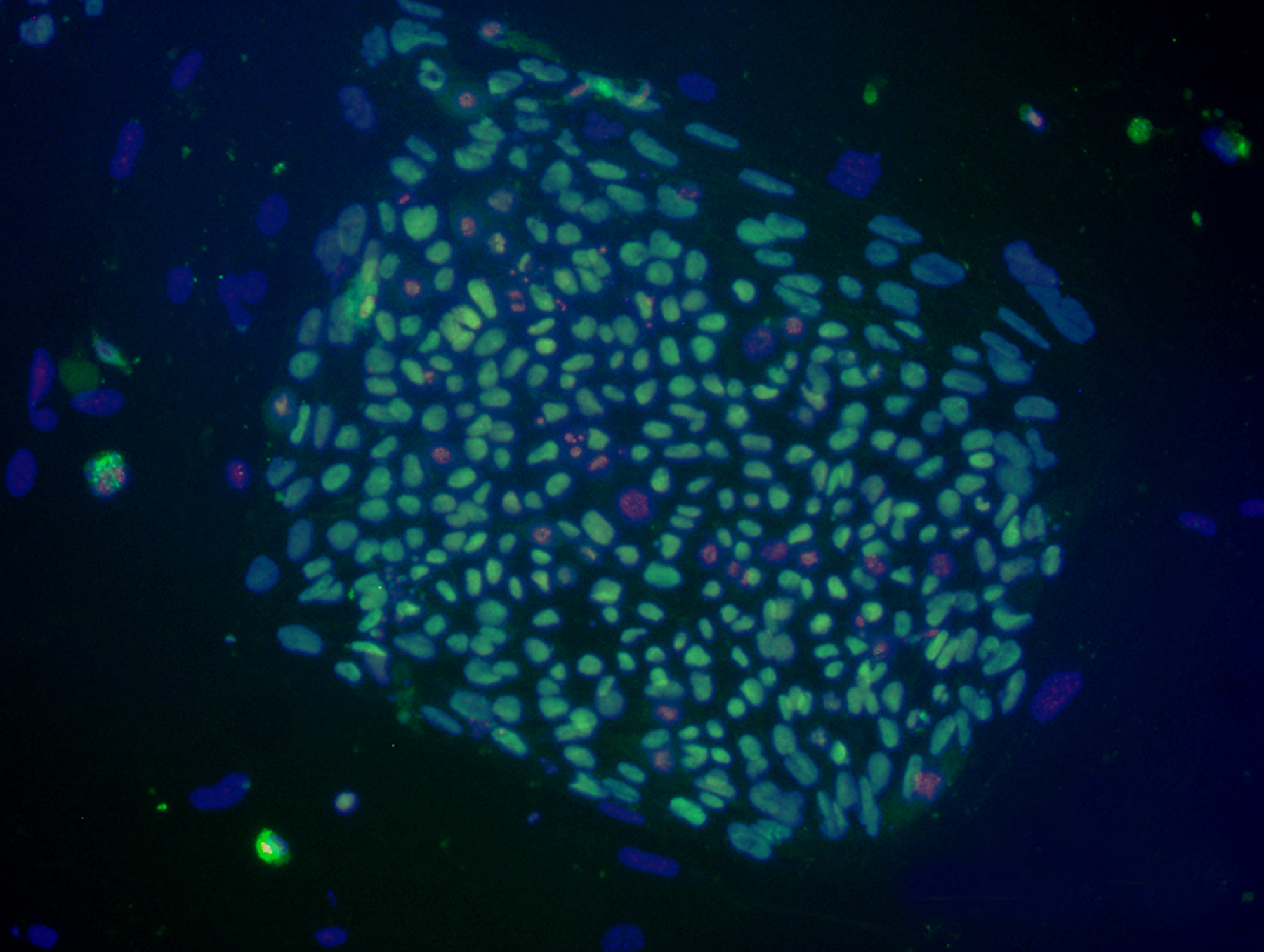 colony of stem cells derived from an individual with bipolar disorder

However, we do not presently know how ECT works. One hypothesis is that the treatment helps brain cells remove toxic proteins that, when present, change the function of cells by damaging them or clogging them up. Several neurodegenerative disorders including Alzheimer’s disease are thought to be caused by a similar inability to remove harmful proteins from the cell. By understanding what toxic proteins may be produced in psychiatric disorders and whether they are purged from cells by electroshock, it may be possible to employ medicines that stimulate this process directly.

In this research, lead by K. Sue O’Shea, Ph.D., we will expose brain cells, in a dish, from control individuals and bipolar disorder patients to a series of electroshocks and determine what proteins are released by the cells. We will then test if their release can be stimulated with medicines, rather than ECT. With this research, we hope to improve treatments for patients with severe mental illness.

Our lab has already established that astrocytes (a type of support cell in the nervous system) from control patients produce more exosomes (sacs that transport waste out of the cell). We’ve also seen that the quantity and type of materials—proteins and RNA (Ribonucleic acid) —which are removed by exosomes are different in astrocytes from people with bipolar disorder.

We are currently studying the exosomes released passively (without shock) into the culture medium. The electroshock apparatus and particle counter have been identified and will be procured for the lab in February 2018. We will then apply current to the cells and compare the contents of exosomes from bipolar and control cells. Finally, we will chemically activate and block this pathway and examine effects on neuronal behavior.

8/2018    Quantify number and size of exosomes released by control and BP brain cells before and after ETC.

2/2019    Itemize the types of proteins released via exosome by control and BP brain cells, before and after ETC.