The MOODS of Moms Study

Women with bipolar disorder are often in their teens or early 20s at disease onset, placing them at risk for manic and depressive episodes throughout their reproductive years, especially during pregnancy. Untreated bipolar disorder can bear great risk for mother and child, yet risk of birth defects from medications also concerns prospective mothers. As one woman said, “It’s complicated!”

The initial phase of this research on pregnancy and bipolar disorder identified 246 women within the Prechter database who reported 646 pregnancies with numerous pregnancy complications. These data were presented at a meeting of the International Fetal Medicine and Surgical Society in August of 2017.

In this next phase of research, we designed electronic surveys to send to women of childbearing age in the Prechter Longitudinal Study of Bipolar Disorder and 394 women will be asked to participate. These surveys include details regarding depressive or manic recurrences, treatments, and obstetric results such as miscarriages or birth defects. The surveys also ask about complementary treatments such as yoga, mindfulness, or exercise that may have been used during pregnancies.

Additional funding is needed to continue this portion of our research on bipolar disorder and pregnancy. We plan to design an interventional study informed by the survey results. In that future study, pregnant women with bipolar disorder would participate in additional treatments such as yoga, mindfulness, or exercise. We hope to identify ways to reduce chances of depression or mania during this important time of life.

This research has included faculty input from Psychiatry, Obstetrics, the Prechter Bipolar Research Program, and the Women and Infant Mental Health Program. We hope to reduce the challenges faced by women managing bipolar disorder during pregnancy. These findings will affect not only the lives of these women, but also the lives of their next generation. 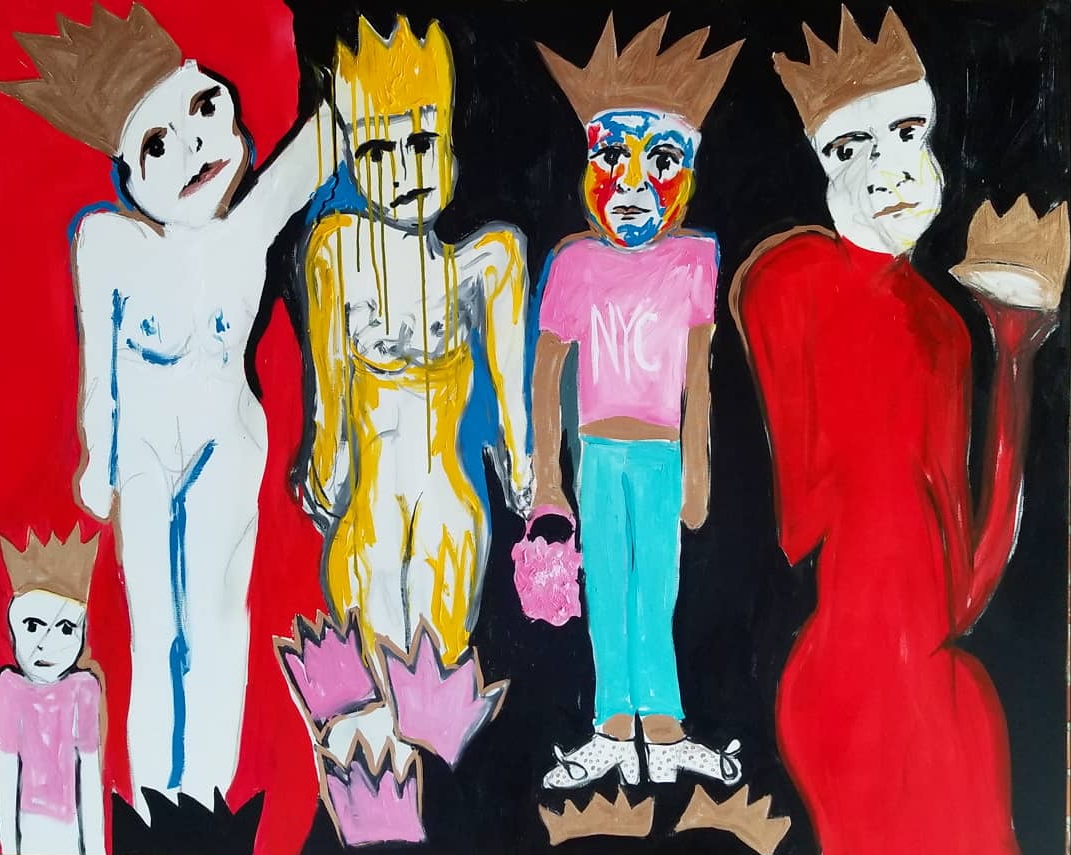 "I went through such a struggle figuring out whether I could have a baby with my bipolar diagnosis, not wanting to have another episode. We finally decided to take the risk and I stayed on the lithium. I had an episode right after birth that we were prepared to deal with, and I was treated in a few weeks. I have not had an episode since, and my son is nine years old. Having a plan for the bipolar was equally as important as a birth plan. This research for women is so very important, they need action steps. They deserve to have children in the most peaceful way they can.

I am a contemporary mixed media painter. In my art I have a series about crowns. Maya Angelou says, “Your crown has been bought and paid for. Put it on your head.” I am proud of every aspect of my journey and other women need that, too. I take my lithium like my life depends on it, I get my sleep, I do what I have control of, but at the end of the day if it comes back, it is not my fault, it is disease. I understand that and love myself just the same. If I can be part of demystifying mental illness, sign me up — everyone deserves a crown.”

Read more about the MOODS of Moms study on our research page.