Dr. Marshall is a clinical assistant professor, board certified neuropsychologist, and co-investigator in the Prechter Program 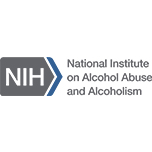 Dr. David Marshall has been selected to receive a 2019 National Institute on Alcohol Abuse and Alcoholism (NIAAA) R13-funded travel award to present his research poster entitled “Impact of Cannabis and Alcohol Use Disorders on clinical and cognitive outcomes in Bipolar Disorder” at the American Psychological Association’s (APA) Annual Convention in Chicago, IL in August 2019. Dr. Marshall was also invited to present this research at the convention in a Paper Session titled “At the Crossroads of Psychiatric and Cognitive Alterations.” While cognitive difficulties have been reported in those with bipolar disorder with a co-morbid substance use disorder, including our group's work from 2012, the scientific literature is mixed as to the extent and impact of the clinical and cognitive difficulties and few studies have examined the specific effects of alcohol and marijuana use disorders in bipolar disorder, which is what Dr. Marshall is currently investigating and will be presenting on.