The stem cell (iPSC) lab, led by K. Sue O'Shea, has had a successful research year submitting two manuscripts, with three actively in preparation. The team has completed many of the milestones for their NIMH grant and has made important contributions to understanding the mechanisms underlying bipolar disorder, as well as ECT. 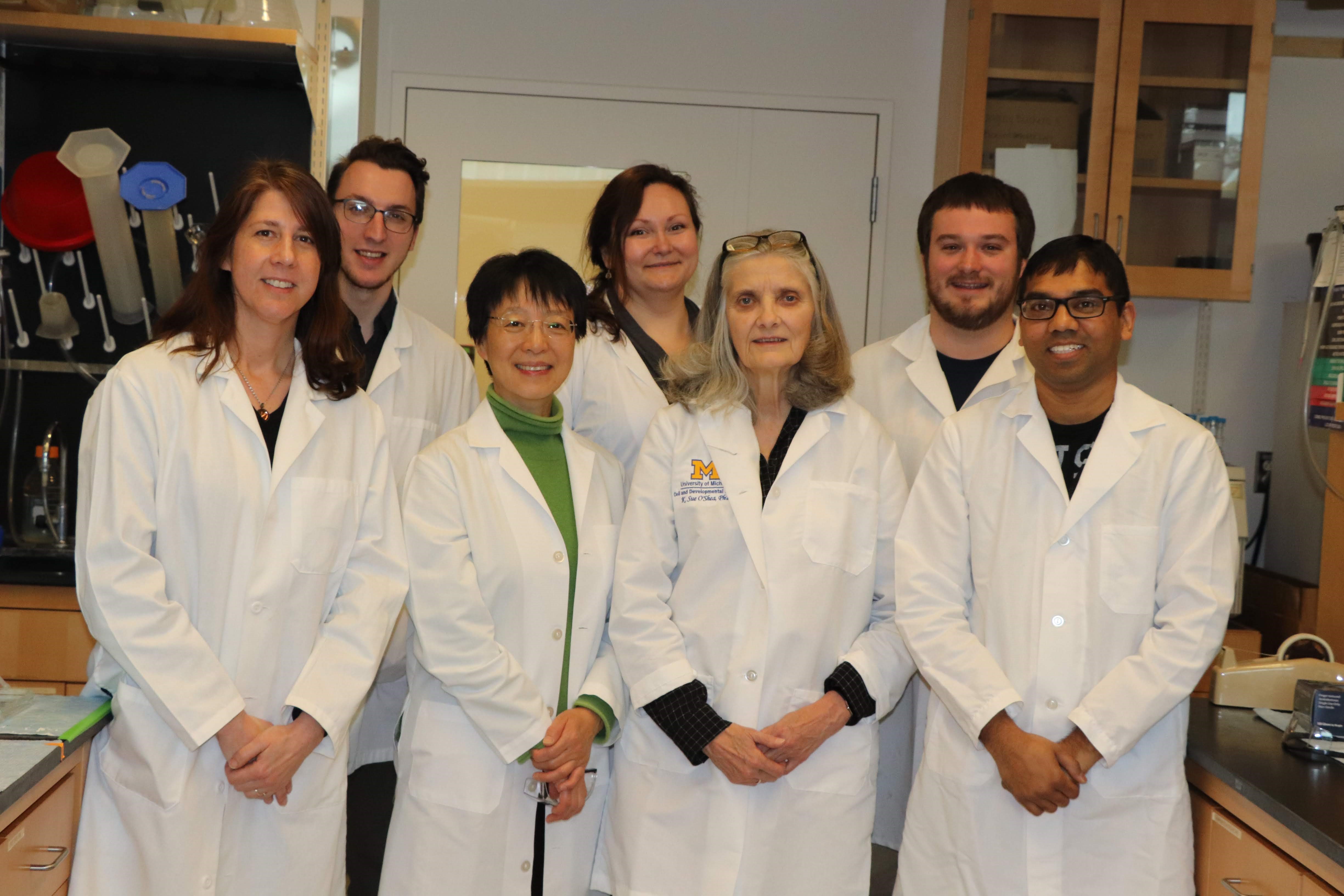 The lab staff consists of a group of interactive, hard-working researchers who have been responsible for all of the following studies:

Durga Attili, M.S., came to the lab last summer with an interest in using pluripotent stem cells to model disease. He single-handedly developed a protocol to remove and concentrate the membrane bound particles, exosomes, from tissue culture medium and from patient serum. He has analyzed the exosomes using many different techniques from laser measurements to proteomic analysis and identified differences in the cargo of bipolar vs. control exosomes.

Kate Campbell, Ph.D., came to the lab last fall to apply her skills in analyzing patient stem cell-derived cardiac muscle cells to another excitable cell type, neurons. She took on a complicated project. She is now producing excitatory human glutamatergic neurons to study their role in bipolar disorder. In addition to perfecting the difficult differentiation, she has worked out a fluorochrome-based analysis of calcium handling and signaling in bipolar patient cell lines that carry a SNP in one of the pore-forming units of a calcium channel gene, CACNA1C. Additional lines have been corrected, and Dr. Campbell, with her biophysics background, has been instrumental in analyzing their behavior using a unique microscope, an IncuCyte, that works in an incubator, to obtain sequential movies and photomicrographs of cells in culture.

Cindy DeLong, Ph.D., took on one of the most significant roadblocks to using stem cells to model central nervous system disorders—the little discussed fact that while neurons derived from iPSC are morphologically mature and express proteins associated with synapses, their gene expression profile and their electrophysiological characteristics are typical of human fetal development, rather than of adult neurons. To overcome this critical problem, Dr. DeLong looked carefully at our tissue culture medium and decided to supplement it with polyunsaturated fatty acids. This was remarkably successful in promoting differentiation and electrophysiological analysis demonstrated for the first time mature wave forms! Dr. DeLong is working hard to bring this work to publication and we expect it to fundamentally alter neuronal differentiation paradigms.

Guihua Jiang, M.S., came to the lab in January 2019 to complete a project two technicians were previously working on. She has single-handedly analyzed eight cell lines, at two stages of differentiation, with two different drug treatments, eight antibody and eight qPCR marker genes, using light and confocal microscopy—4096 analyses! Importantly, from this work, she identified a novel gene alteration in the astrocytes from bipolar patients.
In the meantime, she has taken on a project to develop neural precursors from a cell line labeled with GFP (green fluorescent protein) so she can co-culture these cells with astrocytes from bipolar and control cells.

Dan Schill, Ph.D., successfully competed for a “Star Award” from the University of Michigan Frances and Kenneth Eisenberg and Family Depression Center, which supports novel research not otherwise funded in the lab. This project builds on work he did in his graduate laboratory, studying transcription factor binding to chromatin in a region containing a SNP associated with bipolar disorder. In addition to this project, Dr. Schill is lead on two other research projects—one to add exosomes isolated from astrocyte-conditioned medium to bipolar and control neurons—amazingly, the control exosomes rescue the bipolar phenotype, suggesting that they carry a cargo which protects neurons from damage and death.

Henry Tran: Henry is an undergrad at the University of Michigan who is working with Durga Attili to make brain organoids or “mini brains." The lab team plans to inject exosomes from bipolar patients into control organoids and vice versa to study their response in three dimensions.

In 2020, the stem cell lab hopes to complete the electroshock studies, organoid work, the GABA and glutamatergic differentiations, and finally, the differentiation of bipolar stem cells to heart muscle cells that have conduction defects.