Jennifer is one of the talented poets the Prechter Program is collaborating with.

On May 7, 2020, the Prechter Program had planned an Evening of Poetry as part of our art exhibit ENERGY – Brain Health and the Power of Creative Expression. The original plan was that published poets would read poems focused on bipolar disorder and depression. However, due to the COVID-19 pandemic, this event, like so many others, had to be postponed to May 2021.

In the interim, we wanted to feature on our website some of these amazing poets. 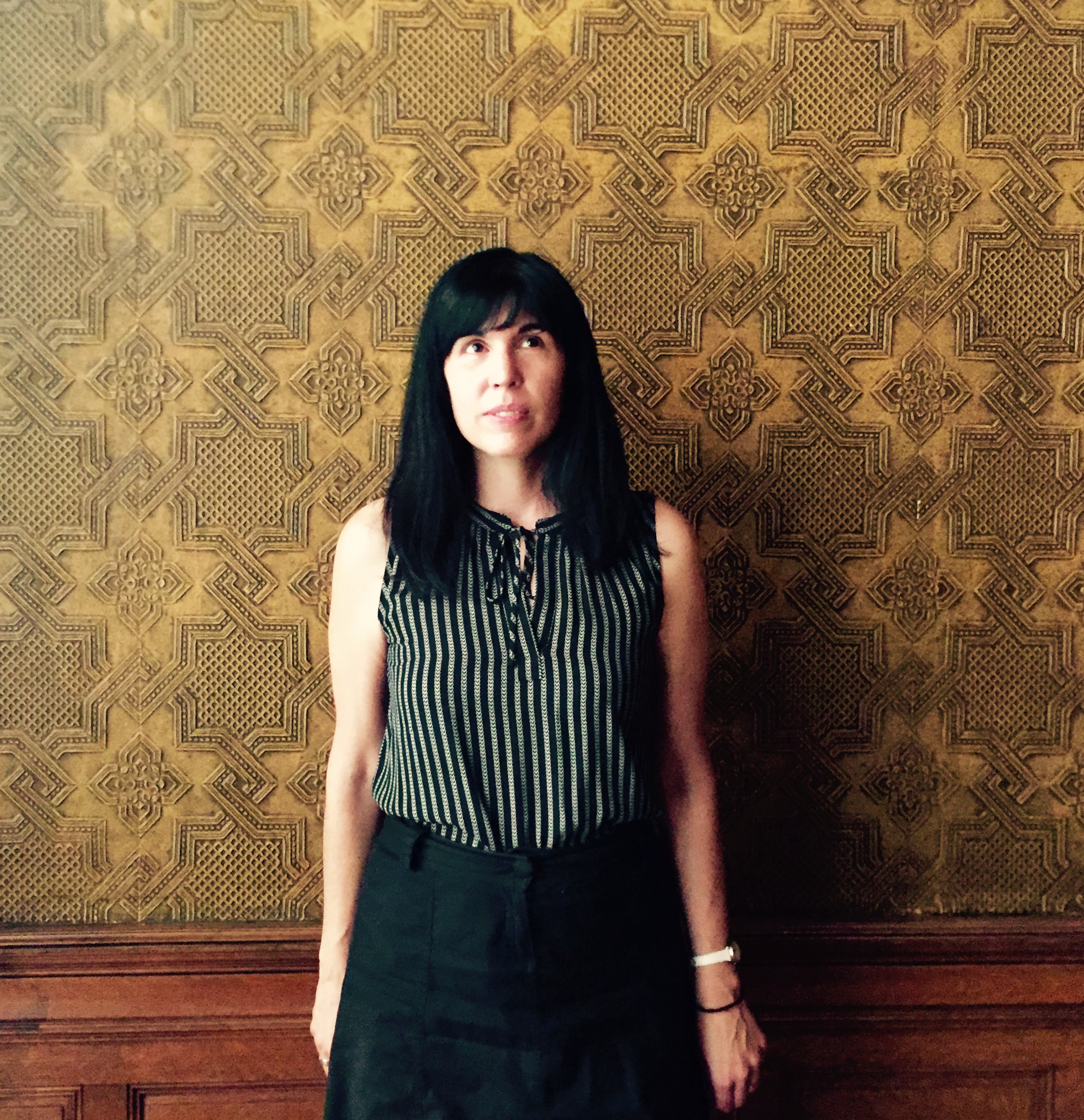 Jennifer Metsker's poetry has appeared in many journals including The Southern Review, Rhino, Birdfeast, The Seattle Review, Gulf Coast, Beloit, Whiskey Island, Cream City Review, and The Journal. She has also had poetry selected to be featured on Poetry Daily and Verse Daily. Her book of poetry, Hypergraphia and Other Failed Attempts at Paradise, is forthcoming from New Issues Poetry & Prose in Fall 2021. Her audio poetry has been featured on the BBC radio show Short Cuts. She also writes essays on mental illness and art, and her work has been included in the anthologies Show Me All Your Scars: True Stories of Living with Mental Illness and The Shell Game: Writers Play with Borrowed Forms. She lives in Ann Arbor, Michigan, where she is the Writing Coordinator at the Stamps School of Art and Design.

We are featuring Jennifer's poem, from Release. Click here to hear the poem read by the author.

My father photoshops the word “waterfall” over the waterfall in the photo. In case I didn’t know, in case I had forgotten. I admire the word waterfall, a clothed thing. It clambers over rocks, turning natural tricks. If only I could forget about the megachurch over the hill with air-conditioned legs inside. If only I were thirsty or had a vestigial pail. It’s like whale watching, waiting for my return. Or like waiting for the rain to put out fires in a megadrought. Palm fronds rattle their accordion hands as I open up my megamouth to spit out my share of ashes.

The ballgame crackles from a tiny television set and shoves the sky into a pocket. My father stares at the air as if there was a ball there. There’s a gelatinous substance on the steeple, there’s a gelatinous substance, I’m sure of it, though I’ve never been up there. Now I’ll never know love again and love will never know me because the world is a scheme and a scheme cannot lift a saggy liver-spotted hand from a hymnal.

The little light in the microwave oven comes on when I open the door and it’s such a relief not to think about how little things work, like the frozen things invented by men with degrees in taste who study the desires of the tongue and approximate, approximate. How I heat them! Behind every curtain, behind every cupboard, a chasm yawns open to expose the underworld. We shouted verses in the common room until the doctor said, “Shut up or the moon will turn purple and the world will end.” Is there an anecdote in here that is worth its weight in salt? I throw a pinch over my shoulder for good luck getting out.

At night I want to be told stories about bunnies. Bunnies that go to school, wear clothes, fly planes, play instruments. Bunnies that hop to school each morning carrying clarinets in hard black cases. The bunnies try to play a song together, but they produce only squeals. They ask their music teacher, why is this so hard? There comes a pause as long as the fence that keeps the rabbits on one side of Australia. Certainly talking was hard at first too, the music teacher said, but you didn’t stop talking.

My father leaves me sections of the newspaper. The politicians gnash their tiny gray teeth and all the other men brandish their weapons. I scour the obituaries, but they have no specific plans for me. Only the comics suggest a pattern that can hold my interest. I’m convinced that the secrets of the universe are hidden in the folds Lucy’s dress when Lucy says, You’re an idiot. I have been deceived again by a five-cent therapist. Where is Snoopy going in his aviator glasses? The doghouse in my father’s yard is big enough for me, though the dog is dead, and what does that mean?

The bunnies study the surface of the moon and try to determine whose face it is. Their first and only guess is God’s face. The moon is big enough for two of us, but God said he wanted me off the moon. How could I believe that God would ever dream of giving me so much room? Now the rose buds are blooming on the fence out back, but it’s like calculus, trying to make an adage out of nothing. The sugar in the sugar bowl hardens into a rock to represent one idea of patience. It’s like the blackbird that fills a parabola with pebbles to get the water out again.

My father does crossword puzzles in his armchair so he can fall asleep inside a word. He doesn’t worry that he won’t wake up again even after all the long nights he watched me charge around the yard like a rabid thesaurus. I burned through answering machines and conspiracies. I composed poetry about the apocalyptic drought. I said anything in my head and in my head was Holy! Holy! Holy! and Arkansas and Blake-light tragedy. Did I tell you Ginsburg visited me? He stood beside me at the dinner table and said, First thought, best thought. But he was talking about death, not poetry. Was I dead? No, because the plates kept coming.