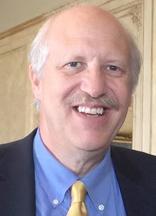 Brian Athey, Ph.D. is the Michael Savageau Collegiate Professor and Founding Chair of the Department of Computational Medicine and Bioinformatics (DCMB) in the University of Michigan Medical School, where he also has appointments as a Professor of Psychiatry and of Internal Medicine. He has previously served as Director of Academic and Clinical Informatics for the Medical School. Brian also served as Founding Co-director of the U-M wide Michigan Institute for Data Science (MIDAS), and is currently a Research Professor in MIDAS. Brian is the Principal Investigator of one of the most well-established NIH Pre-Doctoral Training Programs in Bioinformatics in the US.

Trained as a biophysicist, early in his career, Brian proposed the double helical crossed-linker model for chromatin, now considered to be correct structural motif. He has served as the Principal Investigator on many seminal efforts such as the NIH Visible Human Project, DARPA Virtual Soldier Project, and the NIH National Center for Integrative Biomedical Informatics (NCIBI).

He is a founder of the Michigan Institute for Clinical and Health Research (MICHR), where he served for 11 years as Director of the Biomedical Informatics of its Clinical and Translational Science Award (CTSA). He was Co-founder and later CSO of the tranSMART Foundation, a data integration and analytics platform utilized by the pharmaceutical industry globally.

Brian’s recent research is the creation and use of bioinformatics pipelines, leveraging multiple data sets and methods including epigenomics, Electronic Health Records (EHRs), and machine learning methods to radically improve the efficacy of pharmacogenomics, and is considered a pioneer researcher in the new field of “Pharmacoepigenomics”. From 2010-2016, he served as Chair of Scientific Advisory Board (SAB) of Assurex Health, Inc. (Mason, OH), the leading psychiatric pharmacogenomics company in the world, recently acquired by Myriad Genetics, Inc. (Salt Lake City, UT).

In 2018, Brian and the former Executive Chair of Assurex Health founded Phenomics Health, Inc. (Ann Arbor, MI) to provide 3rd generation “Pharmacophenomics” services. Brian has consulted extensively for the Defense Advanced Research Projects Agency (DARPA), the NIH Office of the Director, and the NIH Chief Information Officer. Since 2017, Brian currently serves as an advisor to the Chinese University Hong Kong, Shenzhen (CUHK-CZ), and is a member of the Shenzhen Research Institute for Big Data (SRIBD). He is an elected Fellow of the American College of Medical Informatics (FACMI).