Anxiety disorders tend to be chronic conditions with periodic mild exacerbations, rather than the discrete, and often dramatic, mood changes seen in unipolar depression and bipolar disorder.

Generalized anxiety disorder is the most commonly diagnosed anxiety condition in older adults. This is characterized by a variety of worries that are difficult to control, produce distress, and are often associated with physical symptoms. Most often patients describe muscle tension or GI upset. These patients often describe themselves as lifelong “worriers” or “worry warts.”

Posttraumatic stress disorder (PTSD) can exist throughout a person’s life or become amplified in old age. The role transitions, medical illnesses, and increased dependency associated with aging can cause anxiety to emerge around previous traumas.

Anxiety disorders have a tendency to co-occur with other psychiatric conditions. In older adults, it is important to screen for hoarding, obsessive-compulsive behavior, depression, and substance misuse. Alcohol and prescription medication misuse are the most prevalent in the elderly.

How do I screen for it?

The diagnosis is made with a clinical history that focuses on the temporal course of symptoms and focus of the anxiety. Screening and epidemiological instruments often have low sensitivity in older adults as a result of insight and recall issues.

The difficulty in diagnosing primary anxiety disorders is often differentiating these conditions from medical illnesses and medication use. Below are suggestions to aid in making this distinction. 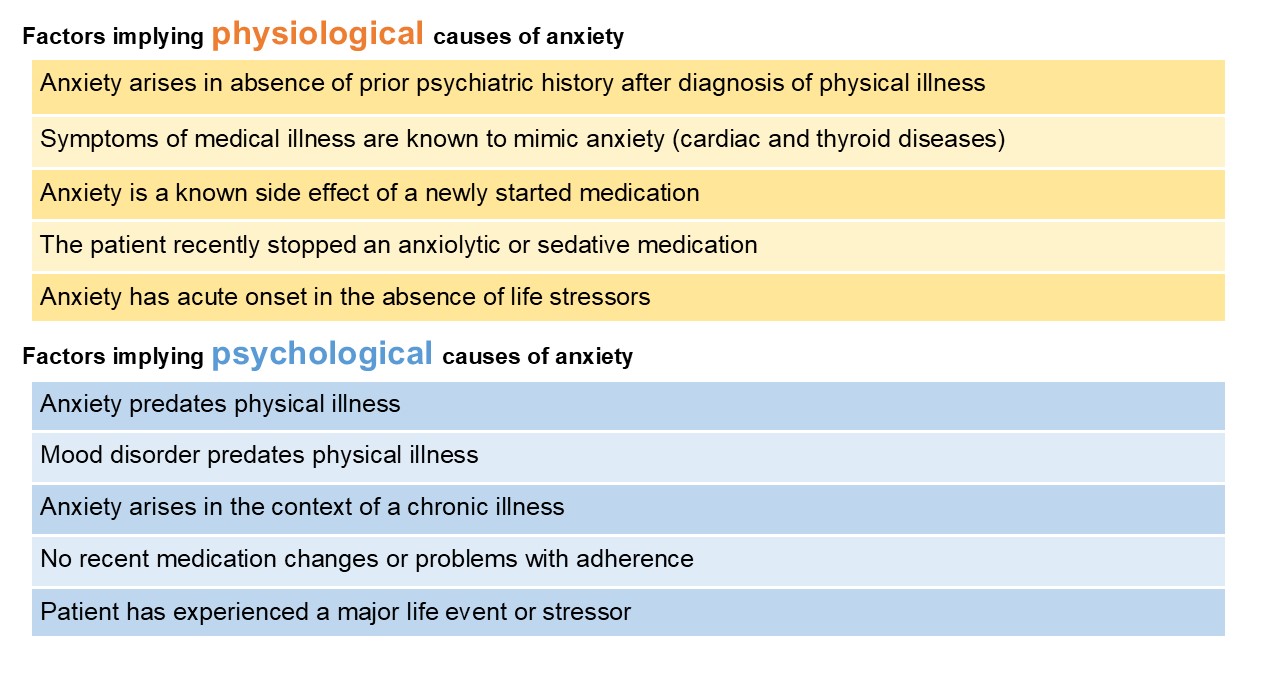 PTSD research in older adults is relatively lacking. However, the notion that traumatic medical events, particularly treatment in an intensive care unit, can create PTSD symptoms is becoming increasingly described and understood. As with PTSD from other traumatic events, patients can report frequent, vivid, and distressing re-experiences of the trauma, along with mood and sleep disturbance, irritability, and insomnia.

What are the treatment options?

Cognitive Behavioral Therapy for Anxiety is the best-studied option in treating older adults. The general idea is to challenge automatic and exaggerated notions about feared stimuli and to consistently expose the individual situation. In doing so, the older adult is able to learn that the anxiety is tolerable and transient and that the situation is not as threatening as assumed. This approach is adaptable to various situations, from fear of falling to fear of driving over bridges to reducing distress from previous traumas. As noted in the section on depression, the provider must be aware of certain cognitive limitations, although a skilled therapist can often adapt the treatment.