Work-family balance can tip wrong way for some young doctors

New study published in the Journal of the American Medical Association looks at why women run greater risk for depression during medical internship year.

The conflict between work and family responsibilities accounts for a large proportion of the sex difference in depression that emerges during physician training.

That’s a key finding of a study published today in the Journal of the American Medical Association - Internal Medicine. It was led by Connie Guille, an associate professor in the Department of Psychiatry and Behavioral Science at the Medical University of South Carolina, and Srijan Sen, the Frances and Kenneth Eisenberg professor of depression and neurosciences at the University of Michigan.

The internship year takes place after medical school, putting physicians-in-training through an important but intense time marked by long work hours. Both women and men experience more depression during this year.

The gender disparity involving work-family responsibilities didn’t come as a surprise to investigators Guille and Sen, who began the Intern Health Study in 2007 during their residency training at Yale University. That’s when they first noted the extent of stress during their internship year and how it affected their colleagues. One of their fellow interns attempted suicide.

Since completing residency training, the two have continued to collaborate on the study from their separate institutions, Guille said. “Every year that we’ve been doing the study, we don’t see a gender difference in depression before the start of internship year or after internship. It’s during internship year that we see that women have a greater risk for depression. We wanted to better understand why, so that we can design interventions or programs to close this gap.”

Knowing that the internship year of medical training is highly stressful and interns have little to no control over their work schedules, Guille decided to use that period to study the impact of work-family conflict on physicians’ mental health.

Although many things about physician training and the hospital systems in which interns train have changed dramatically over the past few decades, the basic structure of the internship year hasn’t changed in almost half a century, Guille said.

“Medical internships were designed 50 years ago when interns were predominantly men, and they mostly had families who would take care of life outside of work. Women now make up half of this workforce, and the work environment is completely different,” she said.

Guille says the stress and responsibilities of the internship year are often in direct conflict with household duties and child care. “We find that for both men and women, this work-family conflict predisposes people to depression, but women are twice as likely to experience depression as men.”

The Intern Health Study that Guille and Sen lead has been surveying first-year interns in medical training programs all over the country since 2007. They’ve looked at rates of depression, as well as interventions to prevent it, in a pool of interns that is now up to 15,000.

Reflecting on why there’s an increased incidence of depression in women, Guille said that in the general population, women are twice as likely as men to experience depression. That predisposition to depression, combined with long work hours, sleep deprivation and stressors inherent to caring for patients who are suffering and dying, may further increase this risk. There are also cultural factors, including some women’s inclination to prioritize others’ needs above their own, she said.

“During internship year, it is not possible to care for your patients, yourself and everyone else around you. There are absolutely going to be incompatible demands between your role as a physician and your role at home, whatever that may be, and you’re going to experience work-family conflict.”

Guille said this work-family conflict can lead to the loss of women from upper-level jobs in medicine. Fifty percent of graduating medical students are women, but the representation of women decreases precipitously as physicians progress up the academic ladder from full-time faculty (38%) to full professor (21%), department chair (15%) and dean (16%).

“I think that for women, the decision to leave medicine is occurring very early on in training, and I think that work-family conflict is a big part of it.”

Guille said that it’s in the best interest of the medical field to keep female physicians practicing. “There’s data to support that practicing physicians who are female have lower patient readmission rates and lower mortality rates. These are really good and well-trained doctors. We want to retain them in medicine. So we need to think about what the barriers are to retaining them. If work-family conflict is one of them, then we should remove it.”

Guille said when she talks to women in medicine who have stepped down or moved to a different track, they report it’s the only way they’ve found to resolve work-family conflicts. She hopes to see more interventions to address that conflict.

“It’s not just for women,” Guille said. “We know that if men have work-family conflict, they’re at greater risk for depression, too. So it benefits both men and women to have programs that address and resolve this conflict.”

Lauren Das, a first-year intern in psychiatry at MUSC, agreed with Guille’s recommendations. “It’s just so hard, because you need those hours of training. Residency is hard and intensive, but I wish programs would be more flexible with time off.”

Guille noted that seeking treatment for depression is still taboo for many, especially in the medical field. “There’s still a lot of stigma around getting mental health treatment in general, and then as physicians, there’s this added layer of stigma. They’re concerned that people would think differently about them and would question their capabilities, and there might be some sort of repercussions in terms of licensure some day.”

Guille said one solution may be to make more tools accessible, such as the MoodGym app, a cognitive behavioral therapy tool she found in a previous study (LINK) to be effective in reducing suicidal ideation over the course of internship year. It can be used anonymously to help people learn skills important in preventing and managing symptoms of depression, she said.

Expanding on the effort to find effective interventions for the prevention of depression in medical trainees, Guille and Sen just received a $300,000 grant from the American Foundation for Suicide Prevention to investigate the use of mobile technology to prevent suicidal ideation and depression. The study will enroll 2,000 interns over two years, with participants tracking their daily activity levels, sleep, mood and health behaviors while receiving ‘purposeful’ feedback.

“When people can be more aware of their stress levels or how they’re feeling, and understand what sorts of things are impacting that, they can then choose to engage in behaviors to help better manage their stress and improve their mood.”

Though the studies examine interventions for medical interns, Guille said there are lessons to be learned for everyone. One of the best ways to prevent depression is to practice self-care, she said.

“Take some time for yourself every day to do something that is pleasurable and de-stressing. It doesn’t have to be huge. People also need to give themselves permission to not be perfect as well as prioritize what’s most meaningful to them, and do more of that.” 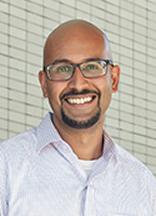