A student-led depression education program boosts other students’ knowledge and awareness, a new study shows. Now, the resources are available to all online. 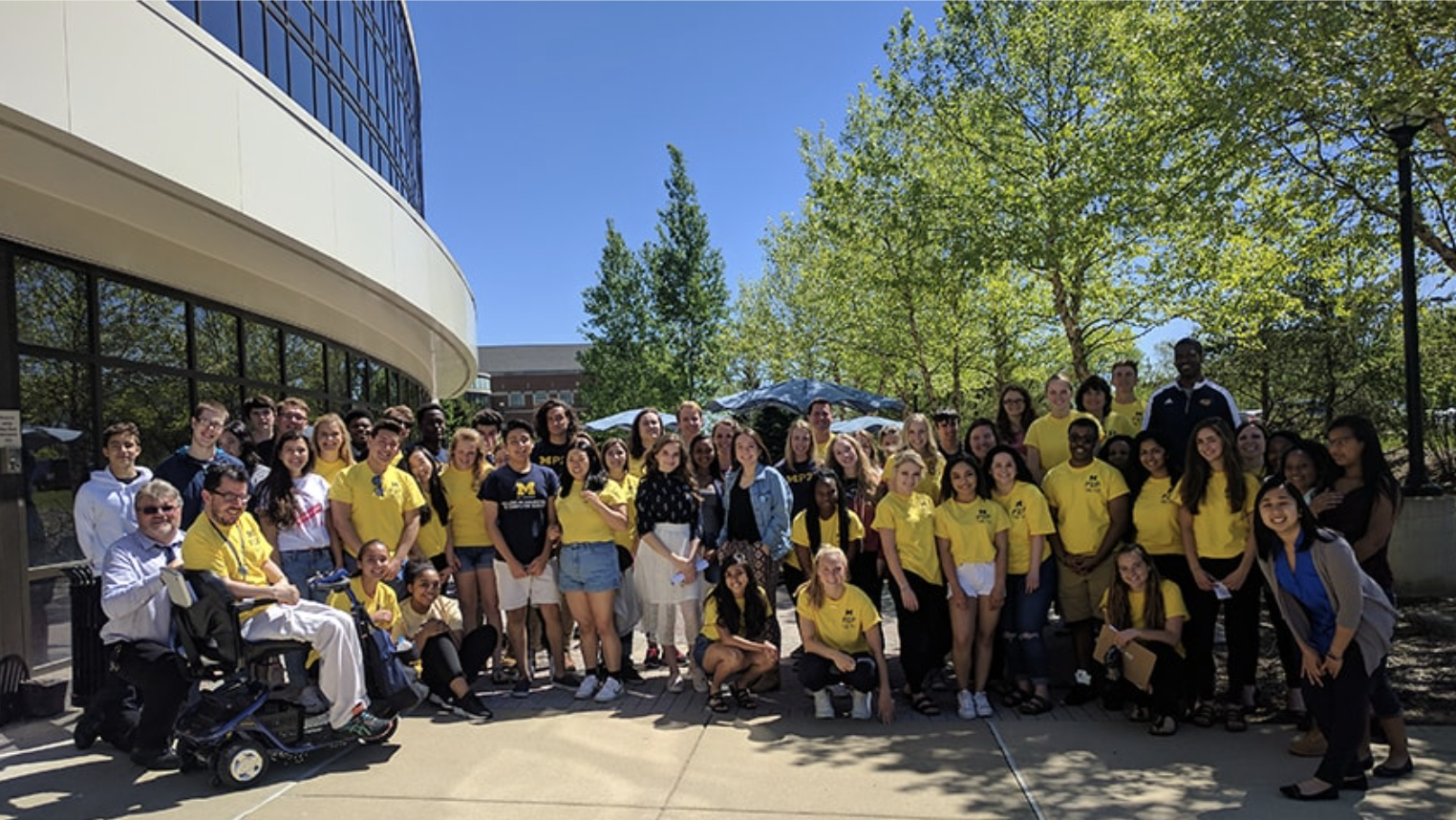 High school students can make a major impact on their schoolmates’ understanding of depression, and their attitudes about seeking help for themselves or others, according to a new study.

MORE FROM THE LAB: Subscribe to our weekly newsletter

The findings come from a rigorous evaluation of a program created by the University of Michigan Depression Center, which students and educators used in 10 high schools.

The manual for the program, called the Peer-to-Peer Depression Awareness Campaign (P2P), is now available online for free for any school to use. In a new paper in the journal Psychiatric Services, a U-M team describes the program and results of pre- and post-implementation measurements of its effect.

Data from 878 students showed that after student-led depression awareness campaigns in their schools, students were more likely to say they:

They were also less likely to say that a hypothetical new student with depression at the school would make them feel uncomfortable, or that they would stay away from such a student.

"Depression often starts early in life, so our efforts should match that. Providing education and advice on recognizing depression and anxiety, and destigmatizing it, begins in the schools."

“Depression often starts early in life, so our efforts should match that. Providing education and advice on recognizing depression and anxiety, and destigmatizing it, begins in the schools,” says Sagar Parikh, M.D., FRCPC, the study’s lead author and associate director of the Depression Center. “Our center has worked with the schools to deliver programs by students, for students, in the name of student health. And our research evaluation of the programs shows it is well-received and very helpful.”

Nationwide, about 7.5 percent of teens have experienced depression in the past year, according to recent research. Depression is linked with alcohol and drug use, smoking, poor academic performance and problems with parents and peers. Depression and these other behaviors are also linked with suicidal thinking, attempts and death by suicide.

The five high schools in the Ann Arbor public school district have implemented P2P every year since 2009, recruiting students each year to undergo training and to design and carry out awareness campaigns. Other schools in the local county have joined the program in more recent years. The data in the study comes from the 2015-2016 school year.

Skyline High School counselor Ben Graham says that Skyline’s team is very proud of three recent interventions as a result of the program. “First, we prepared a lesson on depression and anxiety for the school’s weekly Skytime period,” he says. “The entire student population participated, and ours was the top-rated lesson of the year.

“Next we put up posters all over the school about the same two issues. These are still up and still lead to many students seeking help. Finally, we gave a button to every student stating, `I am aware of mental illness.’ I still see these everywhere.”

Meanwhile, Stephanie Salazar, MPH, who runs the program and is a co-author of the new paper, notes its growth.

“We are currently in 13 high schools throughout Washtenaw and Oakland counties, and this year we’re piloting the program in nine middle schools,” she says. “As the program continues to grow, we hope that the manual will help others to develop similar programs in their schools in order to help students to reach their peers with these important messages in effective and meaningful ways.”

SEE ALSO: One Medical Student’s Mission to Erase the Stigma of Depression

Salazar and her team are welcoming inquiries from schools that want to use the P2P approach, and hope to collect more pre- and post-campaign data to measure its effects. 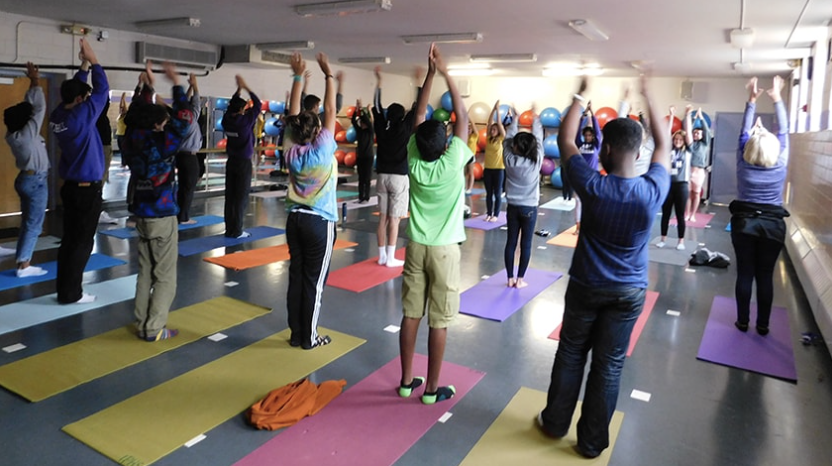 A session on positive coping strategies during this year's educational conference at Pioneer High School.

The program uses a “peer advocate” method to train high school students to understand depression and effective methods for reaching and listening to their peers. The goal is to create a supportive environment that allows students to connect with information and treatment resources.

Each P2P team at each school in the study worked with school faculty and Depression Center staff, including a one-day training session at the start of the school year, and ongoing help with reviewing campaign plans and materials.

But students had broad flexibility in how they designed and carried out their plans. These included videos, posters, classroom resources, assemblies, giveaway items and even a confidential way for students to express concern about a fellow student’s mood and behavior.

On average, each school’s P2P team included 12 students who carried out five activities as part of their campaign. They also gathered with other P2P students and Depression Center staff at the end of the school year to report on their efforts and learn from their peers.

The study’s questionnaire was developed with survey experts at the U-M Institute for Social Research. It asked about a wide range of items regarding understanding of depression, seeking help and understanding stigma against those with depression. The questionnaire was given before and after the campaign to 829 faculty-selected students who were not part of P2P teams, and to 49 of the 121 P2P team members who took part in the 2015-2016 school year.

The P2P was developed with additional support from the Michigan Institute for Clinical and Health Research and the U-M Department of Psychiatry. Ongoing support for the program comes from the Ethel and James Flinn Foundation and donors.