As a pilot study illustrates the effect of the medical intern year, researchers are seeking more graduating medical students to help add to the data. 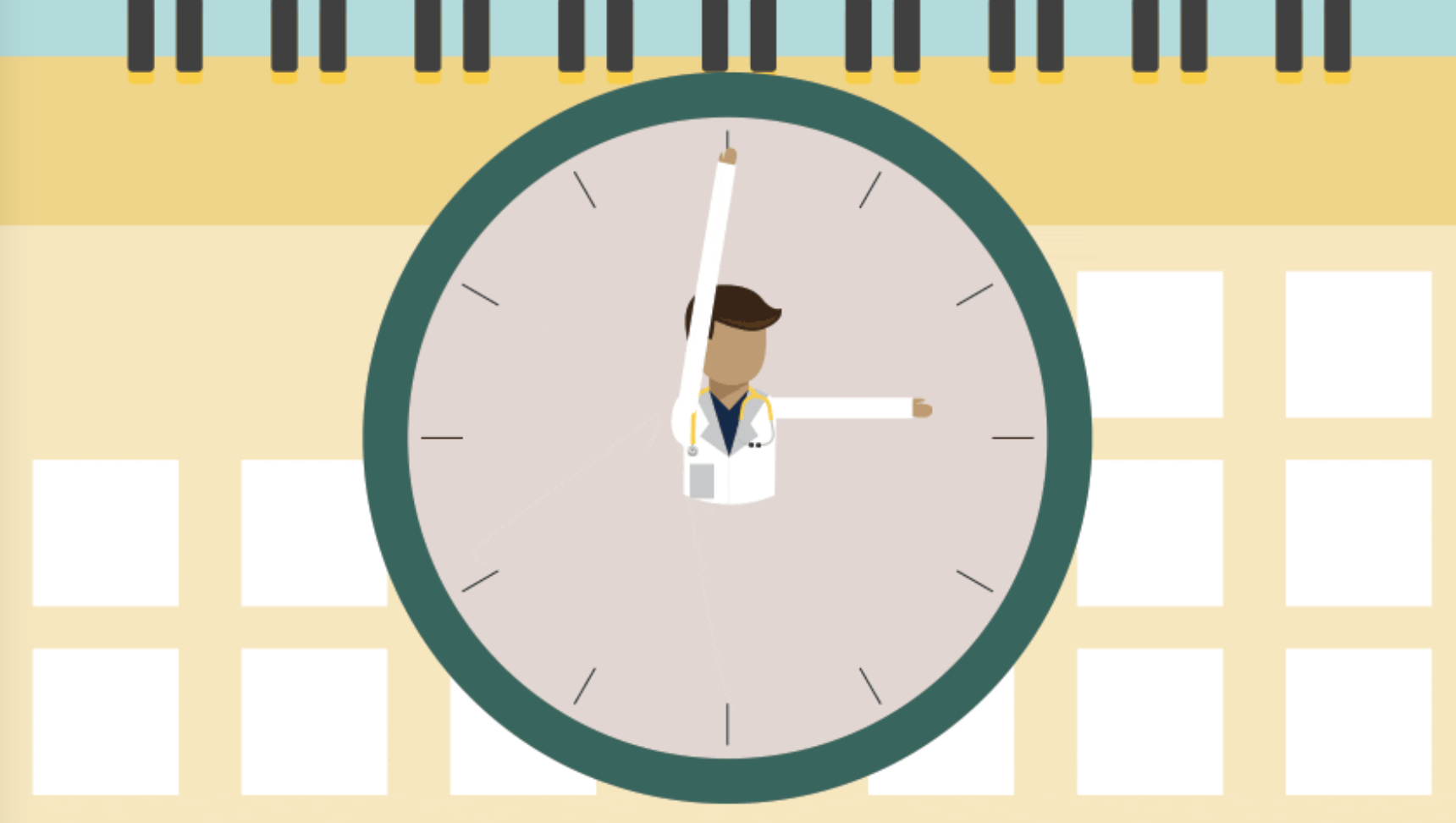 This year’s crop of graduating medical students will soon find out what hospital they’ve “matched” to for the residency training they’ll start this summer. A new study gives the first objective evidence of the heavy toll a resident’s schedule can take on sleep, physical activity and mood.

MORE FROM THE LAB: Subscribe to our weekly newsletter

The results come from the first phase of a University of Michigan study on the effects of medical training. It asks new doctors to wear Fitbit activity trackers around-the-clock and sends them mood-tracking text messages every day for the months immediately before and after they start residency. The researchers call it “digital phenotyping.”

On average, the 33 doctors in the pilot study lost 2 hours and 48 minutes of sleep a week after their residency training began because of high workload and frequent changes in their schedules that wreaked havoc on their sleep patterns. They got 11.5 percent less physical activity than before residency began, and their average daily self-reported mood score dropped 7.5 percent. The study covered the two months before residency began and the first six months of the first, or intern, year of training.

The demands of residency appeared to stack up. When they had a shorter sleep time one night, the participants’ moods suffered more the next day, and they slept even less the following night.

The study also reveals the effect of the frequent changes in work schedules that medical interns experience as they rotate among training settings.

They got less sleep and had lower mood levels when their sleep schedule changed more than three hours from one rotation to the next — for instance, shifting from overnight hospital duty to outpatient clinics. These changes lasted well beyond the first few days.

The new results, published in the Journal of General Internal Medicine, shed light on a phenomenon senior author Srijan Sen, M.D., Ph.D., and his colleagues have studied for years.

Past studies based on questionnaires have shown a high risk of depression among medical residents, which researchers have attributed to loss of sleep, high stress and demanding schedules.

To look at the issue on a much larger scale, the team has recruited more than 500 of this year’s graduating students from more than 80 medical schools to take part in the study.

“Though we expected the start of internship to affect sleep, mood and activity, quantifying the extent and nature of the effects in real time really highlighted the magnitude of changes,” says Sen, an associate professor of psychiatry at the U-M Medical School. “The relationship between sleep and mood is clearly bidirectional, but it appears that sleep affects mood the next day more than mood affects sleep.”

"Though we expected the start of internship to affect sleep, mood and activity, quantifying the extent and nature of the effects in real time really highlighted the magnitude of changes."

Early to rise — but not to bed

Sen and his colleagues note that when the training physicians experience the dramatic shift to an earlier wake-up time to start their clinical duties in the hospital, most do not compensate by going to sleep much earlier the night before.

He notes that the system of asking interns to get to the hospital in the predawn hours so they can be ready to inform senior residents and attending physicians about patients during morning rounds dates back more than a century.

But with modern knowledge about natural patterns of sleep and waking, called circadian rhythms, it may be time to update that practice, he says. Or at least, it’s time for residency programs to reduce interns’ schedule swings back and forth from early duty to later duty.

“Interns’ schedules change day to day and month to month as they rotate through different shift times and settings, and with recent national changes in their work-hour limits, these dramatic changes in work and sleep time have become more profound,” Sen says. “We hope this research will help inform residency programs as they design their interns’ schedules.”

On the night shift, but just for a while

Long-term night-shift work by all kinds of workers can negatively affect mental and physical health and work performance because of the disruption in circadian rhythms, other studies have shown.

But the body can adjust somewhat to long-term night work. Changing from day shift to night and back in rapid succession, as medical interns do, appears to create much stronger negative effects on sleep, physical activity and mood, the study suggests.

The new study also finds that shifting to a later start is much easier than shifting to an early morning start — another observation that could help residency programs schedule their shifts.

Data from the Fitbits in the two months before the interns began their training showed variation among their patterns of sleep and activity. Those who tended to be “night owls” before the internship began had a harder time than those who were “morning larks” with naturally early wake-up times.

As for this year’s graduating students and soon-to-be interns, Sen offers some advice.

“Try to stick to the same sleep-wake schedule throughout a rotation and go to sleep earlier than you naturally would when your schedule demands an early start time to reduce the effects of sleep deprivation and the risk of mood changes and depression,” he says.

He also hopes that hospitals will recognize the importance of their physicians’ sleep schedules for their own health and patient safety.

“We’re learning more and more that sleep and circadian timing play a role in our mental and physical health. We need to see this as a national priority, not just for physicians in training but even for those in practice — for instance, those who stay up late to finish entering information and orders into electronic health record systems at home or have other administrative burdens outside of clinical care hours.”

Are you a graduating medical student? Learn more about the study — and if you’re eligible to participate — online.

Sen is a member of the U-M Depression Center and the Institute for Healthcare Policy and Innovation, and he leads the mental health team for residents at Michigan Medicine, U-M’s academic medical center. Additional study authors are David A. Kalmbach, Ph.D.; Yu Fang, MSE; J. Todd Arnedt, Ph.D.; Amy L. Cochran, Ph.D.; Patricia Deldin, Ph.D.; and Adam Kaplin, M.D., Ph.D., of Johns Hopkins Medicine. The study was funded by the National Institutes of Health (MH101459, HL110952) and the University of Michigan.