Kate Fitzgerald, M.D., M.S. was just installed as the current Phil F. Jenkins Research Professor of Depression. Fitzgerald also serves as the Academic Director of Child and Adolescent Psychiatry and as Co-Director of the Child OCD & Anxiety Disorders Program within the Michigan Medicine Department of Psychiatry. She is a longtime member of the U-M Depression Center.

Phil F. Jenkins (1923 – 2019) was a philanthropist who donated to many organizations anonymously, but chose to give to the U-M Depression Center under his name because he hoped to inspire others to follow his lead. Jenkins began giving to the U-M Medical School in 1999 to support depression and bipolar disorder research as his wife Lyn struggled with depression prior to her death. Recognizing the toll depression had on his spouse, he dedicated his efforts to reducing the stigma around depression. Jenkins believed that people should be open about their experiences with depression rather than hiding their illnesses from the world. 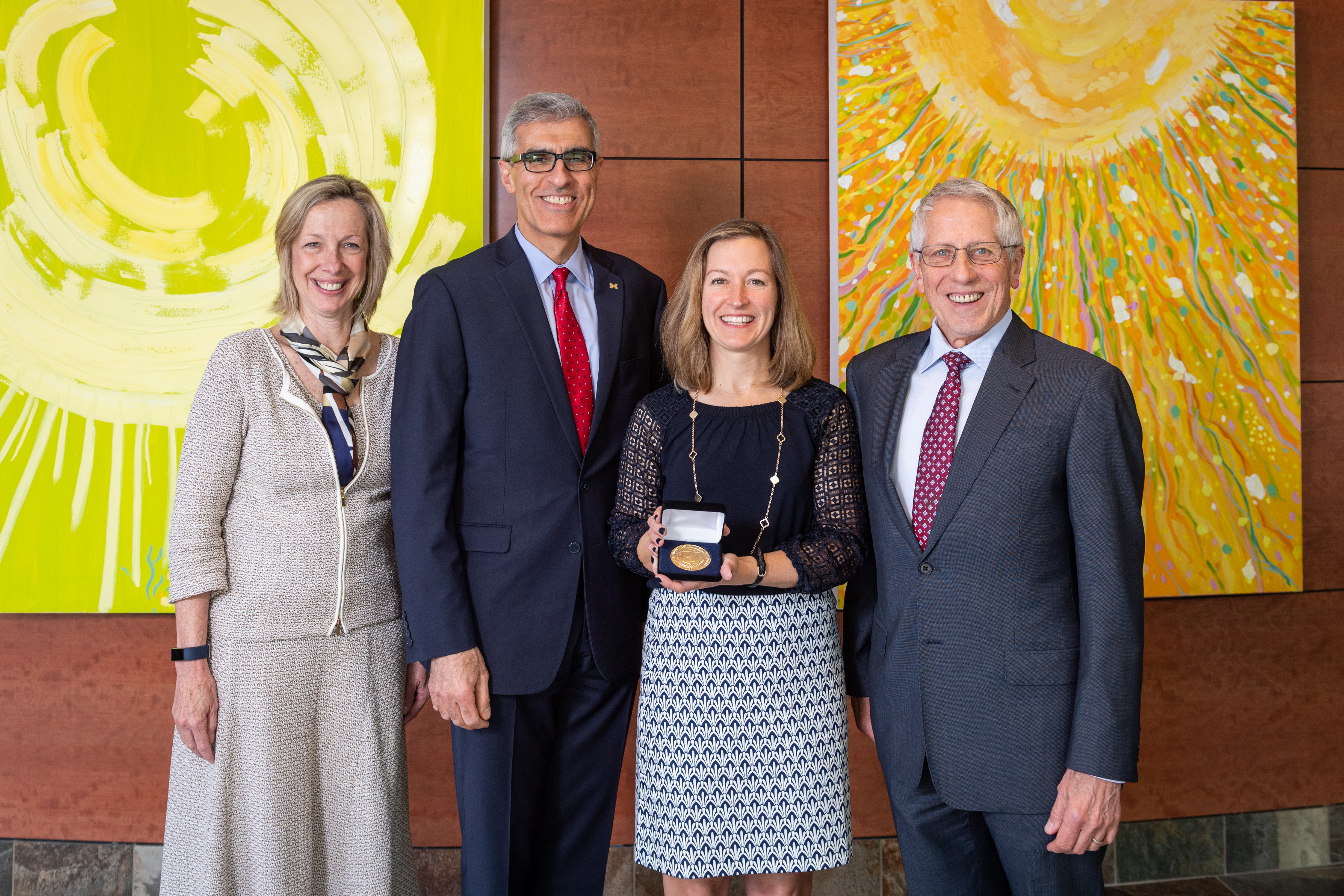 In 2006, Jenkins established the Phil F. Jenkins Research Professorship in Depression to advance the understanding of the causes of depression and bipolar disorder using genetics, brain imaging and molecular neuroscience, as well to find more effective treatments for the illnesses. Fitzgerald was ‘sworn in’ as the new holder of the professorship on June 6, 2019.

Fitzgerald earned her medical degree and a masters of Psychiatry and Behavioral Neuroscience (M.S.) from Wayne State University School of Medicine in 2000. She then completed her psychiatry residency, a neuroimaging fellowship, and child and adolescent psychiatry fellowship at the University of Michigan Medical School.

Her decision to practice and pursue research in the field of child psychiatry was heavily influenced by her medical school mentor Dr. David Rosenberg, at Wayne State University. He demonstrated that attaining excellence in both research and clinical work was achievable. After rotating in Dr. Rosenberg’s outpatient child psychiatry clinic, and spending a research year in his lab, Dr. Fitzgerald knew she wanted to focus on childhood OCD, anxiety and depression.

“Dr. Rosenberg’s research showed that pediatric OCD has a biological basis that can actually be visualized in a MRI scanner. It was exciting,” Fitzgerald said. “I got the idea that maybe brain development could be ‘encouraged’ to help kids achieve mental health and well-being.  And I chose child psychiatry because I love the resiliency of children.”

As her career has advanced, Fitzgerald has received notable awards that have provided critical support to establish her independent research program at the U-M. Currently, she leads or co-leads three studies funded by the National Institute of Mental Health. In 2016, she received the AIM Sullivan Family Rising Star Award through the One Mind Institute and AIM Foundation to develop an effortful control training ‘camp’ for clinically anxious preschoolers. She has published 65 peer-reviewed articles, and has been invited to present her research regionally, nationally, and internationally.

“Being named the Phil F. Jenkins Research Professor of Depression is incredibly humbling and I am honored to have been chosen,” Fitzgerald said. “I certainly wish I had known Phil! I’ve learned from Dr. John Greden that he was a genuine and generous soul who worked to help children through support of the Ann Arbor Hands-On Museum, Neutral Zone, YMCA and the Depression Center. I hope that, in my own way, I can contribute to Phil’s vision and legacy by helping to promote youth mental health through my work.”