This story is from the Anamnesis episode called Taboo and starts at 3:23 on the podcast. It's from Kara Zivin, PhD, MS, MA, a professor of psychiatry, obstetrics and gynecology, and health management and policy at the University of Michigan.

Following is a transcript of her remarks:

I came to work each day at the nation's first depression center while trying to hide my growing sense of despair.

My name is Kara Zivin. I am a Professor of Psychiatry, Obstetrics and Gynecology, and Health Management and Policy at the University of Michigan. I am a research scientist at the Department of Veterans Affairs and a Senior Health Researcher at Mathematica. I completed my PhD in health policy at Harvard University in 2004. I am not a physician, but I have spent my entire life connected to academic medicine. My father was a physician scientist with an MD and PhD who conducted animal research and human clinical trials to treat stroke.

Growing up, I had poor self-esteem, so I joined peer counseling programs in high school and college, hoping to develop self-awareness and confidence and share those skills with others.

In college, I received my first depression diagnosis. Newer antidepressants had become available and a low dose worked well for me, despite my disappointment about taking it.

My undergraduate and graduate social science training in politics, history, economics, psychology, and statistics led me to public health. My work focused on how health policies influenced access, quality, and costs of care for people with mild-to-moderate mental illnesses.

I completed two years of postdoctoral fellowship on pharmaceutical policy and a nationwide job search. I came to Michigan in part because of the university’s plan to open a depression center. I testified before Congress about Veteran suicide in my second year on the faculty.

Hoping to lead research studies, I wanted to sustain a lifelong career in academic medicine. But at least 95% of my salary depended on my ability to secure research grants. The external funding environment had declined between when my father began his career and when I did.

By 2010, I had remarried, become a stepmother to a four-year-old, bought a house and soon became pregnant. I had planned to submit three grants in the six months before my delivery. I stopped taking my antidepressant because I wanted a medication-free pregnancy. I found myself in a perfect storm of stressors.

Beginning in my first trimester and lasting after delivery, I battled terrible insomnia. Day blended into night and back into day. In addition, I had always feared pregnancy and delivery and did not know how to become a wife, parent, and tenure-track faculty member.

My experience was not what you may envision when you hear about postpartum depression. During pregnancy, I had almost stopped eating, got lost while driving, and became catatonic. I attended visits at the depression center as a patient, the same building where I had my faculty office above the waiting room. No amount or type of medication or therapy stopped my slide into unrelenting hell or helped me think rationally.

One night in my eighth month of pregnancy when I had convinced myself that my family would be better off without me, I swallowed handfuls of pills and crawled into bed, or so I thought. It turns out I went downstairs into the kitchen and collapsed. When my husband found me unresponsive, he called for help.

Two days later, I woke up on suicide watch. Hours after that, I went into labor and delivered my son the next day. He went to the neonatal intensive care unit, and I decompensated that afternoon, wracked with guilt. My doctors transferred me to the psychiatric inpatient unit the following day, where they gave me a pseudonym, Ellen Elkins.

I longed to become reunited with my baby and go home. He went home after four days, and I saw pictures of his first pediatrician appointment on the public computer on the inpatient unit, which discharged me a few days later.

I remained ill and could not take care of myself, let alone my son. My husband, mother-in-law, and paid helpers cared for him. My mother cared for me. My outpatient psychiatrist and new therapist suggested that I consider electroconvulsive therapy.

I had published about ECT and knew of its risks of short-term memory loss. But my mental health did not improve, and the situation remained desperate.

Six weeks after my son's birth and the day after my first wedding anniversary, I began the first of nine sessions of ECT. My depression improved, but short-term memory tests revealed scores suggestive of cognitive impairment. I said things such as “I forget what I don’t remember.” I struggled to read again, to return to my hobbies, and to drive my car.

Over time, I developed a relationship with my son and transitioned back to work. I applied for tenure the following year, and it became official the next year.

When I received the pseudonym at my university, I knew that someday I would share my story. But publishing scientific articles does not prepare you to write a memoir. I started taking online creative writing courses five years ago. Two years ago, I began my master’s degree in fine arts in creative nonfiction writing at the Vermont College of Fine Arts.

It remains challenging to write about my experiences because of the short-term memory loss. That my son’s first days remain blank for me, combined with the regret and sorrow, weigh on me every day.

As I began writing personal narrative, I returned immersed myself in scientific and nonfiction literature. My experience led me to pursue grants with researchers and clinicians who focused on these same topics. On my 11th attempt at an independent research award from the National Institutes of Health after a decade of trying, I received a four-year, $1.7 million grant to study the impact of health insurance coverage changes on health outcomes for privately insured women with perinatal mood and anxiety disorders.

I expanded this work into funding and collaborations within and outside my university. My team showed that untreated perinatal mood and anxiety disorders costs over $14 billion each year in the United States. Productivity loss represents the largest portion of these costs.

At professional conferences, when I share my experiences after presenting my data, women come up to hug and thank me afterward.

Over time, I have told my son pieces of his birth story. At nine years old, he understands that mom’s work focuses on mental health and that mental health has to do with your head. He knows that mom was sick when he was born, and she got better.

I hope that my work will help other parents and families. I recognize my many privileges. This disease cuts across race, ethnicity, class, educational attainment, and geography. Most women do not receive any treatment.

My story illustrates the potential depth and severity of this disease and provides an example of someone who survived and thrived in its aftermath. Decreasing stigma, increasing awareness of the range of experiences of perinatal mental illness, and greater access to care for all delivering women remains essential. As a society we must address the significant and long-term multigenerational burden of this illness.

There is no health without perinatal mental health. 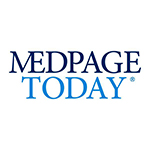