Speaking on: Perspective on Reducing Toxicity in Pediatric Cancer Survivors. 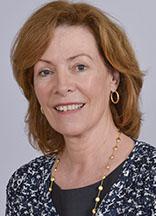 She led pediatric radiation oncology at Massachusetts General Hospital from 1997-2008; prior to that, she led the program at Boston’s Children’s Hospital. At MGH, Dr. Tarbell was the founding director of the Center for Faculty Development and the Office for Women’s Careers.

Dr. Tarbell is an internationally recognized expert in pediatric oncology and pediatric brain tumors. Consistently listed in The Best Doctors of America (Woodward and White), Dr. Tarbell serves on the national Children’s Oncology Group Brain Tumor Committee. She was elected to the Institute of Medicine of the National Academies in 2002 (now the NAM) and has authored more than 300 original publications and book chapters. Dr. Tarbell is co-editor of Pediatric Radiation Oncology, now in its 6th edition.

Dr. Tarbell is a longstanding advocate for faculty development initiatives including mentoring programs for junior faculty and numerous efforts on behalf of women and minorities. She led the HMS-wide Task Force on Faculty Development and Diversity, which defined and prioritized faculty development and diversity enhancements within the HMS community, providing a foundation for the creation of new opportunities for HMS faculty and trainees. She has been recognized nationally for her work, receiving the prestigious Gold Medal from the American Society of Radiation Oncology (ASTRO) as well as the Margaret Kripke Legend Award from the MD Anderson Cancer Center along with many other awards and honors.

While serving as the Dean for Academic and Clinical Affairs, Dr. Tarbell oversaw the Office for Faculty Affairs, the Office for Faculty and Research Integrity, the Office for Diversity and Community Partnership, and several HMS-wide centers and divisions. In addition, her office was responsible for conducting clinical department reviews and had oversight of affiliation agreements with Harvard Medical School’s 15 associated hospitals and research institutes. She provided oversight for academic appointments and promotions in the Faculty of Medicine.