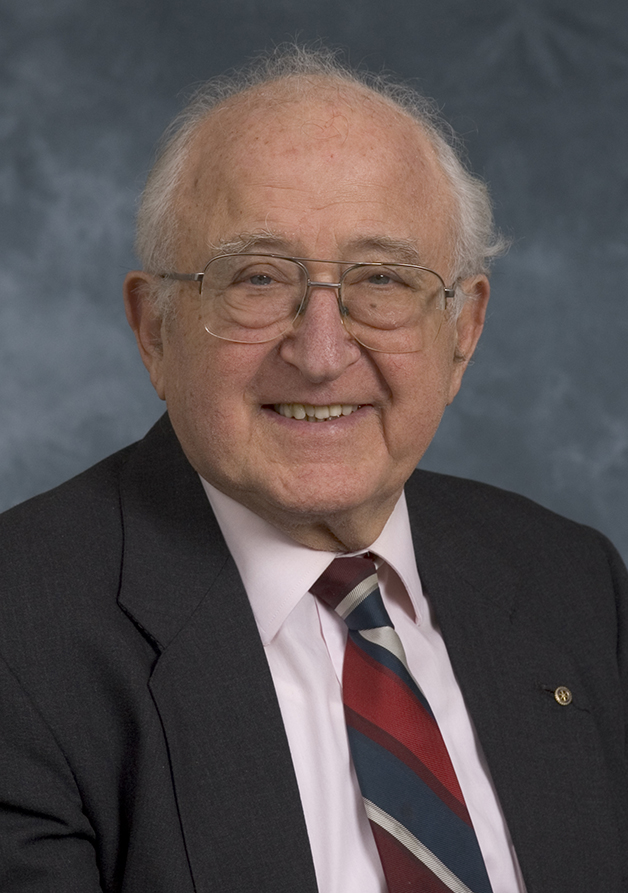 In 1997, friends and colleagues of William Martel, M.D., joined forces with former medical students and residents to endow the William Martel Collegiate Professorship in Radiology in the University of Michigan Medical School. Martel, the Fred Jenner Hodges Professor Emeritus in the Department of Radiology and an emeritus member of the U-M Cancer Center, is widely known for his numerous contributions to the field of radiology, especially in the areas of musculoskeletal and gastrointestinal radiology.

Martel received his medical training in New York City in the 1950s, first at New York University, then at King’s County and Mt. Sinai Hospitals. In 1957, he joined the faculty of the University of Michigan Medical School Department of Radiology. He served as director of diagnostic radiology from 1965-75, and as chairman of the department from 1982-92. An outstanding clinician and popular teacher, Martel led the department to a position of national prominence, recruiting many distinguished faculty while mentoring the future radiologists in his charge with care and dedication. He was awarded the Amoco Outstanding Teacher Award; his elective course in radiology was one of the most popular in the school. Keenly aware that the successes of the present rest on those of the past, Martel wrote The Distinguished History of Radiology at the University of Michigan: On the Occasion of the Centennial Celebration of the Discovery of X-rays to acknowledge and honor those who built the Department of Radiology.

In recognition of his service to medicine and his many accomplishments in research, clinical care and education, Martel was awarded the Medical Center Alumni Society Distinguished Achievement Award in 2003.

In 1999, Kyung J. Cho, M.D., professor in the Department of Radiology and a member of the U-M Cancer Center, was installed as the first William Martel Collegiate Professor of Radiology. Cho’s research interests include venous thromboembolic disease, vena cava filter placement, liver microcirculation, and the localization of endocrine disease. Cho received the Lifetime Achievement Award in Medical Education from the Medical School Dean’s Office in 2003.

I saw Dr. Martel loved both his family and work deeply. He and Rhoda wanted to provide the best possible education to their children. I also saw how much their children loved their parents. I am proud all my children (Catherine, David, and James) also grew up and were educated in Ann Arbor.

I am grateful to the University of Michigan for giving me the opportunity to fulfill my career ambitions through to retirement. I want to thank Dr. Walter Whitehouse, Dr. William Martel and Dr. Reed Dunnick for their strong support of my career and interventional radiology. I also want to thank to my wife Young for her encouragement, understanding, and patience.