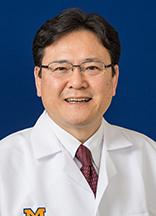 Dr. Moritani has received numerous awards and honors. He has received 70 awards at National and International meetings. He has been awarded Honored Educator from the Radiological Society of North America, and Editor’s Recognition Award from RadioGraphics. He is a recipient of Krabbenhoft Award for Excellence in Teaching at the University of Iowa.

Dr. Moritani is the first author of Diffusion-Weighted MR Imaging of the Brain (First and Second Editions and Japanese Edition) from Springer-Verlag. He has published over 150 papers, written 26 book chapters, and presented over 400 scientific or educational presentations at National and International conferences, and more than 70 invited lectures.