The Alpena Team is all smiles after a busy and stressful year of technical updates. After several years of planning and preparations, they installed a Siemens 4D CT (April) AND replaced the old 2100C with a brand new TrueBeam (June-August). In order for the patients to continue treatment through the summer, a temporary Linac vault was installed in the parking lot. You can imagine just how many meetings, commissioning tests, phone calls, more meetings, lists, more phone calls...must have gone into this project. Thanks to the whole team shown here and many others involved, the patients were finally treated on the TrueBeam on Wednesday (September 6th)! We are excited to now be using technology such as OBI and CBCT, faster dose rates, and the 6DOF couch. VMAT will be released in a couple weeks, followed by SBRT, SDX, OSMS, and much more! 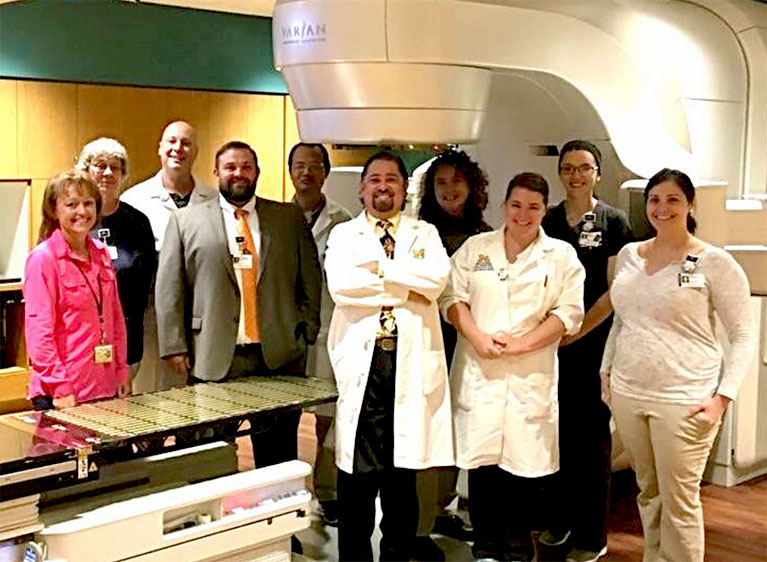