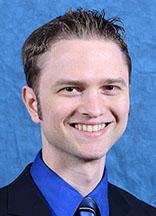 Dr. Hearn is an Associate Professor in the Department of Radiation Oncology at the University of Michigan. He completed his medical training at Harvard Medical School and his residency in radiation oncology at Cleveland Clinic. Dr. Hearn investigates mechanisms by which prostate cancer may become resistant to current treatments.

Dr. Hearn also treats bladder cancer and has been impressed by the promising responses (sometimes dramatic and long-lasting) that some patients with bladder cancer have when treated with immunotherapy to harness the body’s immune system. He is interested in the intersection of immunotherapy and radiation therapy.

Additionally, Dr. Hearn is interested in novel techniques to improve the safety and efficacy of radiation therapy for lung cancer by modulating cytokines relevant to lung injury.