Read on to learn more about our researchers' work in physics, cancer biology, imaging and clinical trials. 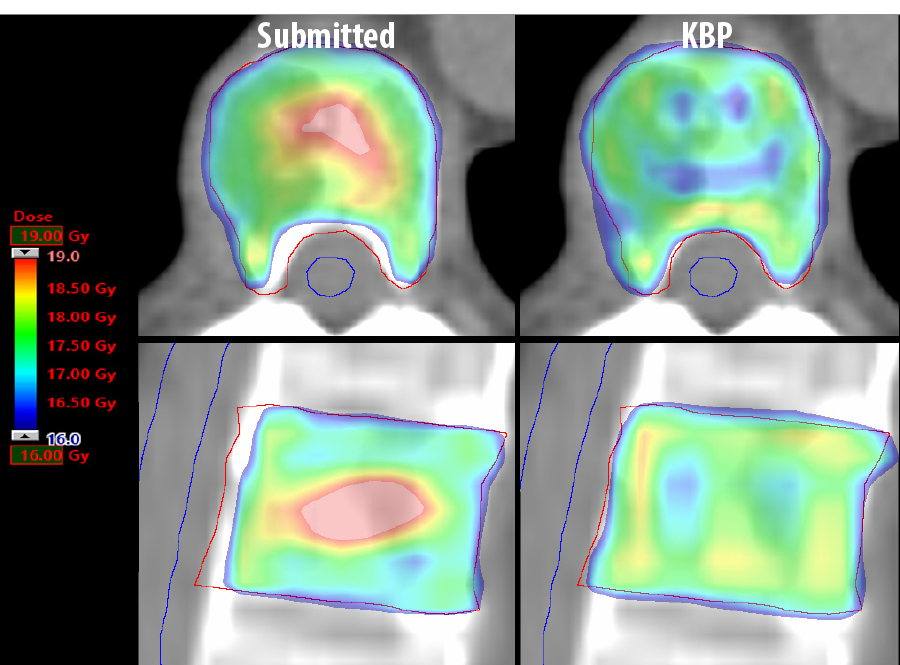 Improving Quality and Consistency in Clinical Trials via Knowledge-Based Planning: 2017 Best of ASTRO

Consistency and standardization of radiotherapy plan quality in multi-institutional clinical trials are always challenging, and non-protocol compliant radiotherapy plans have been shown to impact patient outcomes. We performed a study aimed at employing knowledge-based planning (KBP) as a method of producing high quality, consistent, protocol-compliant treatment plans, in a complex setting of spinal stereotactic body radiation therapy (SBRT) on NRG Oncology RTOG 0631. Our KBP model generated plans meeting all protocol objectives in a single optimization when tested on both internal and external RTOG 0631 cases. Two external plans submitted under the protocol that were considered to have a protocol-unacceptable deviation were made protocol compliant through the use of the model. We believe that incorporation of KBP models into the clinical trial setting may have a profound impact on the quality of trial results due to the increase in consistency and standardization of planning, especially for treatment sites or techniques that are non-standard. This work was supported by NRG Oncology, the National Cancer Institute, and Varian Medical Systems, Inc. 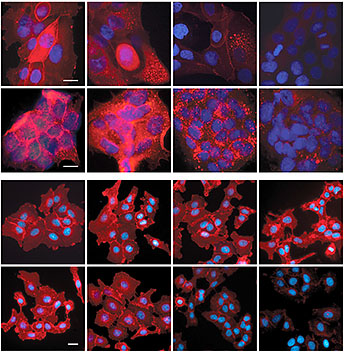 Non-small cell lung cancer (NSCLC) patients carrying specific EGFR (epidermal growth factor receptor) kinase activating mutations (L858R, delE746-A750) respond well to tyrosine kinase inhibitors (TKIs) such as erlotinib. However, drug resistance often develops within a year. In about 50% of such patients, acquired drug resistance is attributed to the enrichment of cells with a particular mutation within the EGFR protein which protects them from the effects of erlotinib. To date, differential drug-binding and altered ATP affinities by EGFR mutants have been shown to play a role in differential TKI response. It has been reported that EGFR protein stability plays a role in the survival of EGFR driven cancers with cells with less stable EGFR protein being more sensitive to treatment. Therefore, we hypothesized that differential TKI-induced receptor degradation between the sensitive and the resistant cells may also play a role in drug responsiveness. We found that erlotinib inhibits EGFR phosphorylation in both TKI sensitive and resistant cells, but rate of EGFR protein degradation was faster in the sensitive cells than in the resistant cells (see below). These data suggest an additional mechanism of TKI resistance, and we postulate that agents that degrade the resistant mutants of EGFR protein may overcome TKI resistance. In a world of personalized medicine, these findings also suggest the possibility of more advanced testing of cells from a patient's tumor beforehand to determine which agents might be and remain effective. 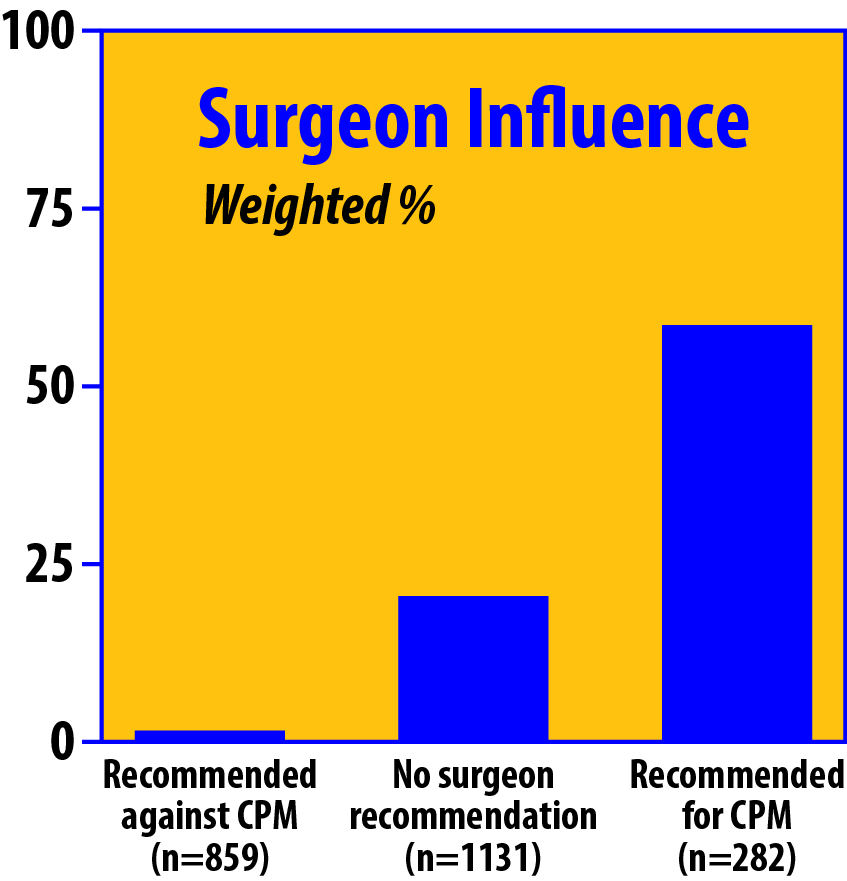 How important are surgeons' recommendations in breast cancer patients' decisions to have bilateral mastectomy?

Dr. Reshma Jagsi and her collaborators have recently published (JAMA Surgery.  2017 Mar 1; 152(3):274-282) their work on the factors involved in how women decide which treatments to consider for breast cancer. The study illustrates the complex factors associated with women’s decisions to pursue aggressive bilateral mastectomy, including contralateral prophylactic mastectomy (CPM), when diagnosed with cancer in a single breast. An important factors, as shown in the figure is the recommendation of the surgeon. The work points to the need for better communication of treatment options and their relationship to survival. This research is the product of a collaboration between researchers in our department and expert colleagues in medical oncology, surgery, decision science, and epidemiology, as part of the Cancer Surveillance Outcomes Research Team. The work is supported by a large program project grant from the NIH (NCI P01-CA-163233: The Challenges of Individualizing the Treatment of Patients with Breast Cancer) on which Dr. Jagsi serves as Project Director. This work has also been covered in an article in the Los Angeles Times. 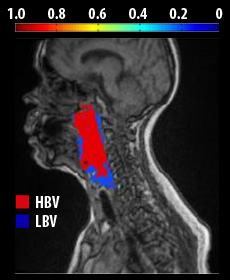 In order to overcome resistance to therapy in poor- prognosis cancer of the head and neck we use advanced imaging called functional MRI (FMRI) to detect parts of the tumor that are expected to be more resistant, including the parts which have less blood supply and parts that have a higher concentration of tumor cells. Once we detect these parts of the tumor, we then plan a higher dose of radiation to be delivered to these parts. This results in a potential for a better eradication of the tumor without increasing complication rates (which would be expected had we increased the radiation doses to the whole tumor). This study is funded by the National Cancer Institute.