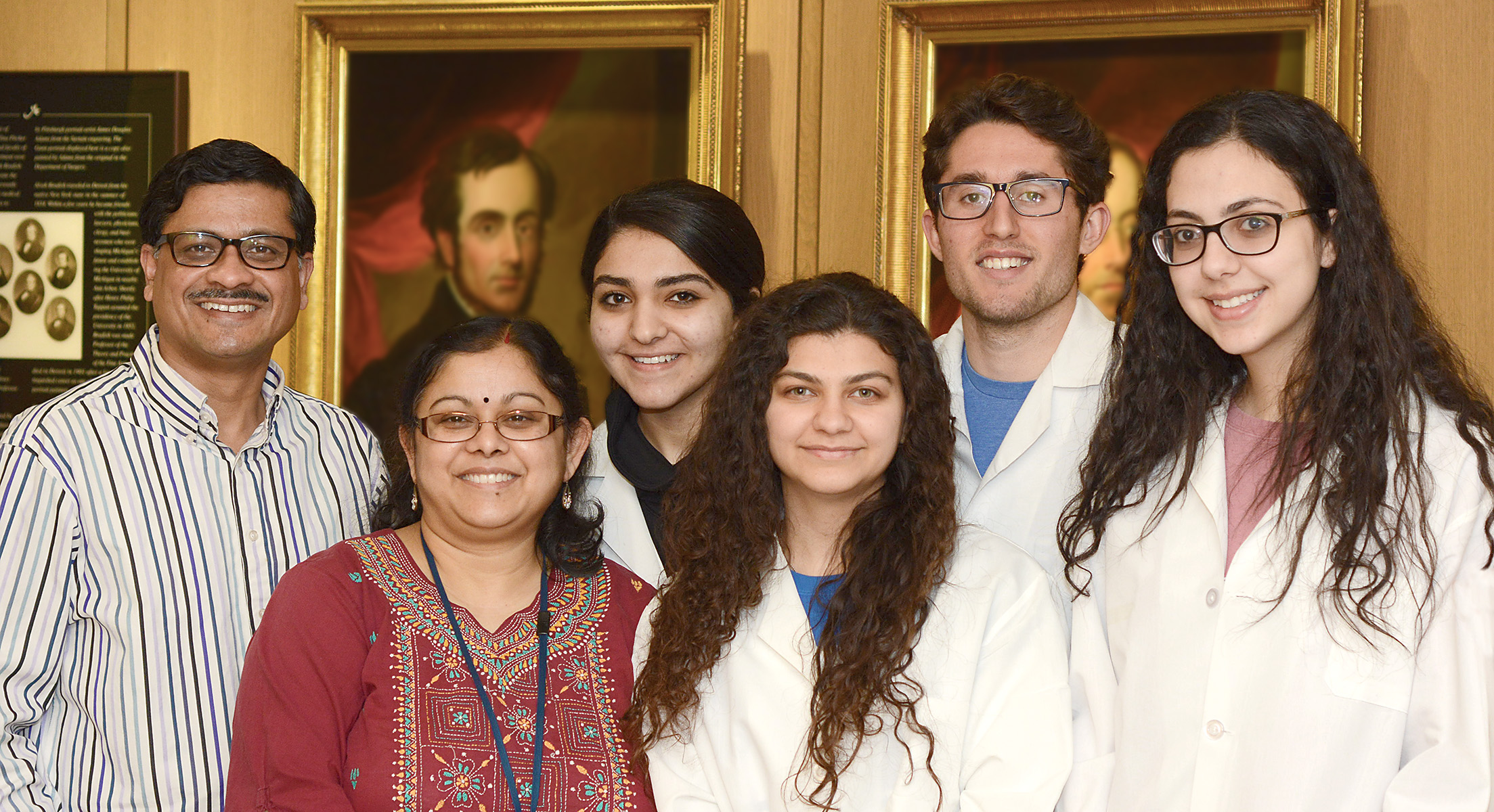 Our laboratory research has focused in the field of cancer cell signaling with specific emphasis on understanding the role of post-translational protein modifications (PTMs) during oncogenesis. Our laboratory is primarily involved in identifying ubiquitination machineries that maintain various oncoprotein stabilities including epidermal growth factor receptor (EGFR), mutant KRAS and mutant TP53, where we are studying PTMs importance in the progression of various upper aerodigestive cancers, and further employ such knowledge to develop novel therapeutic strategies.

We also focus on understanding and identifying molecular and/or cellular mechanisms responsible for the development of radiation-induced lung toxicities (RILT) and in collaboration utilize such mechanistic information to translate into strategies to develop lung radioprotectors. Being a part of the Cancer Biology (CB) core group at the University of Michigan Rogel Cancer Center, our lab developed expertise in the field of protein degradation, which in collaboration with other Rogel Cancer Center program members helping us understand the complex process of oncogenesis. We are also a part of the Program of Biological Sciences (PIBS) and Dr. Ray is an Adjunct faculty in the Department of Nuclear Engineering and Radiological Sciences (NERS).

This project is in collaboration with David G Beer, PhD, Co-Director, Cancer Genetics (CG) program, UMCCC. In this project we are deciphering the role of a RING type ubiquitin ligase (E3) in the maintenance of mutant TP53 protein stability, a key molecular interaction that promotes Barrett’s progression to esophageal adenocarcinoma (EAC). In this project we are utilizing various genetic, cell biology and biochemical studies to understand unique function of RNF128 in the regulation of mutant TP53 stability, the most critical oncogenic driver involved in EAC. Recently we have obtained a R01 funding from NCI to study this interesting linkage in clinical samples.

The efficacy of radiation therapy for upper thoracic cancers is limited by radiation-induced lung toxicity (RILT). Amifostine, a radical scavenger, is the only FDA-approved radioprotector, however, does not protect the lung and has substantial toxicity. Thus, there is an absolute need to develop a lung radioprotector and to improve our understanding on the molecular regulators involved in RILT. Among different mediators, release of inflammatory cytokines has been well documented. Among them, early release of tumor necrosis factor-alpha (TNFa) is reported to play a critical role in the initiation of inflammatory responses. In the past we have performed studies with various genetically modified mouse models (GEMMs) that establish the therapeutic potency of anti-TNFa agents as a possible lung radioprotectors. A collaborative study is underway establishing the role of Tristetraprolin (TTP)-TNFa axis in radiation pneumonitis.

Accumulation of oncogene-specific activating mutation undoubtedly plays a key role not only in cancer initiation and progression, but in many occasions further promote drug resistance. Mutation, which alters the primary amino acid sequence in an oncogene, changes its function and protein-protein interaction abilities mediated via altered protein folding and stability. In our laboratory we focus on studying the activating mutations of two critical oncogenes: epidermal growth factor receptor (EGFR) and mutant KRAS. Recently, we have obtained data that a HECT type ubiquitin ligase (E3), SMad Ubiquitination Regulatory Factor 2 (SMURF2) enhances protein stability of EGFR and mutant KRAS. In contrast, loss or catalytic inactivation of SMURF2 causes rapid oncoprotein degradation to kill such oncogene-addicted cancer cells. Our long-term objective is to develop a novel therapeutic strategy to degrade EGFR/mutant KRAS proteins to enhance tumor specific chemo- and radio-sensitization via SMURF2 targeting. Our approach has two novel aspects: (a) Basic aspect: that deals with improving our current molecular understanding how SMURF2 cooperates with EGFR/mutant KRAS to promote oncogenesis. Towards that we are employing a genetic approaches using conditional knockout and transgenic mouse models to establish the role of SMURF2-EGFR-KRAS signaling axis in lung and pancreatic cancer; and (b) Translational aspect: where we are exploring the therapeutic potential of novel small molecules to degrade EGFR/mutant KRAS proteins via disruption of specific protein-protein interactions.

Defining a novel biological role for CYP24A1 in promoting cell growth in cancer.

This is a collaborative project with Drs. Nithya Ramnath (a medical oncologist at the UMCCC) and Al Rehemtulla (Associate Director, UMCCC). CYP24A1, an inner mitochondrial protein belongs to the cytochrome p450 family of phase II metabolizing enzymes and is the rate limiting catabolic enzyme for Vitamin D3. Our published and preliminary data however, demonstrate that increased CYP24A1 behaves as a proto-oncogene and increases cancer cell proliferation and invasion. The goal of this project is to identify molecular regulators (particularly the ubiquitin ligases) that may be interacting with CYP24A1, which may be critical in promoting cell growth. This will provide novel thoughts pertaining to the cytochrome P450 biology and its importance in lung cancer to improve patients’ survival. 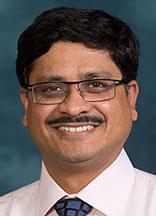 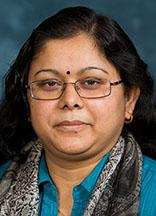 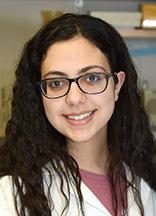 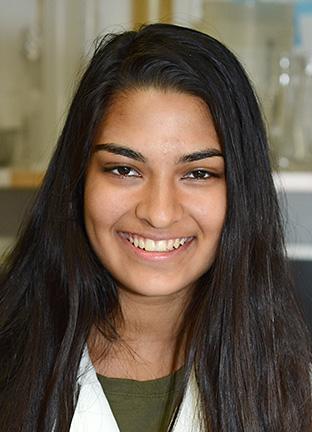 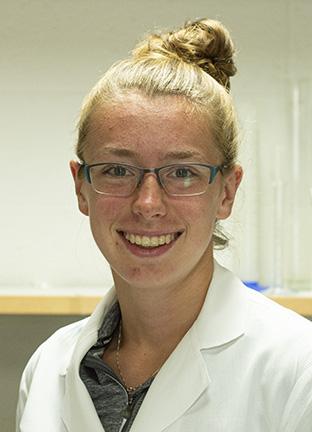 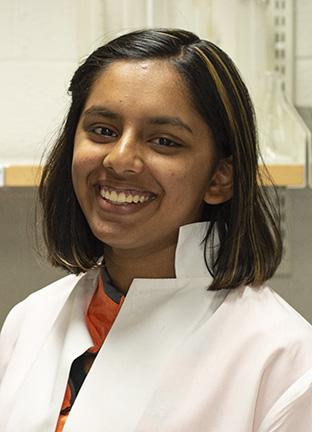 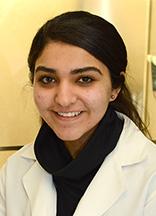 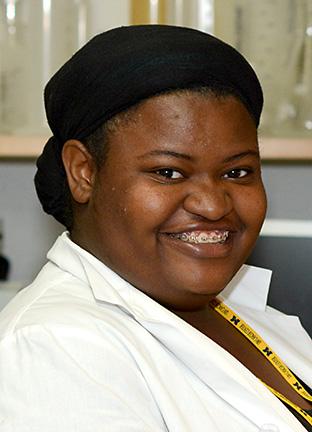 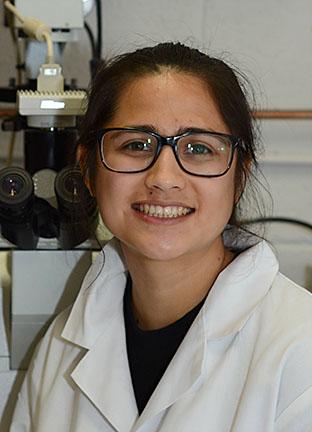 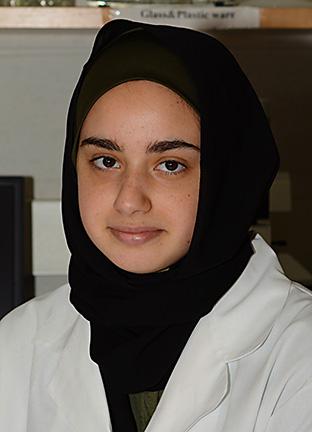 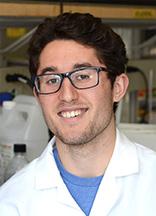