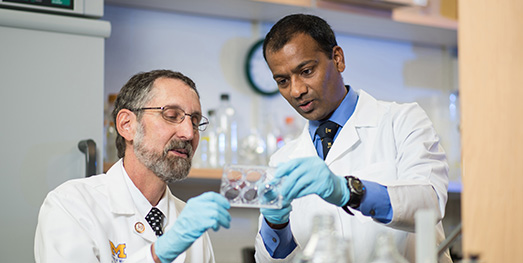 Professor Nyati received his PhD from the University of Rajasthan, Jaipur, India and post-doctoral training in Dr. Ted Lawrence’s laboratory at the University of Michigan. Dr. Nyati has been working on basic and translational as well as clinical aspects of EGFR signaling.  In the laboratory, Dr. Nyati is working on developing novel therapeutic agents including cell permeable peptides and their structural analogues to degrade EGFR. The main objective of this work is to sensitize tyrosine kinase inhibitor (TKI) resistant EGFR-driven tumors by promoting tumor specific EGFR degradation through blocking EGFR dimers and EGFR- Hsp90 interactions. Dr. Nyati is also working in collaboration with both basic scientists and clinicians in the head and neck SPORE program(link is external) at the University of Michigan to discover novel biomarkers of “response” to molecularly targeted therapy. The long-term goal of this research is to identify patients who are likely to respond to molecularly targeted therapies in combination with chemotherapy and/or radiotherapy early in the course of treatment so that the combination regimen is optimized. 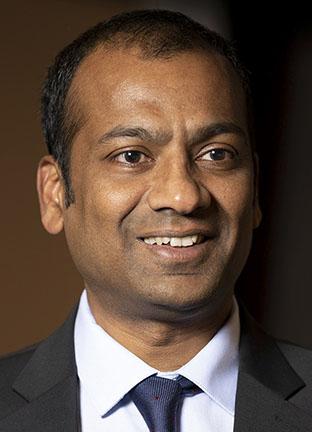 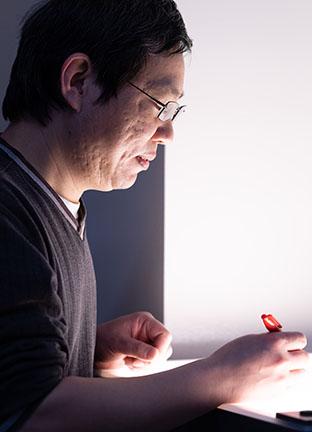 Dr. Mingjia Tan has over twenty years of experience in basic and translational oncology. He is a Research Scientist in the Department of Radiation Oncology at the University of Michigan in Ann Arbor, working under the direction of Dr. Mukesh Nyati. He received his PhD in Molecular Biology from the Chinese Academy of Preventive Medicine, P.R. China in 1997 and his Master of Science in Genetic Toxicology from Tongji Medical University, P.R. China in 1994. Dr. Tan received his postdoctoral training in the Department of Molecular Biology, Parke- Davis Pharmaceutical Research, division of Warner-Lambert Company and the Department of Biochemistry, University of Michigan. He was recruited to the Radiation Oncology Department faculty in 2014.

Dr. Tan is currently focusing on developing a small molecule (DPI-503), an orally active small molecule, which can degrade activated EGFR by blocking the protein-protein interactions that promote the stability of onco-proteins to improve the outcome of lung and pancreas cancer treatment using transgenic and xenograft mouse model. He also focuses on SAG (Sensitive to Apoptosis Gene), which is an essential RING component of SCF (Skp1, Cullins, F-box protein) E3 ubiquitin ligase. By promoting ubiquitination and degradation of various key regulatory proteins which control several important biological processes. The major goals are to determine the involvement of EGFR and SAG in tumor development in lung and pancreas. They are seeking to validate EGFR and SAG E3 ubiquitin ligase as a novel anti-cancer target and provide proof-of-concept evidence for future discovery of specific inhibitors. 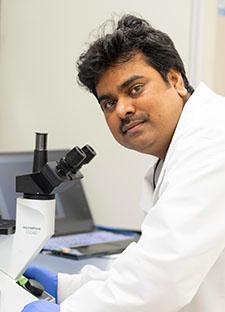 Ranjit received his doctorate from the School of Biotechnology, KIIT University, India. He primarily worked on methods to improve therapeutic properties of L-Asparaginase for the treatment of acute lymphoblastic leukemia. Dr. Mehta joined the Nyati Lab as a post-doctoral fellow in May of 2015. He is working on several research projects ranging from understanding the roles of Hsp90 alpha in response to DNA damage/repair to developing a novel approach to blocking EGFR dimer formation to destabilize EGFR protein as a unique approach to kill EGFR driven cancer cells. Dr. Mehta is also supervising all the students in Nyati laboratory. 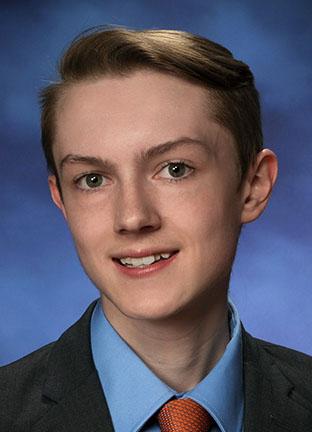 Blake is a sophomore at UM and in the honors program at the college of LS&A. He is pursuing a major in biochemistry, and a minor in applied statistics. Blake graduated from Eisenhower High School in 2020 was enrolled in the Utica center for mathematics, science, and technology program. He enjoys disc golf and chess.