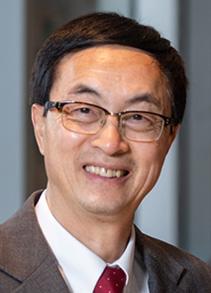 Dr. Yi Sun received his medical training in China in the early 80s and obtained his PhD at the University of Iowa in 1989. He received his postdoctoral training at the National Cancer Institute (USA) in the1990s. Following 8 years at Parke-Davis/Pfizer as a research fellow, he joined the faculty of University of Michigan in 2003 and was promoted to full professor in 2008, and was endowed as Lawrence-Krause Research Professor in Radiation Oncology in 2019. He was elected as a Fellow of the American Association for the Advancement of Science in 2012.

Dr. Sun has published 228 peered reviewed scientific papers and review articles. His work has been continuously supported by the National Cancer Institute (NCI). Dr. Sun has served as editorial board member of 7 scientific journals and several NCI study section review panels. Dr. Sun has been invited to present his work at numerous national and international meetings.