Behind the research: Racial disparities in pulse oximeter accuracy

A research interest and a key mentor lead to work highlighting persistent problems with pulse oximeter accuracy in some patients. 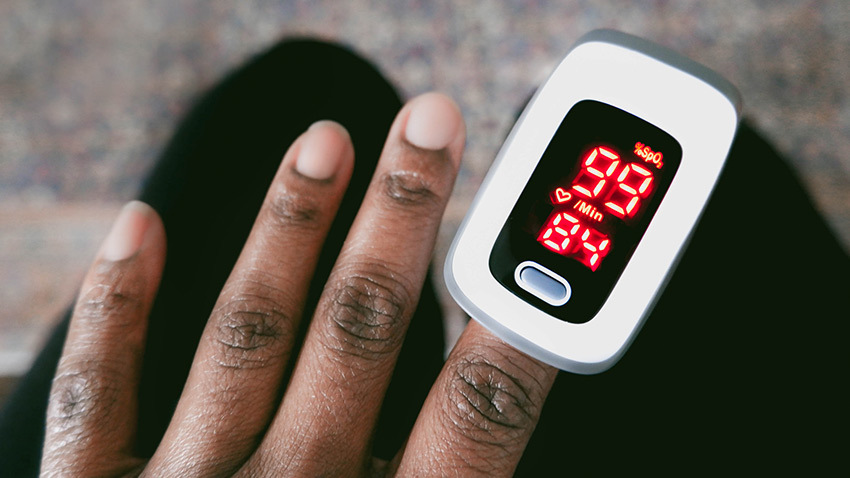 How do you push toward change when research has proven there’s a problem and the problem persists? You keep researching, you keep publishing, and you raise the volume of the alarm.

Valeria Valbuena, M.D. MSc, a general surgery resident at Michigan Medicine, did just that with a paper about how the accuracy of pulse oximeter readings varied depending on patients’ race and ethnicity (used as a surrogate for skin color). The findings noted how the prevalence of occult hypoxemia—defined as arterial oxygen saturation less than 88% on arterial blood gas measurement despite a normal pulse oximetry reading in the range of 92% to 96%—is significantly higher in Black patients compared to White patients.

“The pulse oximeter design has been flawed since the beginning. We have known about it for 30 years, and we have as a field made a conscious decision not to do anything about it,” Valbuena said.

Not realizing a patient is suffering from dangerously low oxygen levels can lead to delays of appropriate treatment, including extracorporeal membrane oxygenation (ECMO) treatment.

Valbuena’s paper, published in the journal CHEST, focused on patients about to undergo this treatment of last-resort for patients in respiratory failure. The retrospective study parsed data from the Extracorporeal Life Support Organization (ELSO) to determine which patients were more at risk for having occult hypoxemia.

A secondary analysis of patients with arterial gas readings below 88% despite pulse oximeter readings of 96% or higher showed that Black patients fared even worse even at the higher end of the pulse oximetry scale; they had three times the risk of occult hypoxemia compared to White patients.

Here are some key takeaways from the study and the process.

Valbuena is currently on Academic Development Time—a period of two years during which residents step away from clinical duties to focus on research.

It’s not unusual that she’d be producing papers during this time, but she said her work might prompt one question:

How is a surgery resident writing a critical care article?

The answer lies at the intersection of Valbuena’s research interest—healthcare disparities—and mentorship. Jack Iwashyna, M.D., Ph.D., is Valbuena’s primary mentor through the National Clinician Scholars Program, and a professor of internal medicine in the division of pulmonary and critical care medicine at Michigan Medicine.

Iwashyna was the senior author on Valbuena’s paper. He was also a contributing author to an earlier related paper by Michael Sjoding, M.D., an assistant professor of pulmonary and critical care medicine at Michigan Medicine, co-author in the CHEST publication, and leading voice for pulse oximetry reform.

Sjoding’s paper, published in the New England Journal of Medicine in December 2020, reported results from a similar analysis of occult hypoxemia rates in a group of patients receiving a wide-range of respiratory support; The study found that Black patients had nearly three times the frequency of occult hypoxemia that was not detected by pulse oximetry as White patients.

“At Michigan, surgeons have always been at the forefront of providing the best care for patients with respiratory failure, and surgeons run our ECMO services,” Iwashyna who pointed out he is not a surgeon, said.

Iwashyna said it was logical for Valbuena to research this problem, given her vested interest in it as a surgeon:

“Pulse oximetry is a key tool for keeping patients safe intra-operatively and post-operatively. It was easy to see that Val had the clinical and statistical expertise to solve this problem. Of course a surgeon would want to know if her tools worked less well for some of her patients, wouldn’t she? And if the tools were hampering her ability to get the best for her patients, who better than a surgeon to demand change?”

Good data in, good research out

Valbuena and her colleagues wanted to control for the degree of respiratory failure patients were in, so that they could replicate earlier results from Sjoding et al. in a patient population with similar severity of respiratory failure. They also wanted to go beyond Black and White for patient demographics to investigate whether other groups were affected by inaccurate pulse oximetry readings.

The appeal of using the ELSO registry data was the specificity of the patient population, which was universally severely ill, and the precision of the information.

“Because they (patients) were all going on ECMO, we knew that they were all very, very sick. ELSO has a detailed protocol for logging information on patients in the registry. They get information before and after ECMO initiation including very granular blood gas information,” Valbuena said.

The granularity and precision of the data helped the team zero in on how ill the patients were, and when, and pinpoint who might be missing out on timely access to lifesaving treatment due to faulty pulse oximeter readings.

Valbuena had firsthand experience managing patients on ECMO when she rotated in the ICU during the first wave of the COVID-19 pandemic and saw how important triggers were for action.

The standard for getting blood gases from patients on mechanical ventilation is perhaps as little as once a day, with pulse oximeters reading continuously. If the pulse oximeter reading is falsely high, critical time could be lost before a more accurate measurement is taken.

“Eventually someone’s going to draw a gas and note that the patient is hypoxemic, but hours could go with someone having really low and oxygen but with a normal pulse ox despite being in the ventilator. When we finally notice, we could be behind on intervening” Valbuena said.

Seeing data implying that Black patients are more likely to fall through the cracks in between blood gas measurements made Valbuena think about how she’ll approach management of such patients in the future.

“If I ever have another Black patient in respiratory failure in the intensive care unit, I will be getting a lot more blood gases, especially if I'm like looking at normal pulse ox and wondering why my patient is not doing well,” Valbuena said. 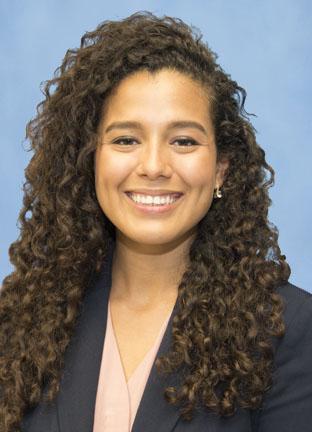