The non-invasive technique developed at the University of Michigan demonstrated a promising "abscopal" effect when used on certain cancerous tumors.

In surgical interventions for cancer, the approach is typically a less-is-better one: That is, the aim is to remove as much of a tumor as possible and then, often, treat what’s left with chemotherapy.

What if the tumor was recruited for the fight?

A study led by Clifford Cho, M.D., looked to histotripsy—a process that uses focused ultrasound to disrupt target tissue—to see whether applying it to cancerous tumors would generate an immune response within the tumor.

The results, published in the Journal for ImmunoTherapy of Cancer, point to a potential new direction for tumor-directed therapy.

UM Made
A homegrown technique with a new implication

Histotripsy is a unique non-invasive technique that uses mechanical rather than thermal means to destroy tissue. It is far more accurate, eliminating collateral tissue damage that can occur with other ablation techniques.

It was also developed here at the University of Michigan. Outreach from one of the inventors of historipsy, Dr. Zhen Xu of the Department of Biomedical Engineering, led to Cho’s lab being involved in the study.

“She was explaining how the thing actually worked and as she was describing the mechanism we got to thinking that there may be something unique about this that may have immune implications, too.”

The group started with some simple pilot experiments to see if their hypothesis was true—that histotripsy tumor destruction would stimulate an immune response. It was, and the response was stronger than expected. Mouse models targeting melanoma and liver cancer showed similar results.

“The magnitude of the response was a lot more potent than we were expecting. In melanoma the level of immune cell infiltration after histotripsy was actually not dissimilar from what we see from immunotherapy,” Cho said.

But why, exactly is this kind of response happening? It seems to have something with the kind of cell death histotripsy causes—a death that perhaps looks like viral infection death—and it’s something Cho is interested in understanding better.

Impact
A domino effect, and a benefit to tumor residue

Studies can produce lots of surprises, and it’s always best when they’re favorable. One such surprise Cho pointed to was the systemic nature of the immune response from histotripsy. In mice with multiple tumors, just treating one tumor kicked off the immune response at other tumor sites. This “abscopal effect” reflects a certain efficiency in the histotripsy treatment path.

“Even though the tumor cells are wiped out, the contents of what’s left behind are still recognizable to the point that when the immune system reacts to that, it can react to other sites of tumor,“ Cho said.

Histotripsy also seems to confer another benefit. Cho and his colleagues found that using the non-viable residue from a treated tumor like a vaccine seemed to provide some level of protection from mice who were later given cancer. The cancer wasn’t prevented, but the tumors grew more slowly and had a more potent anti-tumor immune response than normal.

Forward
Hope for more stubborn cancers, and a potential trial

Cho’s lab is focused on improving cancer immunotherapy by making it more generalizable to more patients. The cancers he treats most commonly, cancers of the liver and pancreas, are notoriously resistant to responding to immunotherapy.

As he put it, “Certain cancers hide a lot better from immune systems than others.”

Melanoma is often responsive to immunotherapy, so it was not surprising histotripsy would kick off an immune response in those cases. That the same happened with the more stubborn liver cancers in mice was especially encouraging—and gives him hope for the ultimate challenge: Pancreatic cancer.

“Our ongoing studies are looking to validate this in pancreatic cancer because that’s the hardest one. If you can get it to work for pancreas cancer, that’s as challenging as it gets,” Cho said.

Keying off of the insights gleaned from mouse models, Cho is exploring designing a clinical trial; a Phase 1 trial has already been done in Europe to prove its safety. The trial would likely be a multi-site one, but there’s a special draw to having one of those sites be where it all began.

“It’s a homegrown thing, so we would really like to have patients at the University of Michigan populate the first clinical trial,” Cho said. 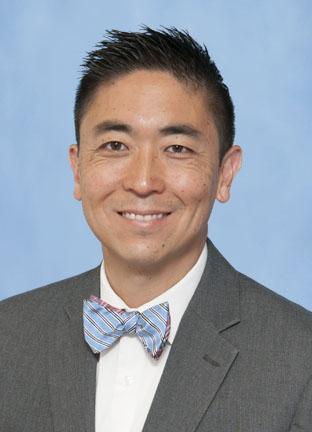