IL22 and PDAC: When Too Much of a Good Thing Goes Bad

The study found a quintessential example of cross-talk between the immune system and the rest of the body. 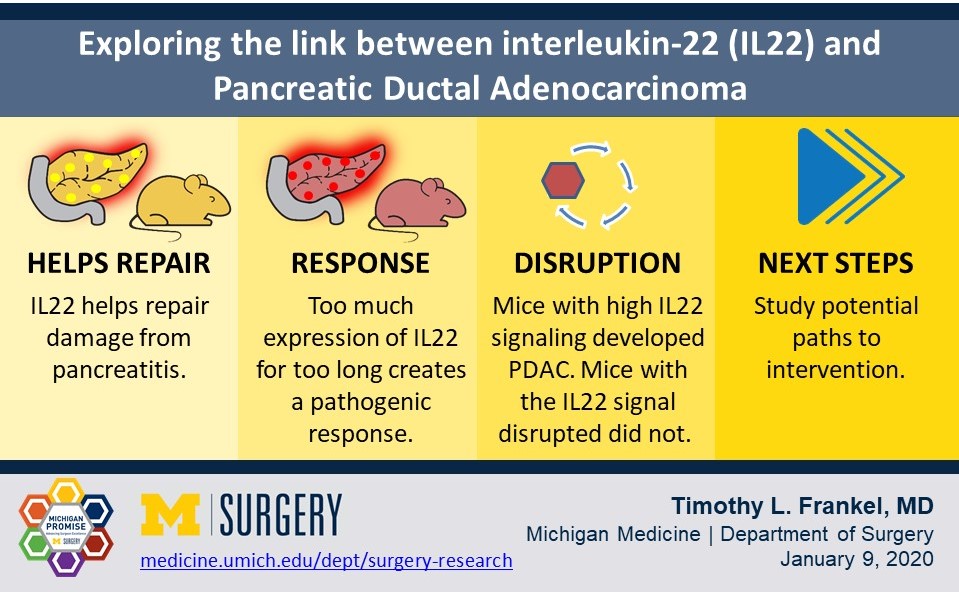 In a bout of pancreatitis, the protein-coding gene interleukin-22 (IL22) is an ally, helping to repair the pancreas. But there’s a twist: When the cytokine is present for extended periods of time as in the case of chronic inflammation, it can kick off a pathogenic response associated with the development and growth of pancreatic ductal adenocarcinoma (PDAC) tumors.

A study led by Dr. Timothy L. Frankel, an assistant professor in the Department of Surgery at the University of Michigan, investigated the relationship between IL22 and the development and progression of PDAC tumors, providing a potential “missing link” between chronic and familial pancreatitis and the increased risk of developing PDAC.

The findings were recently published in journal Gastroenterology.

“We know that patients that have chronic inflammation of the pancreas are prone to develop cancers. But what’s been unknown is the precise mediator between the immune system and tumor development. Identifying this could have broad implications for screening and prevention for at-risk patients and treatments for those suffering with disease,” Frankel said.

The study and findings

Researchers discovered that, during pancreatitis and tumor development, levels of IL22 were high, as were levels of the cytokine’s receptor, IL22R. Next, researchers turned to genetically engineered mouse models of PDAC which develop pancreatic tumors similar to humans. In mice with disruption of IL22 signaling, tumors failed to form.

The strength and clarity of the link was a surprise to Frankel’s team.

Another compelling finding of the study was the interplay between the immune system and epithelial cells in the context of PDAC onset: IL22 originates from immune cells, and its receptor, IL22R, exists almost exclusively on non-immune cells.

“Because this is released by immune cells but the receptor is only on non-immune cells, it really is a quintessential example of cross-talk between the immune system and the rest of the body,” Frankel said.

It’s clear that IL22 plays a key role in initiating PDAC. What now?

Potential paths to intervention among patients at risk for PDAC development—people with chronic and familial pancreatitis and those exposed to toxins like cigarette smoke—are the next steps to explore, Frankel said.

“There are two ways to look at this going forward. What is the switch which causes overproduction and can we control the production better? The flip side is that there’s a naturally occurring protein that binds and neutralizes this. Can we give some of this neutralizing protein to decrease the activity of IL22, particularly in cancers that have already formed to decrease growth and metastatic spread?”

Frankel and his team are investigating potential pharmacologic strategies to derail the faulty signaling and are interested in further exploring how IL22 may serve as an intermediary between the environmental causes of pancreatic cancer, like smoking, and the disease.

Ahead of further research, Frankel already has more questions about IL22.

“What causes such high levels in the pancreas? Is it necessary? If you don’t have it present at all, can you survive insults to the pancreas?” 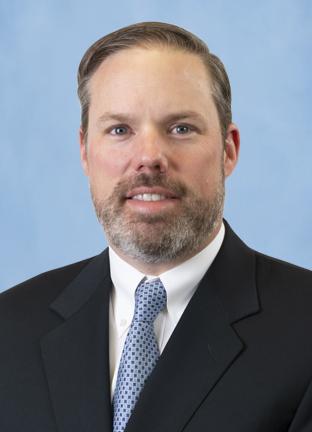