Learn more about the Delano Lab's work and impact. 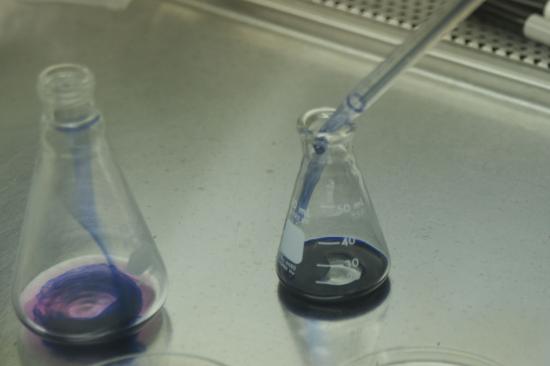 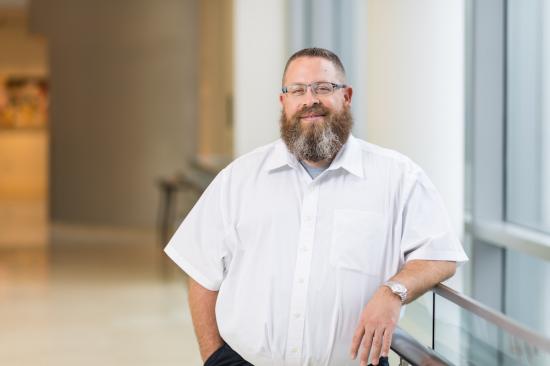 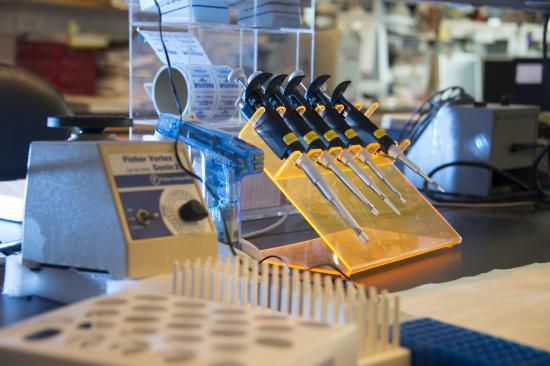 We are focused on gaining a greater understanding of the precise roles and functions of innate and adaptive immunity in diabetes and obesity and trauma and sepsis. As our knowledge has deepened, our approach has been to preserve the beneficial effects of inflammation, such as apoptosis, to promote wound healing and to clear infection. At the same time, we aim to dampen the damaging effects that lead to organ injury and failure.

Our findings over the past 15 years have pointed us to several immune deficiencies and processes implicated in sepsis mortality. These include the role of myeloid derived suppressor cell (MDSC) expansion and of signaling pathways between the innate and adaptive immune systems. As a result, we are one of the first research teams to hypothesize that immune-modulating drugs might benefit patients with sepsis, and we have been investigating several therapies in preclinical and clinical trials — with promising results.

Our laboratory conducts cellular, molecular and biochemical and genomic studies of the cells involved in innate and adaptive immunity. We use combined experimental models of diabetes, obesity, trauma, sepsis and renal injury to look at specific cellular and other changes that impact outcomes.

We are also conducting preclinical and clinical trials of immune-modulating therapies, such as G-CSF (granulocyte colony stimulating factor), GM-CSF (granulocyte-macrophage colony-stimulating factor), PD-1 (programmed cell death protein 1), anti-PD-1 and other checkpoint inhibitors. In addition, we are investigating the impact of bariatric surgery on immune cell function, rather than simply on cell phenotype. Whether bariatric procedures provide meaningful immunological benefit with respect to wound healing and infection eradication is an important question we are working to answer.

In early work, we investigated the impact of emergency granulopoiesis and the expansion of myeloid derived suppressor cells (MDSCs) following traumatic injury and inflammation. Findings from research using both preclinical and human models indicated that early generation – within hours to days of injury – and replenishment of adequate neutrophils and monocytes is necessary to survival. We were the first to show, using knockout models of sepsis, that this early innate immune response is critical.

We also found that over a longer duration, MDSCs can suppress the adaptive immunity of CD4+ and CD8+ cells, stimulate B cell antibody production and lead to ongoing catabolism. This led us to hypothesize that MDSCs play a role in the ongoing immune system dysfunction that leads to poor sepsis outcomes. Having established the key role of innate immunity, we next looked at the role adaptive immunity plays in sepsis survival. In that work, we were among the first to further clarify the (non-essential) role of T and T regulatory cells and the (essential) role of B cells.

Our work on granulopoesis and the role of MDSCs in innate and adaptive immunity led us to hypothesize that similarities in immune dysfunction associated with diabetes and obesity and in trauma and sepsis might be implicated in poor outcomes in these patient populations. We have begun to tease apart, cell-type by cell-type, the role and deficiencies of the innate and adaptive immune systems in preclinical and human models of diabetes and obesity to better understand the complex interplay among these conditions and trauma, inflammation, ongoing infection and sepsis.

Work using data from human trauma patients revealed distinct cytokine signatures of obese and of lean patients, with obese patients showing a muted cytokine response to injury and increased nosocomial infections, organ failure and subsequent onset of organ failure. We discovered that damage was propagated by two signaling molecules, TNF-alpha and CXCL12. We further showed in preclinical models that blocking these pathways helped preserve kidney function and prevent the organ injuries that lead to organ failure. Extending the work, we are looking at the functional immunological impact of bariatric surgery, which to date has proven the most effective treatment for obesity and can lead to long-term improvements in diabetes.

To these ends, we use preclinical models to replicate trauma and sepsis, and we are one of the few laboratories to combine them with preclinical models of obesity and type 2 diabetes. In experiments using these models, we saw a significant (three-fold) difference in survival between lean and obese mice with sepsis, and this led us to further investigate why the obese group wasn't able to clear the infection as effectively as the lean group.

In further experiments, we found that the neutrophils and monocytes in obese mice with diabetes are deficient in several ways, including their ability to engulf bacteria and generate reactive oxygen species to clear the infection. This research also found down-regulated AXL and MER receptor tyrosine kinase gene transcripts, which influence phagocytosis.

Next, we looked at the use of GM-CSF, which has been shown to improve lung injury outcomes in humans. We found that administration of GM-CSF improved survival by augmenting these two key cellular functions.

Our work is helping to broaden clinicians' approach to trauma and sepsis, expanding the focus from treating the initial injury to preventing infections, organ injury and other complications over the weeks and months following the initial event. Our lab was one of the first few groups coupling trauma and sepsis models with diabetes and diet-induced obesity models.

We are uncovering new ways to stratify patients, including using BMI, presence of diabetes and other factors that were previously unrecognized as impacting outcomes. We are following patients longer and more closely than in the past. A decade ago, we discharged patients and recommended follow-up with their family doctor. Now, we are more attuned to the many potential, complex and ongoing complications, and we are working toward new compounds and new uses of therapies approved for use in other disease states to reduce if not prevent devastating long-term impacts.

Taken together, our findings point to previously under-appreciated targets for potential immunotherapeutic approaches to sepsis and the prevention of organ failure. It is likely new therapeutic approaches will involve multiple agents, administered over a longer period of time than in the past. Findings also are leading us to explore the potential, and novel, use of immunotherapies in obesity and diabetes in the absence of trauma and sepsis.