Learn more about the Gallagher Lab's work and impact. 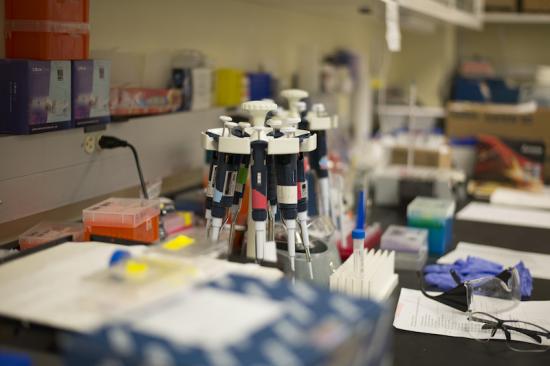 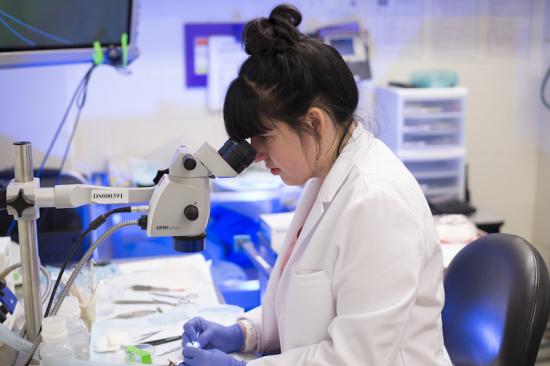 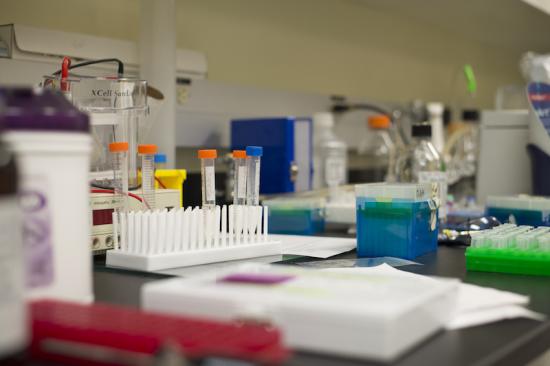 Inflammation is a necessary early phase of the healing process. In healthy individuals, monocyte/macrophage immune cells initiate the inflammatory process in the first stage of healing, and then they transition to play a more reparative role. This ability to transition to a reparative phenotype is known as plasticity, and the signaling underlying this process is impaired in diabetes.

How this transition takes place at the genetic, molecular and cellular levels has not been well characterized. Our laboratory's work is focused around identifying and clarifying the mechanisms that control monocyte/macrophage plasticity and encourage the chronic inflammatory state we see in diabetic wounds. Our aim is to translate the findings and discoveries in our laboratory to new and better treatments for clinicians to offer their patients.

Building upon our earlier findings and discoveries, we continue to delve into the many pathways involved in inflammation. Current research strategies and projects include investigations into the mechanisms and epigenetic pathways that regulate inflammation and metabolism in diabetic wounds and healing. In particular, we are looking at the interferon-beta/SETDB2 axis as well as how epigenetic changes in prostaglandin E2 synthesis alter macrophage function.

In parallel, we have established a new consortium of diabetic foot ulcer clinical research units funded through the NIH to identify and validate potential biomarkers and other predictive indicators of wound healing.

Additionally, we are examining the role of aortic epigenetic enzyme, JMJD33, in monocytes/macrophages in aortic aneurysm development. Research education is a pillar of our laboratory's work as well. We are training the next cadre of scientists in translational medicine by mentoring undergraduate and graduate students, post-doctoral fellows and residents. Dr. Gallagher is part of the Department of Microbiology & Immunology Graduate Program in Immunology as well as the vascular surgery T32. She has trained several T32 and F32 fellows as well as K12 recipients and MICHR translational training grants.

Over the years our laboratory has made a number of important discoveries that advance the understanding of disordered macrophage function and diabetic wound healing.

Early work looked at impairments in angiogenesis and vasculogenesis in diabetic wounds and clarified the mechanisms underlying how endothelial progenitor cells (EPCs) in the bone marrow impact wounds, via the chemokine SDF-1a. We found hyperbaric oxygen (HBO) therapy and via endothelial nitric oxide synthase (eNOS) in mobilized EPCs and improved diabetic wound repair.

This work also led us to identify the role of a number of the enzymes involved, including the histone demethylase JMJD3 and the histone methyltransferases, MLL1 and SETDB2, in macrophage plasticity and inflammation in diabetic wounds. Further work led to the discovery that SETDB2 is involved in the uric acid pathway implicated in gout. Targeting this pathway in our experiments with an approved agent led to improved diabetic wound healing in our murine model. The results suggest a potential new therapeutic target to further investigate to improve healing in patients with diabetes.

Our lab has also clarified the role of infiltrating monocytes on wound macrophage phenotype and how recruited monocytes affect inflammation and tissue repair. We were the first to show that Ly6CHi monocyte/macrophages are recruited to the tissue and, from our RNA sequencing data, showed that these cells have a different inflammatory profile from Ly6CHi cells from non-diabetic animals.

Nonhealing diabetic wounds are a significant public health problem, directly impacting costs of care and patients' quality of life. The fundamental discoveries in our laboratory allow for discovery of new drug targets and therapeutic approaches to treating these wounds. Early work suggests cytokine-targeted immune-based therapies can improve healing in our translational models.

Our laboratory maintains several active collaborations to improve our understanding of wound healing in diabetes.