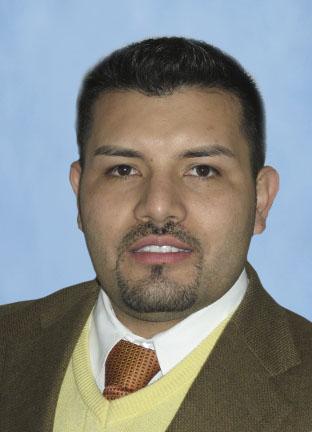 Alvaro Rojas-Pena, is a Research Investigator with the Section of Transplantation Surgery. Dr. Rojas received his MD degree from La Escuela Colombiana de Medicina - El Bosque University in Bogota, D.C. Colombia in 2002. After his graduation, Dr. Rojas joined the UMHS as a Research Fellow at the Extracorporeal Life Support (ECS) laboratory.

Dr. Rojas joined the faculty of the Section of Transplantation Surgery, in 2010. Dr. Rojas has been the recipient of many awards and honors, including research fellowship awards from American Society of Artificial Organs (ASAIO) in 2004 and 2007, travel grant from the Transplantation Society in 2005 in Brazil, and best Abstract presentation for ASAIO in 2009. In 2009, Dr. Rojas was honored by the Republic of Colombia Chamber of Representatives Resolution Honor "Order of The Democracy - Simon Bolivar - in the rank of Cross of Great Chavalier".

Dr. Rojas basic science research interests include cardiopulmonary pathophysiology, cardiopulmonary mechanical support systems, extracorporeal support systems applied to multiple organ failure/end-stage disease. His main interest is the use of extracorporeal support to resuscitate marginal donors after cardiac death. He developed laboratory models to assess if abdominal and thoracic organs can be resuscitated after significant periods of cardiac death, the time when heparin can be given after cardiac death without reducing later organ viability and strategies to improve graft viability. He also developed a model to test a wearable bio-artificial kidney based on peritoneal dialysis that fully replaces the lost glomerular filtration function and endocrine, metabolic, and immunologic function of the kidney.